You can be fined for feeding the homeless outdoors in Atlanta 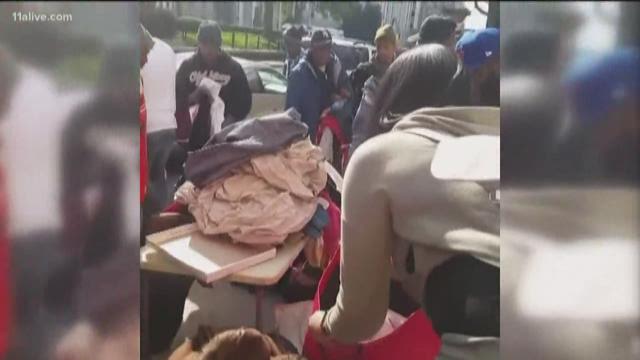 It's the giving season but, as groups try to feed the homeless and hungry, many are getting stopped and even fined in Atlanta.

Over the weekend, groups gathered in Hurt Park and other locations in Atlanta to provide services to homeless people. Instead of their intended recipients, volunteers were met by police.

Torrey Tomlinson with Old National Entertainment said police shut down their efforts before they could even get started.

"Here we are with carloads and boxes and plates of food and they were telling us no we couldn't unload it to give it out," he said.

His group was there to give out food and coats as a part of their annual "We've Got You Covered" event. He said they've done this for 4 years and never had a permit.

His wasn't the only group obstructed. While he was there, he saw at least five groups without permits turned away.

"People are just outraged and didn't know about the permit," he said.

Tomlinson's group packed up and found a church in downtown to set up shop, but the homeless population wasn't as large there.

In years past, Tomlinson said the group typically set up at the corner of Peachtree and Pine streets. But that homeless shelter closed this year and was not replaced with another. He said the prospect of being fined for passing out supplies to needy people is hurtful.

Community member Jason Salter was there, too.

"We shouldn't feel like we're doing something illegal when we're giving back," he said.

The ordinance requiring permits is not new and extends to all city of Atlanta parks. The enforcement of the ordinance is what changed.

Georgia State University (GSU) Police Chief Joseph Spillane said, after a meeting with the city, their police department changed the way they enforced the ordinances. He said their new approach is focused on encouraging groups to partner with professionals in the field of serving the homeless population instead of going at it alone.

"If you give to a location that provides services to the homeless - services to people in need - you provide a better service because there is other service beside giving people a plate of food," he said.

Spillane said the department began passing out fliers explaining the permitting process about a month ago but said getting the word to every group is not easy, calling it an awareness issue because groups come from all over to serve meals to Atlanta's homeless people.

He also explained the reasons behind the change in enforcement saying feeding people outside raises a host of sanitation and logistical issues. Officials are now encouraging groups to partner with indoor facilities so that there are places to use the restroom, wash hands, etc.

The Georgia Department of Public Health regulates the permitting process for food service vendors. According to state law 511-6-1-.02, a valid permit is required for all foodservice operations.

There is also a city of Atlanta ordinance requiring a permit for gatherings of more than 75 people.

Community member Tequia Lester didn't know about the permitting requirements and said when she arrived, they had an abundance to give to people who needed it.

"We had so much plates, so much clothes - everything," she said. "It's just disheartening because we saw people with children out there."

Spillane said their goal includes giving groups an effective way to reach the homeless population, aside from passing out food.

GSU police also have their Homeless Outreach and Proactive Engagement (HOPE) team that reaches out to homeless people in their jurisdiction.

So far, GSU police said they have not issued any citations related to groups not having permits.

11Alive has reached out to the city of Atlanta and the Atlanta Police Department to get information on the change in enforcement of the ordinances.

APD spokesperson Sgt. John Chafee said he could not locate any citations that have been issued or arrests made by Atlanta police.

"Our goal at APD is to raise public awareness around these public feedings and to help well-meaning people understand that there are better ways to help homeless individuals get access to the care and resources they need," Sgt. Chafee said.

He said the city and police work together to connect homeless people with resources through a "variety of initiatives."

"Our key point is that homelessness is not a crime, we seek to help them get resources, help with job searches, substance abuse programs, mental health counseling, etc," Chaffee said. "Let me know if you have any further questions about our goals."

He also reiterated that the law is now new. 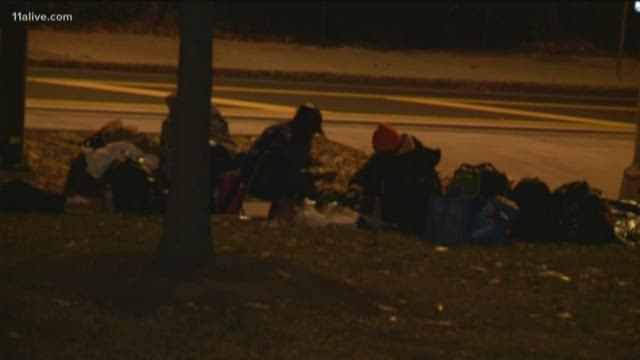