Report: Driver who hit bridge on I-16 was driving with expired license 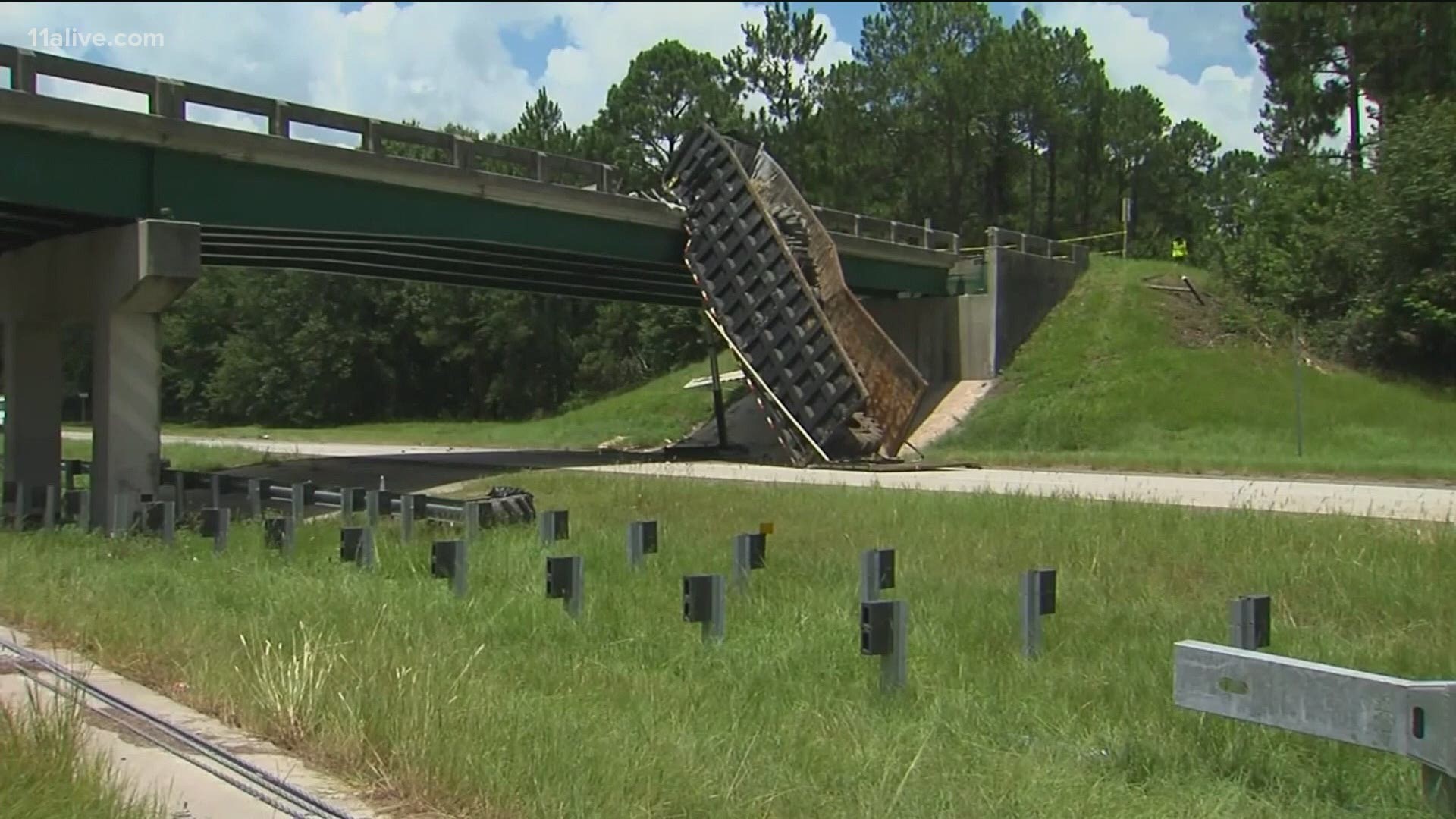 SOPERTON, Ga. — The driver of a truck that destroyed a bridge on I-16 last week was driving with a expired license, according to a Georgia State Patrol accident report.

They say Cecil Reeves, of Letohachee, Alabama, blamed the back of his dump truck being raised on an equipment malfunction.

It smashed into the Highway 86 overpass and shoved parts of the bridge back several feet.

The report also says a passenger was riding in Reeves’ truck – a woman from Mississippi – but neither were injured.

The stretch of Highway 86 is closed until further notice.

'Causing so much commotion': Treutlen County sees spike in traffic due to bridge crash, detour