The fire department said there was significant damage to the top floor units. 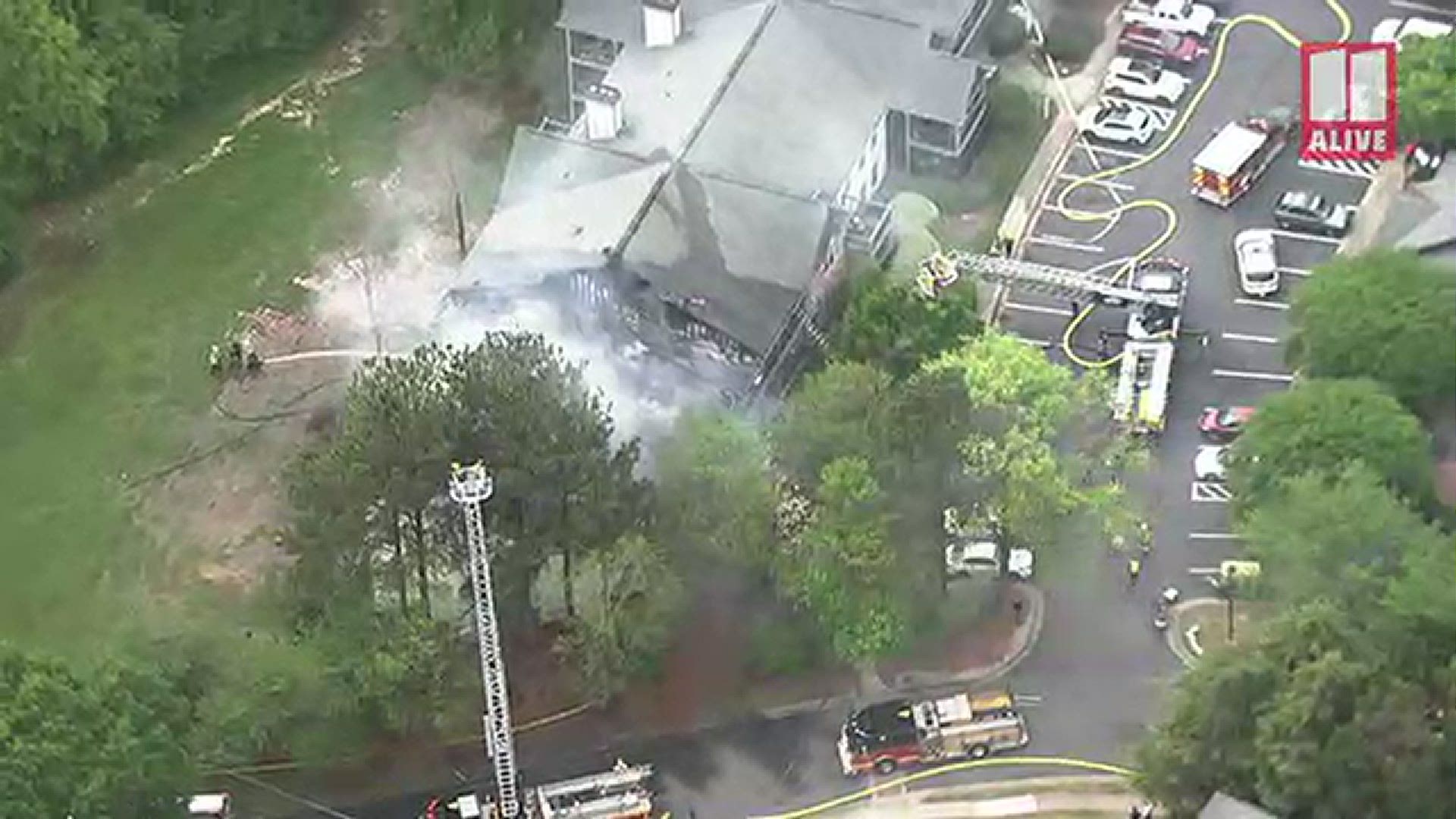 ATLANTA — Authorities say roughly 40 people have been forced out of their apartments after a fire ripped through one building in a Duluth complex on Friday afternoon.

Gwinnett County Fire officials said they were called to the Bridgewater Apartments on Ridge Brook Trail just after 5:30 p.m. Flames were shooting through the roof from the rear of one of the buildings when they arrived.

Photos from the scene that were shared by the department showed massive flames towering over the apartment building.

BREAKING: Firefighters responded to a major apartment fire at the Bridgewater Apartments in Dululth. Heavy fire involvement found on arrival. No injuries reported and fire knocked down. Fire PIO is on the scene gathering more info. pic.twitter.com/ZdnpzrnUHf

The 11Alive SkyTracker also flew over the scene where you could see firefighters working. The roof and structure appear to be heavily damaged.

It took roughly 45 firefighters about 35 minutes to bring the fire under control. In all, 20 apartments were impacted with three heavily damaged by fire and two more damaged by water.

The American Red Cross is now helping those impacted and the residents who currently have nowhere else to go.

No injuries were reported by firefighters and two pets - a cat and a dog - were recovered. No details on a cause have been released yet.