Firefighters from Gwinnett County and Johns Creek worked together to help them - 35 of which had to be rescued. 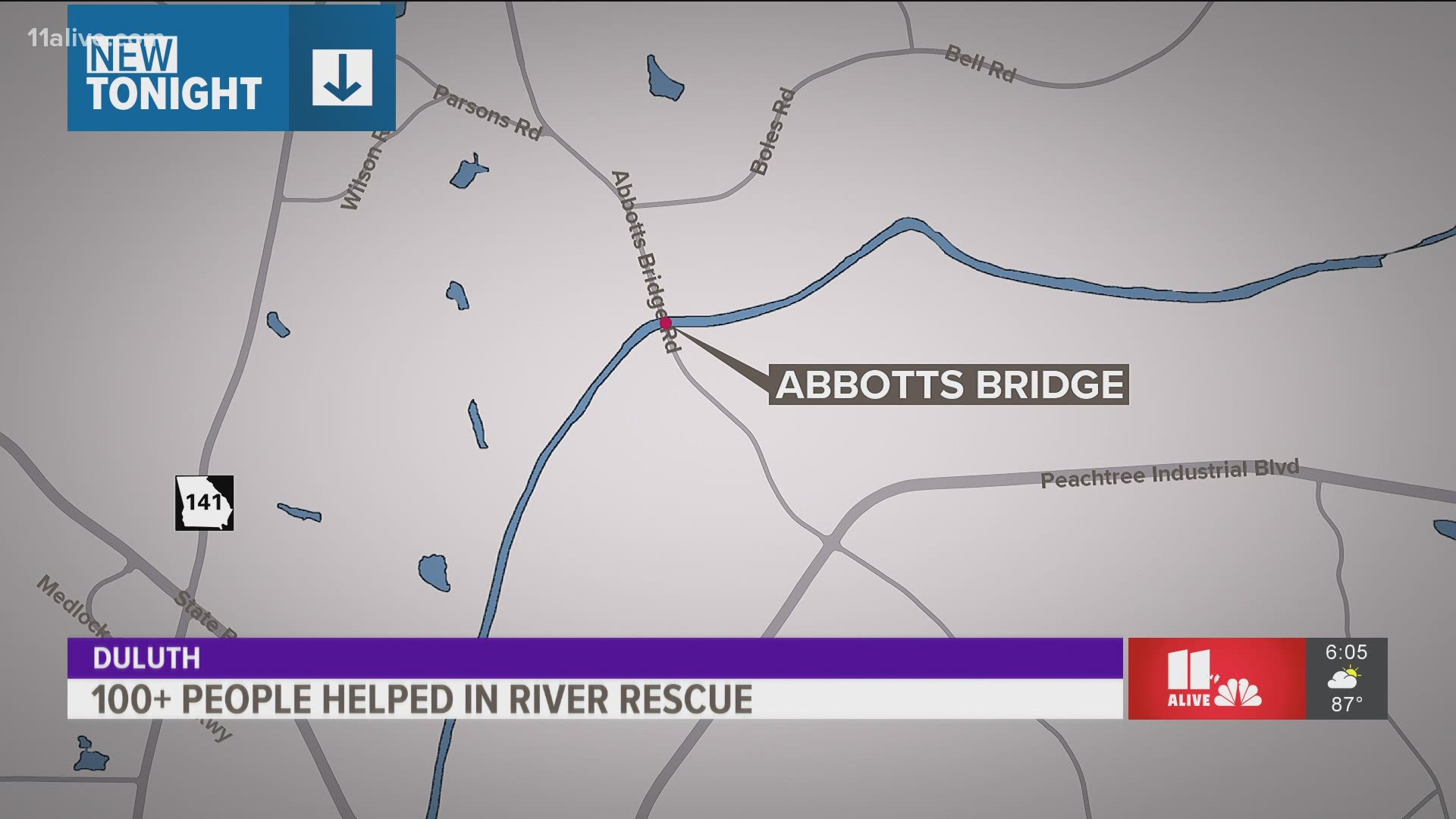 DULUTH, Ga. — More than 100 patrons of a river tubing tour found themselves in the middle of a massive storm on Saturday - with dozens having to be rescued by area firefighters.

Gwinnett Fire reported that they were called to the area of Abbotts Bridge in Duluth on the Chattahoochee River to reports of a group stranded by a strong thunderstorm that caused the river to become dangerous.

Gwinnett Fire worked with the Johns Creek Fire Department on reports of multiple patrons of a tubing company tour who needed help. The crews then worked together to remove people from the water and placing them on the riverbank.

A large group of people had already gotten out of the water and taken shelter by the time crews began their work. But the threat of lightning and strong wind forced them to seek shelter in a staging hut owned by the tubing company rather than under the bridge.

Over the course of two hours, firefighters helped 111 people get to safety until the storm calmed. Firefighters used their rescue boats to get to 35 people who needed help. Despite the large number of people, there were no reports of injuries.

As a result of the alarming incident, Gwinnett Fire is warning the public to be aware of the weather before going into the water.

Boil Water Advisory remains in effect until at least 7:30 p.m. for much of Atlanta, southern Fulton

Trump denies being briefed on reported Russian bounties against US troops