As authorities still explore what caused the explosion, attorney Dylan Bess said all options are on the table legally. 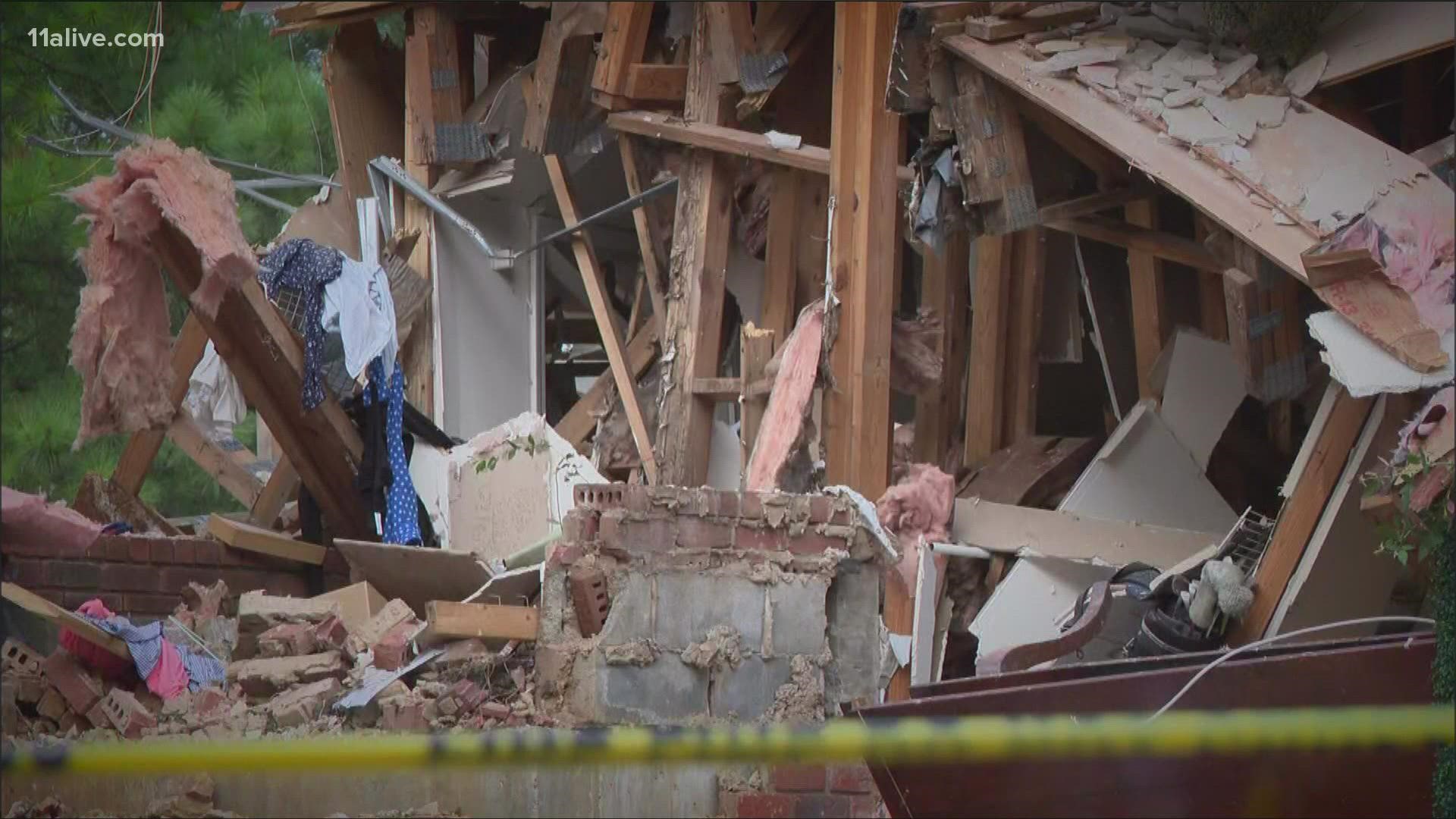 DUNWOODY, Ga. — The attorneys for one of the people hurt after several units exploded at a Dunwoody apartment complex over the weekend said their client is still shaken by what happened.

Dylan Bess, an attorney with Morgan & Morgan, said Sherelle Baker just happened to be at the property Sunday afternoon to meet with a co-worker who lives at the Arrive at Perimeter.

"She was sitting in her vehicle parked right up against the building at the moment it exploded," he said.

"And I'm just imagining being her sitting in that car right up against the building at that moment, it explodes and you see breaking glass and everything else coming your way," he said.

According to DeKalb Fire and Rescue, four people were hurt in the blast. At least 25 units were damaged in the explosion.

"She suffered a concussion and some other injuries and has been undergoing some medical treatment for that," Bess said.

"She was knocked unconscious when it happened," he explained. "She's been discharged from the hospital, but still just struggling, I think emotionally, and coming to grips with what she experienced."

As authorities still explore what caused the explosion, Bess said all options are on the table legally.

"Where our core facts are right now is to send the proper folks out there, the proper investigators, to help us make some determination as to what happened. And we hope that we have the coordination of the property managers over it," he said.

On Tuesday, inspectors spent the day trying to determine if there were any signs of a gas leak. One resident told 11Alive on Monday that some people smelled gas the day of the blast. Atlanta Gas Light said they did receive word about the presence of a gas smell, and they were on their way to the apartments when the explosion happened.

Dekalb Fire also mentioned that when they arrived on the scene, there was a strong smell of gas in the area. They confirmed that they did receive a call from the leasing manager about a gas smell prior to the explosion.

Gas will remain off until all units are inspected and conditions are deemed safe. Some of the people displaced by the explosion are staying in nearby hotels.