Brother describes Dunwoody attack that claimed mother, sister: 'I’ll never forgive him, ever in my life'

In a matter of moments, Malachi Williams lost his mother and sister. Speaking on the phone on Monday, he remembered them and described the person who took them both. 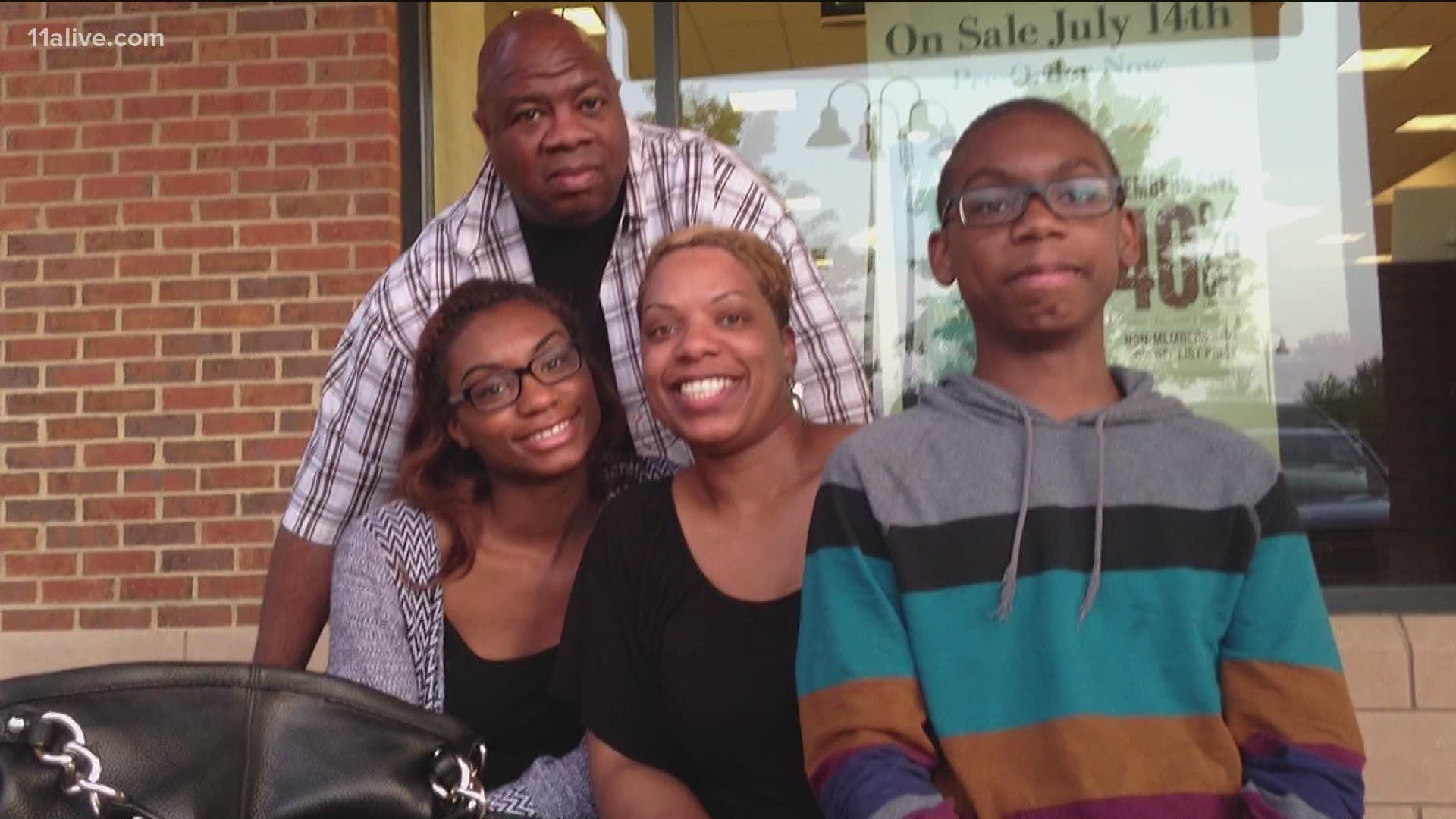 A young woman’s boyfriend-- now charged with killing her and her mother - and with shooting and wounding her brother.

That injured brother now says his sister was trying to get away from her boyfriend when he opened fire.

Malachi Williams spoke on the phone with 11Alive Monday night about how his sister’s boyfriend came after them all Sunday night, pulling a gun on them, at Dunwoody Glen Apartments. Williams described how their mother gave her life for her children’s lives by jumping in front of the boyfriend as the man opened fire.

“She wasn’t kidding when she said she’d die for her children,” Malachi said.

Sunday night, Danyel Sims used her body as a shield trying to save both Malachi, and her 22-year-old daughter, Crystal Williams.

Malachi said his sister, Crystal, was arguing with her live-in boyfriend, 23-year-old Justin Deion Turner, and she was trying to get away from him to go home with her mother.

But, as they were driving out of the apartment complex, he said Turner came after them and blocked them with his own car.

“Out of nowhere, Justin cuts us off, and comes out with a gun,” Malachi said. “He pulls Crystal out at gunpoint and my mom gets outside.”

“My mom is over her, using herself as a shield for my sister,” he added.

But then Turner opened fire.

“And he was point-blank. Like, he was right there. And he just shot, boom, boom, boom,” Malachi said. “And, then, all of a sudden, I guess he just pointed it at me, he just wanted me dead. I don’t know how he missed.”

Turner drove away but was arrested on Monday. Jail records show Turner was also arrested this past April, charged with aggravated assault against a police officer, and was released a few days later.

There’s no indication, yet, what the status of that case is.

Malachi spoke of how his sister, Crystal, had tried to get away from Turner before and could not. He described her as the family’s light.

“My sister was the funny one,” Malachi said. “She was just like, life of everything.”

He described a swarm of emotions now setting in since that violent night.

“I’m angry and sad. It’s immense anger and sadness,” he said. “Just, I’ll never forgive him, ever in my life.”

Dunwoody Police were interviewing Turner through the night before booking him on several charges including two counts of murder.