Kevin Mackey is known for advocating on behalf of others with the same disability. 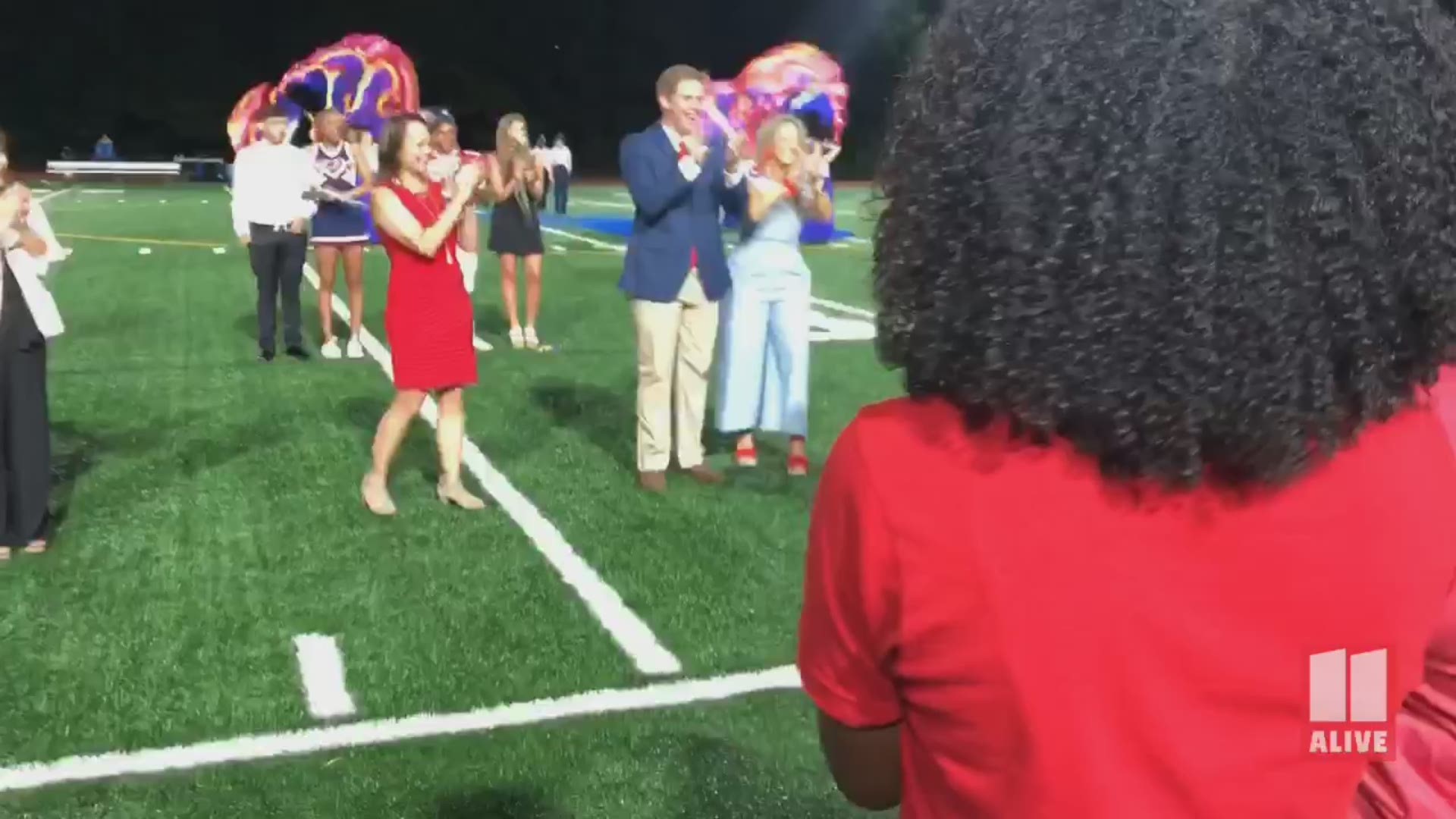 DUNWOODY, Ga. — His name was called and the crowd went wild.

Mackey is a student at Dunwoody High who has Down syndrome and is known for advocating on behalf of others with the same disability.

Kevin is on the football team, and was recently crowned homecoming king. At the game, Kevin received a standing ovation when it was announced that he won.

You could see the joy on his face, along with the smiles of everyone who was around him.

Take a look a the clip below.