The house was near the DeKalb-Gwinnett county line. 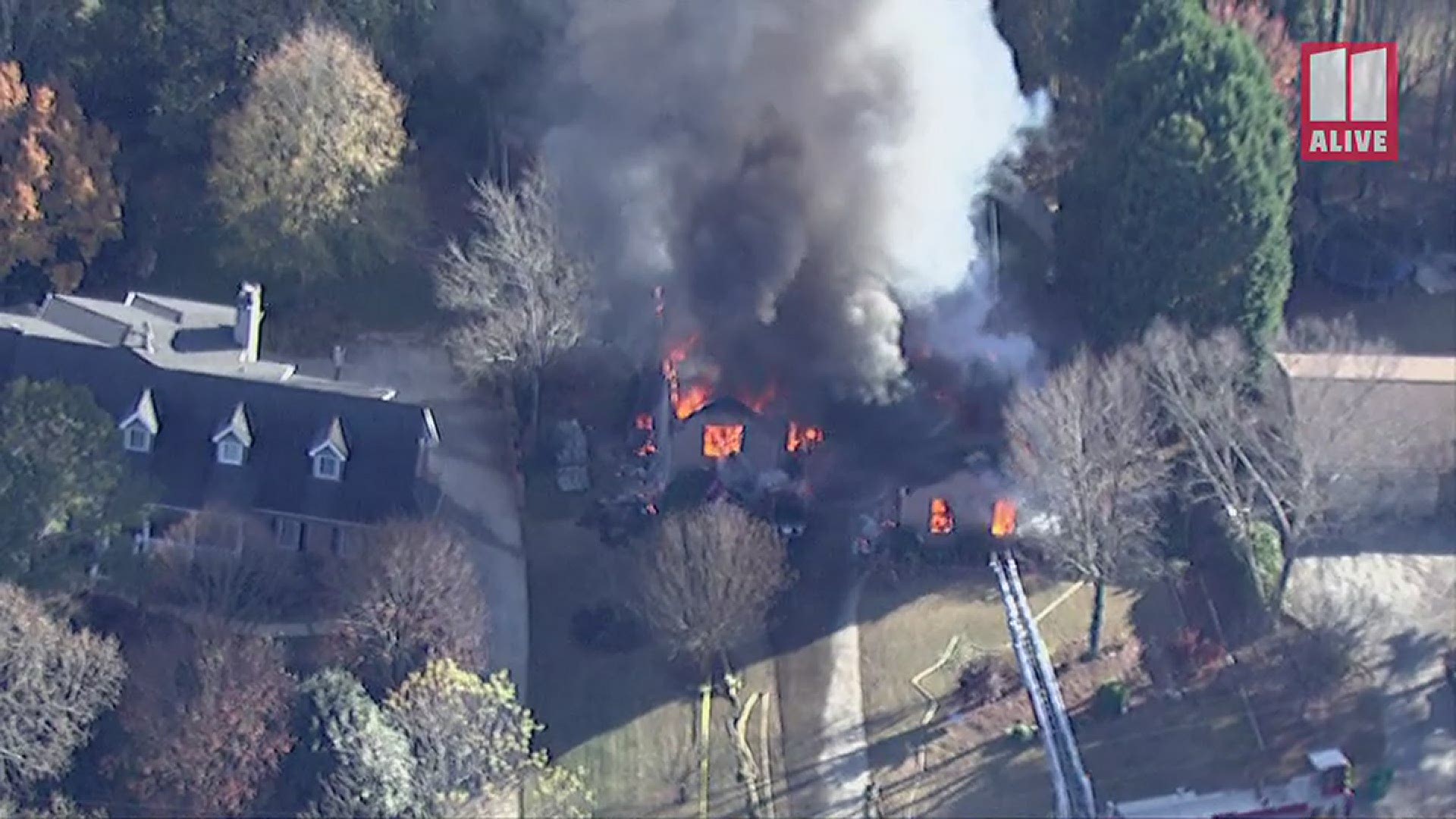 DUNWOODY, Ga. — Firefighters from DeKalb County were on the scene of a large house fire near the border with Gwinnett County in Dunwoody on Wednesday afternoon, officials said.

The fire was located at a home in the 2600 block of Fountainbleau Drive, according to fire department officials.

Images from 11Alive SkyTracker showed flames coming from windows on all sides of the structure, as well as a large amount of smoke coming from the home.

No injuries were reported, officials said.