Fortunately the officer was not seriously injured in the incident. 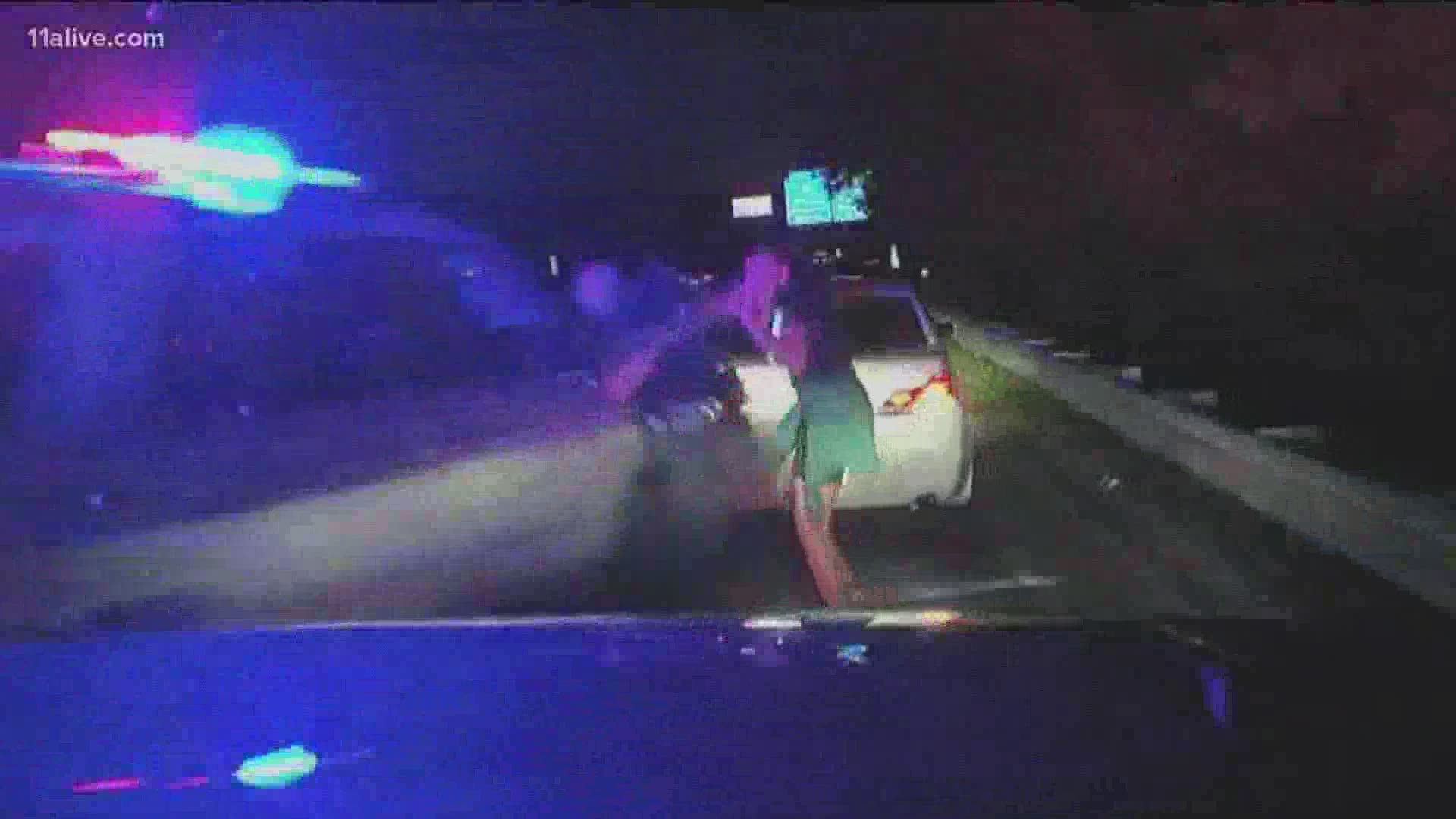 DUNWOODY, Ga. — Dunwoody Police released dashcam video on Friday that shows the scary moment an officer was sideswiped while making a traffic stop.

The department said in a Facebook post that the incident happened on I-285 as Ofc. Slade Mehas was speaking with a driver he pulled over.

As that was going on, a drunk driver crashed into his cruiser, which then slammed into him. He also fell into the driver, knocking her over the guard rail.

"Ironically, Officer Mehas is one of our top DUI investigators," the department wrote.

"The danger from DUI drivers is still real today even though there are so many options available instead of getting behind the wheel impaired," Dunwoody Police said. "Your decision not to drink and drive may save your life or the life of others."