A memorial page in his honor said Kim McGrady jumped into action to save others, sacrificing his own life in the process. 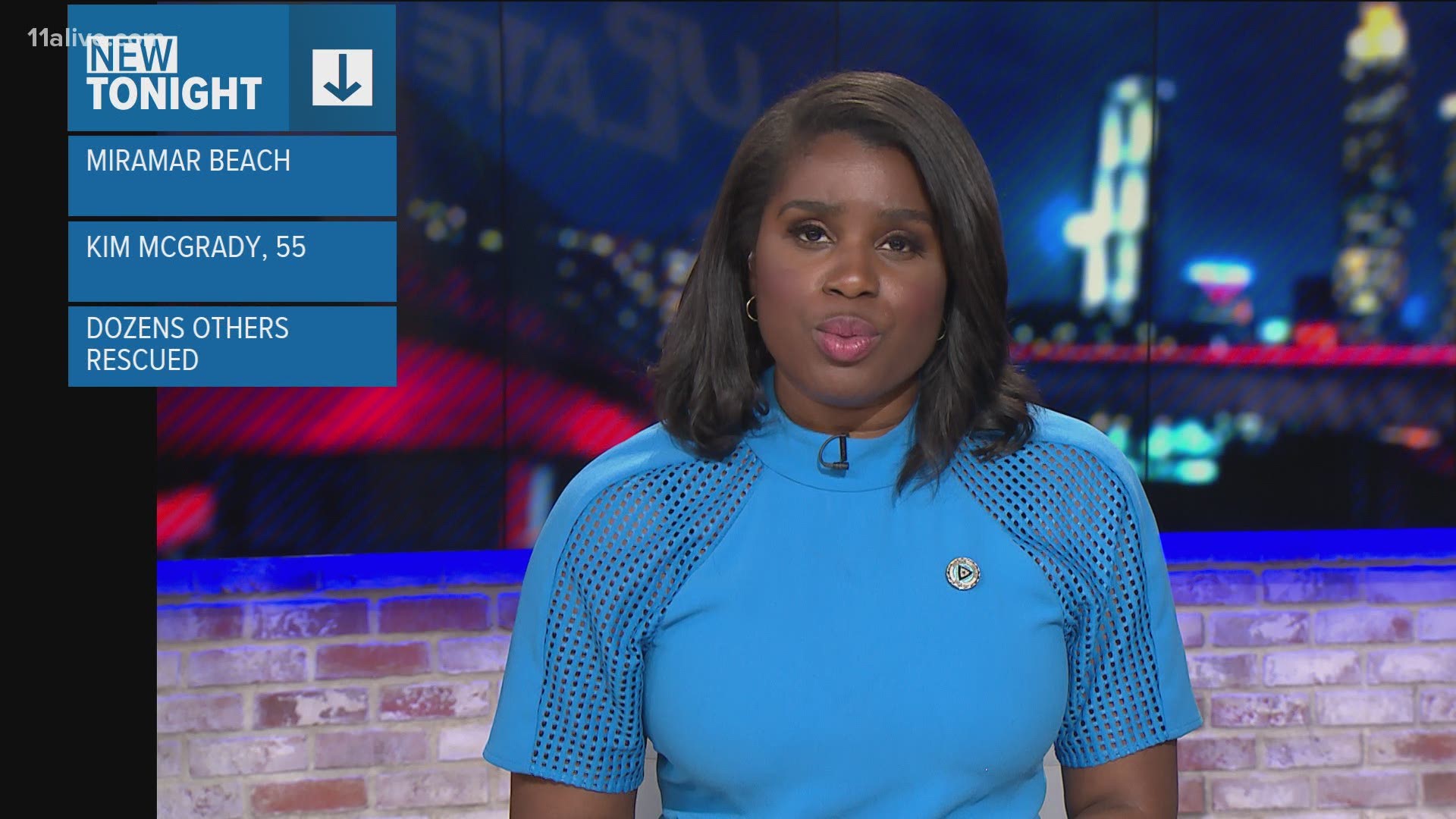 MIRAMAR BEACH, Fla. — Authorities in Florida have identified two men who died following a large rescue at a Gulf Coast beach on Thursday - and they say one of them was from metro Atlanta.

A spokesperson for the District One Medical Examiner's Office in Florida confirmed to 11Alive that 55-year-old Kim McGrady died by accidental drowning.

The Walton County, Florida Sheriff's Office reported on Thursday that roughly a dozen people were rescued from the water that day. Conditions were so dangerous that an already dangerous red flag warning was upgraded to a double-red flag, meaning the water is closed to the public.

A memorial set up for McGrady said that he died trying to save others while at the beach with his family.

"While saving three people, Kim got caught in the riptide and drowned," the memorial said. "Kim was always one to put others before himself. Kim McGrady left this world a hero."

The two deaths and the moments of danger for many others brought the sheriff's office to plead with those swimming to be aware of the currents and the warnings.

"Know that just because we cannot keep you out of the Gulf during single red, does not mean you should be in it," the sheriff's office said. "Mother Nature can be very unforgiving."