Police release video of officer being dragged on I-285, say suspect was trafficking drugs 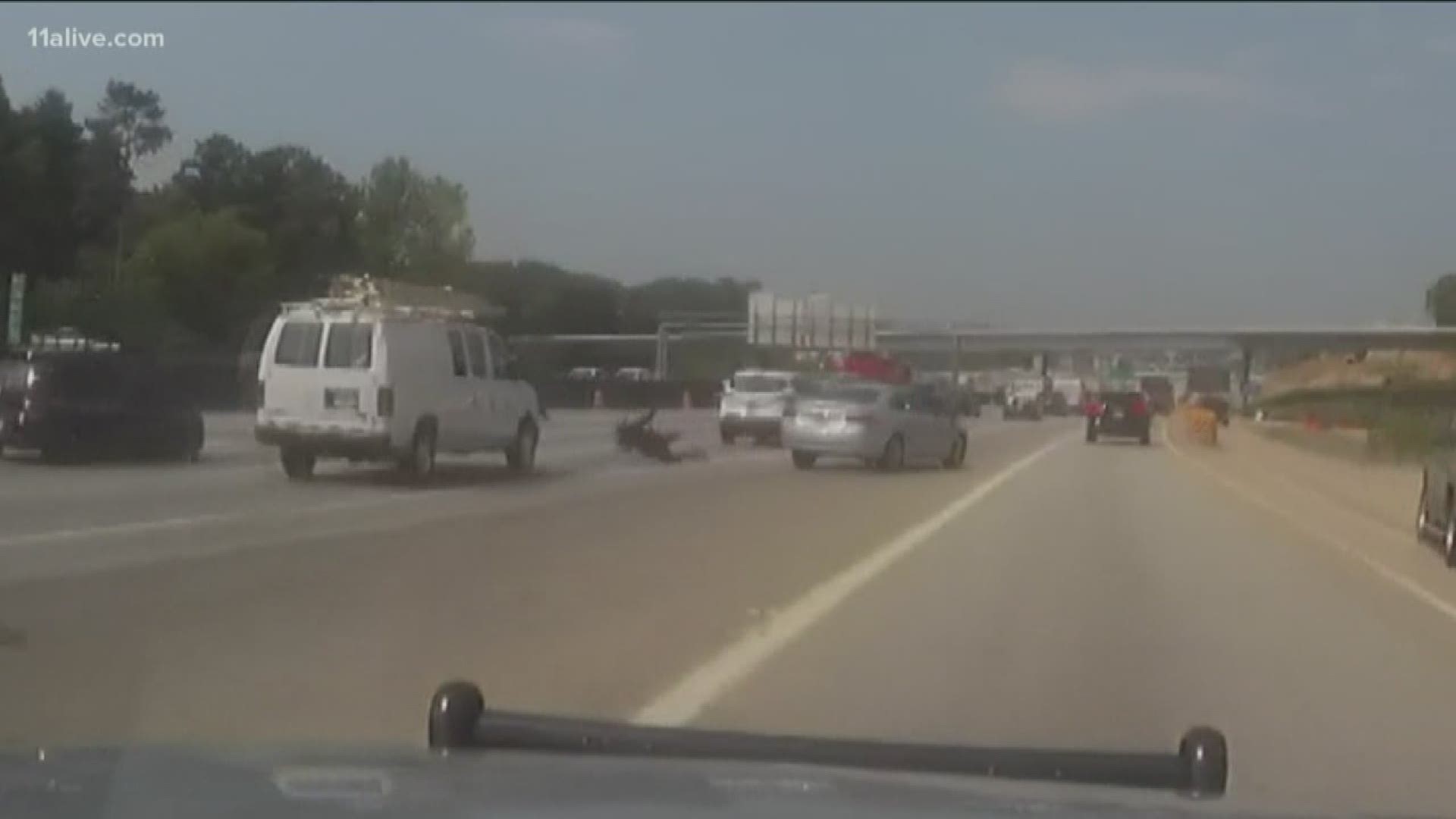 DUNWOODY, Ga. — Police say the man who dragged an officer on I-285 Thursday was trafficking ecstasy and was in possession of marijuana with intent to distribute.

Simpson was first pulled over at 11:35 a.m. for violating the hands-free law on Ashford Dunwoody Road near I-285. Police released dashcam video from the incident on Friday.

While speaking with Simpson during the traffic stop, Dunwoody Police Officer Nathan Daley noticed he began to put the vehicle in gear. Daley reached into the vehicle in an attempt to stop him from fleeing. Simpson accelerated with Daley still partially inside the vehicle. The officer held onto the vehicle as Simpson sped away.

While holding onto the vehicle, Daley told Simpson to stop the car multiple times, but he would not stop.

Once on I-285 West, Simpson struck a white Ford van, knocking Daley to the ground.

Another Dunwoody Police officer pursued Simpson west on I-285 and eventually caused a multi-vehicle crash just before Roswell Road. That officer pulled up as Simpson was escaping on foot from the wrecked vehicle. The officer chased Simpson and took him into custody. 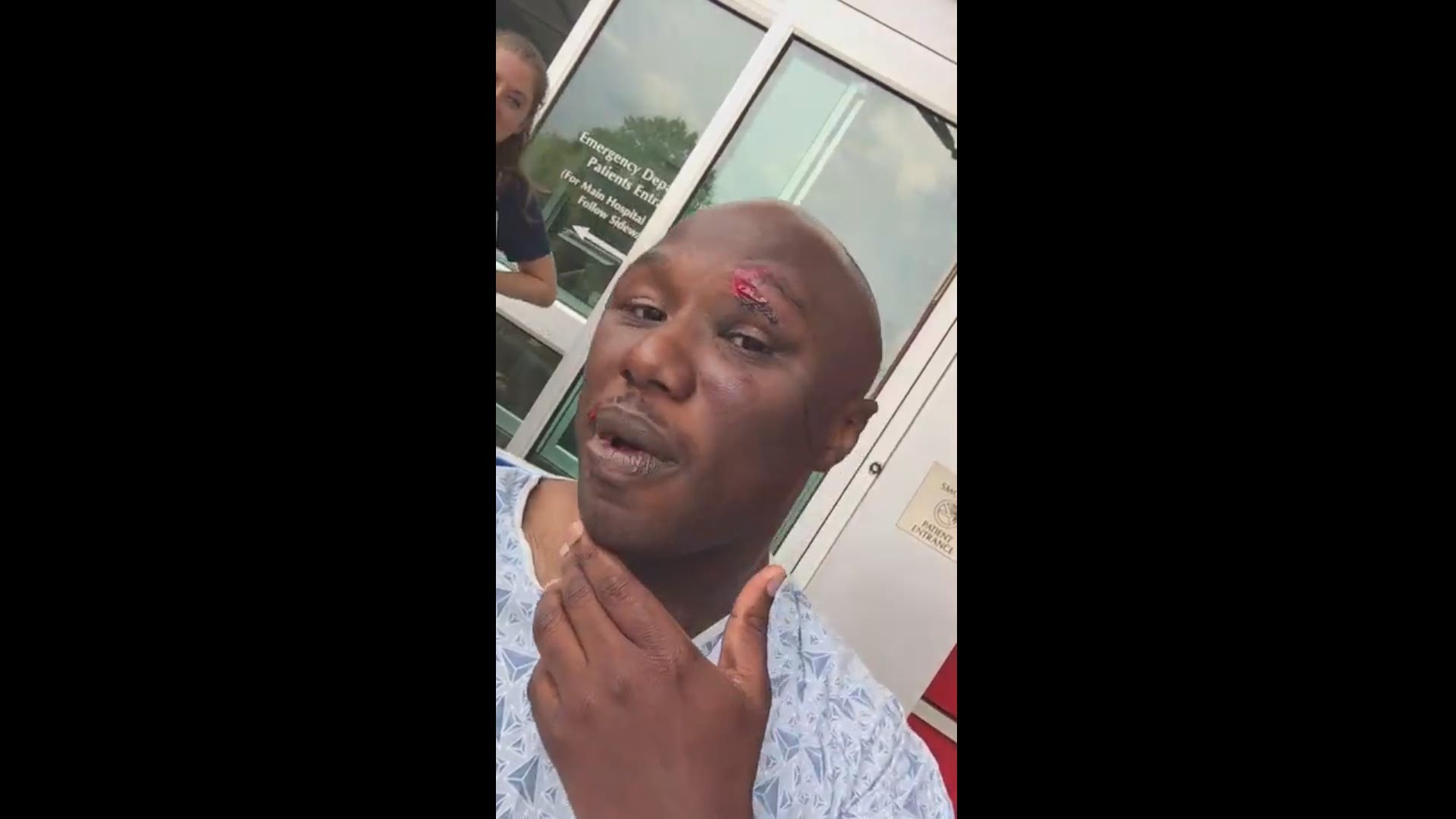 Daley was taken to the hospital in stable condition and has since been released to recover from his injuries at home. There were no other injuries.

In a video Daley released Friday, he thanked the community and appeared to be in good spirits.

"I will bounce back," Daley said. "Ten times stronger."

He joked and said he accepts donations in the form of sweets --  cookies, cupcakes ... particularly vanilla or red velvet.