Every client is given a code unique to them. After entering the code and taking a test, the computer stores your exertion and tracks each session. 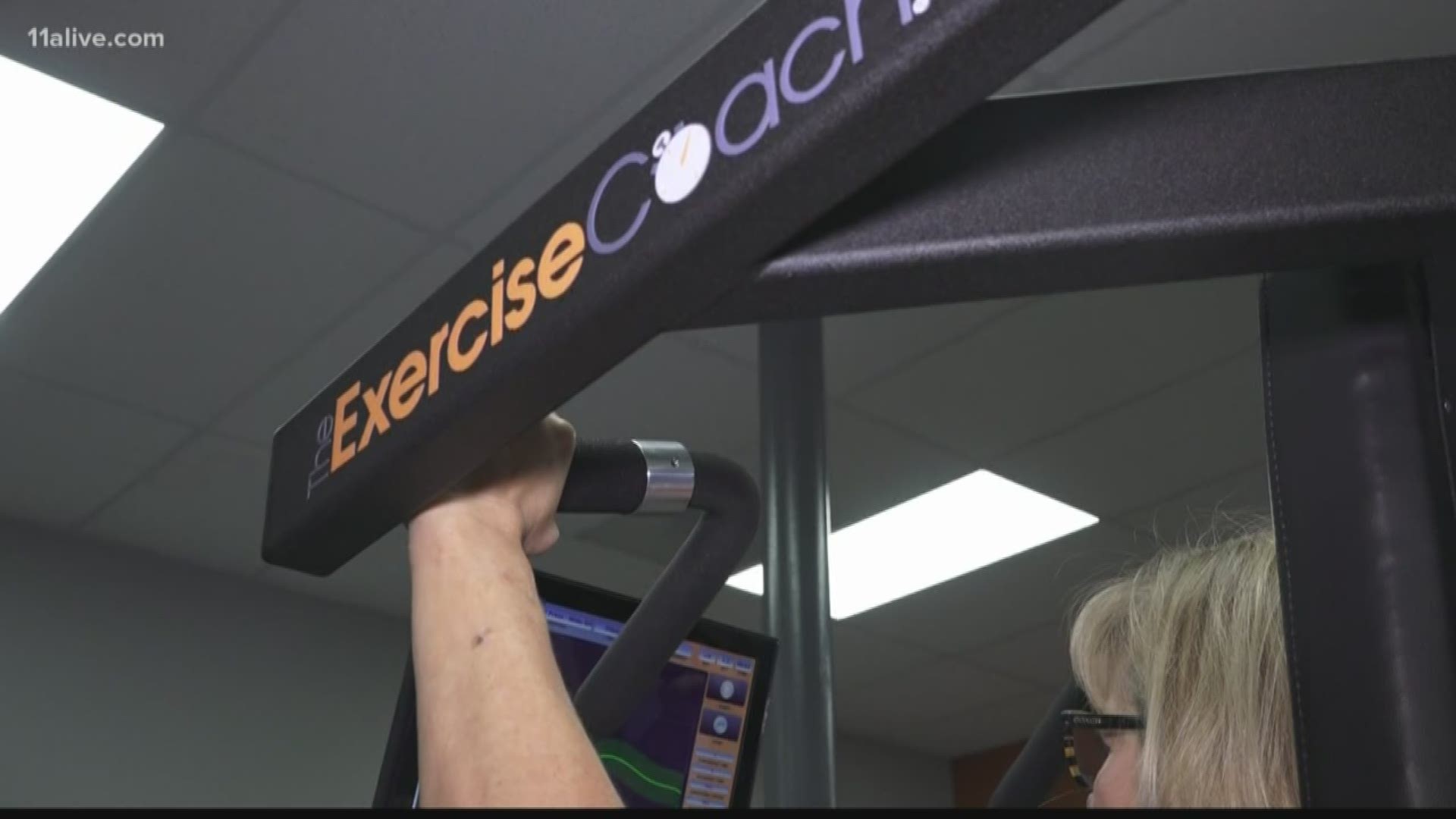 Aerobics, Tae Bo, and remember those belts you could strap around your waist that were supposed to just giggle the pounds away?

Most of us probably enjoyed watching shows about the future when we were kids. Would we have talking robots and flying cars? In 2020, we still don’t have those flying vehicles, but what we do have people using artificial intelligence to improve and shorten their workouts.

Think Peloton, Mirror, FitBit -- and now small "smart" gyms are popping up around the country.

In particular, a personal fitness gym called The Exercise Coach is expanding in Metro Atlanta. The gym has no weights and uses machines only to train the client. It’s also only supposed to take 20-minutes, two times a week.

Many might stop here and think, “come on, really? You can’t do anything in 20 minutes.”

You wouldn’t be alone in that thinking. Even the owner of the Dunwoody location had that thought before his wife tried out the machines at a different location in Roswell.

“We kind of poo-pooed it a little bit and said ‘can you really get a workout in 20 minutes’ and she tried it and she did,” said Marshall Millikan.

After a few workouts, Marshall and his wife, Pam started looking into the Exercise Coach and decided to open one of their own.

RELATED: Tips for getting healthy and staying safe in the new year

“Oh, come on, you can’t do that. I was one of those people,” said Lowe. “You’re cramming into an entire hour at the gym in those 20 minutes.”

Every client is given a code unique to them. After entering the code and taking a test, the computer stores your exertion and tracks each session every minute. The machines record your best three attempts, then average them, so when you return the next time you have a benchmark to target.

Basically, you’re using your max amount of effort for the entire workout.

“Maximizes what exercise is all about, which is efficiency,” said Lowe.

A new client, Jill Wells, said that aspect is what drew her into the gym.

“Small and personalized, so I know I’m doing the most for me, where if I was doing it on my own, I probably wouldn’t work as hard,” she said.

“Abs, pull down, press,” she explained.

She said she loved the technology aspect is what makes for an interesting and intense workout.

“It’s pretty cool actually, and it’s like wow, it’s sensing what your body can do. I can feel that I, you know, worked out.”

Unlike traditional gyms, The Exercise Coach is small and utilizes trainers and appointments. At the Dunwoody location, one to two people will workout at a time or a group of up to four people with a trainer.

Lowe and Wells both believe there is a need and want for innovation in fitness.

The Dunwoody location is 2090 Dunwoody Club Drive. The Millikans hope to open another location in Johns Creek in the next few years. The Exercise Coach has open 70 locations in the U.S. and over 20 in Japan.