During WWI, this nurse stayed behind to help others. 100 years later, she's being honored.

A new headstone reads that Camille Louise O'Brien was a person who couldn't rest when she knew there were men "being brought in faster than their wounds could be dressed." 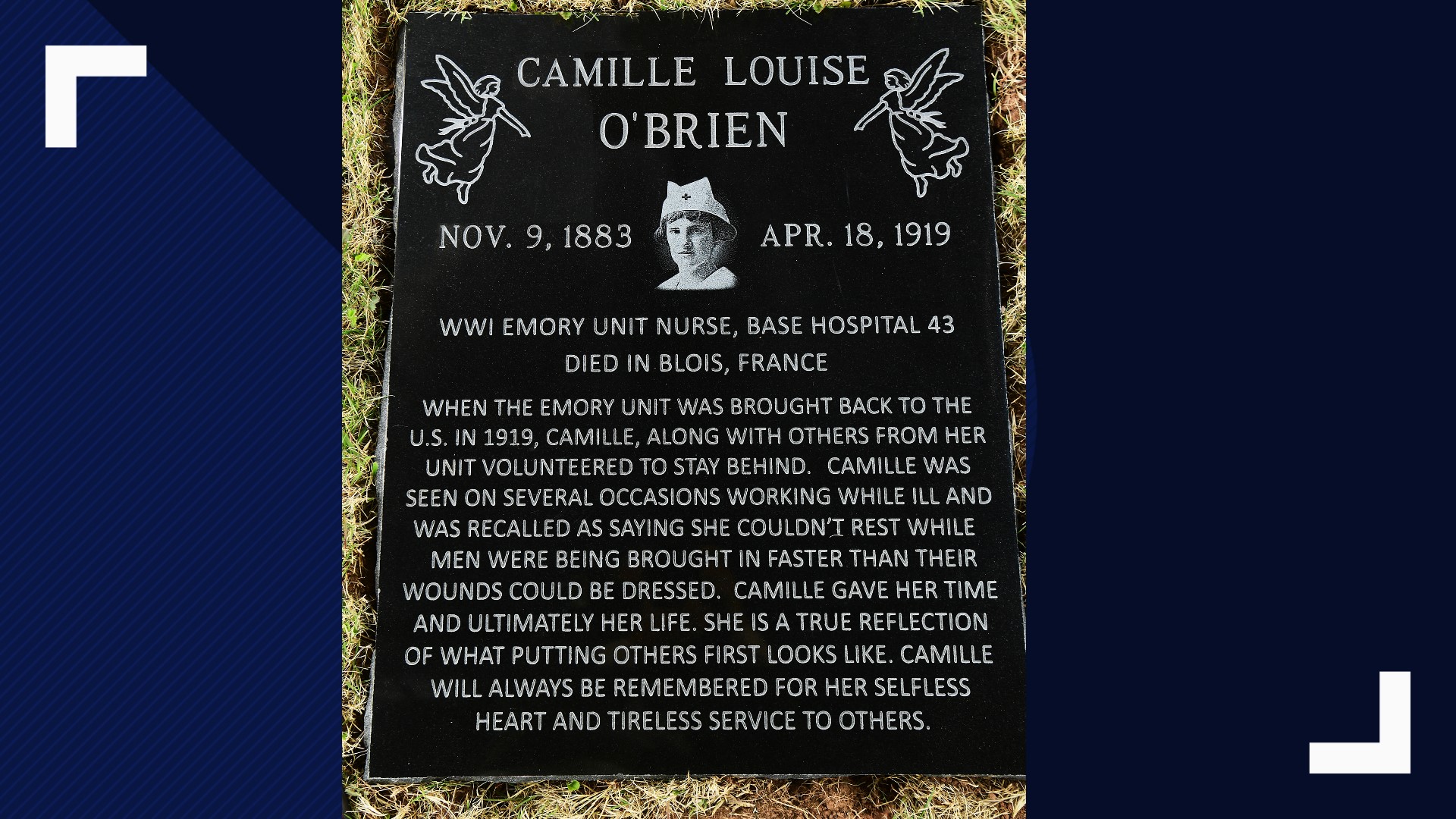 Exactly 100 years ago, a World War I Emory unit nurse put her life on the line and died serving others.

Camille Louise O'Brien entered service under the American Red Cross as a nurse in  February 1918. She was a part of Base Hospital No. 43.

When her unit was brought back to the United States in 1919, she volunteered to stay behind along with others in her group. Her selfless heart was shown immensely - even when she was ill herself.

A new headstone for O'Brien reads that she was a nurse who couldn't rest when she knew there were men "being brought in faster than their wounds could be dressed."

O'Brien contracted spinal-meningitis, which resulted in her death at Blois, France on April 18, 1919. She was 35 years old.

Now 100 years later, she is being honored for her service. On Thursday, a program was held to unveil a memorial marker. The Red Cross said a headstone was placed to mark her final resting place at the Greenwood Cemetery in Atlanta.

Some of the people and the groups who attended the service shared their photos on social media.

During the program, Historian Michael Hitt told O'Brien's story. Members from her family were also present. The refurbished plaque that was displayed at the service hangs inside of Emory University Hospital.