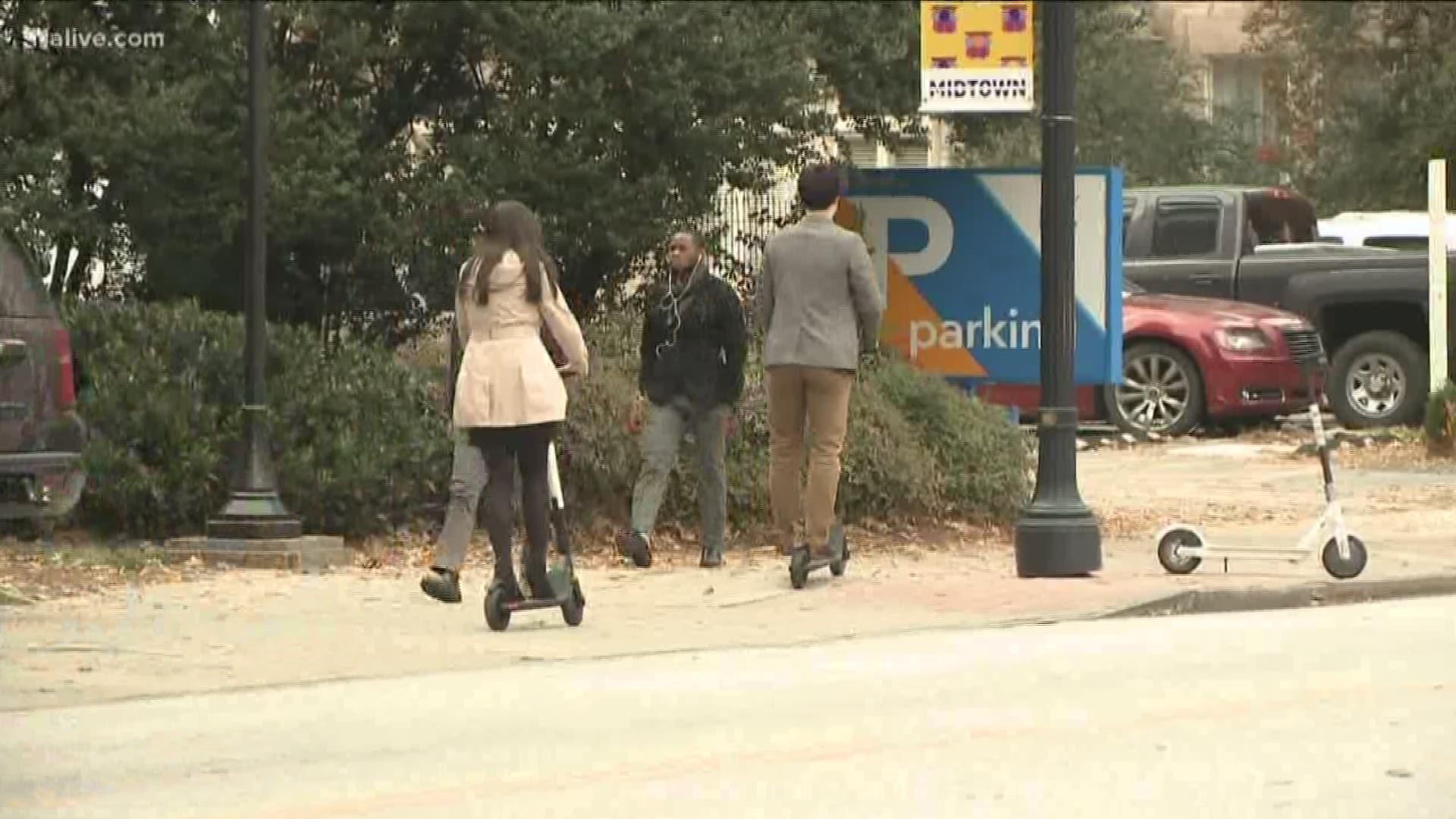 ATLANTA — Atlanta is on the brink of wrangling new legislation governing e-scooters. The question - whether to rein them in, ban them altogether or something else - will be answered in light of three scooter fatalities since May.

Atlanta is certainly not alone. Portland, Oregon had an e-scooter trial period, a moratorium on scooters, and has allowed them to return with restrictions.

In Atlanta, scooters had free rein until the city banished them and their riders from the sidewalks and onto the street. Their interactions with automobiles have yielded three fatalities since May.

Advocates say it’s time for the city to look ahead to a future that makes scooters and bicycles safer.

"We have seen a tremendous shift in how people are getting around today - an explosion of new devices, more people walking and biking as well. But our city streets have not caught up and modernized to adapt to these modern times," said Rebecca Serna of the Atlanta Bicycle Coalition.

She wants the city to lower speed limits – and to erect temporary barriers to create what she calls safe spaces for scooters and bikes on busy surface streets.

"This is something we could do relatively quickly and it will save lives," she said, comparing them to temporary walkways sometimes erected alongside urban construction sites.

In April, e-scooters returned to Portland after a moratorium – where the same kind of safety concerns emerged that now trouble Atlanta residents like Jennifer Brooks, who lives downtown.

"They go fast. They have to figure out how to stop. I see them falling off. I’ve seen them running into each other," said Brooks, listing concerns raised by watching scooter riders in her neighborhood near Centennial Olympic Park. "I saw an adult with a toddler between his legs."

Portland allowed scooters to return - with some caveats. The city insisted on a 25 cent user fee per rental. The city insisted that scooter companies make helmets readily available – though it doesn’t require their use.  And the city has created designated parking squares on sidewalks – though it doesn’t require their use either.

Many Portland residents embraced the return of that city’s scooters. Others haven’t. This summer, sheriff’s deputies recovered 57 e-scooters that had been tossed into Portland’s Willamette River.

It’s unclear how Atlanta will move on e-scooters. Serna thinks it’s a good sign - long term - that Mayor Keisha Lance Bottoms is creating a city department of transportation. She also thinks the city needs to act immediately to make streets safer for all forms of transportation.