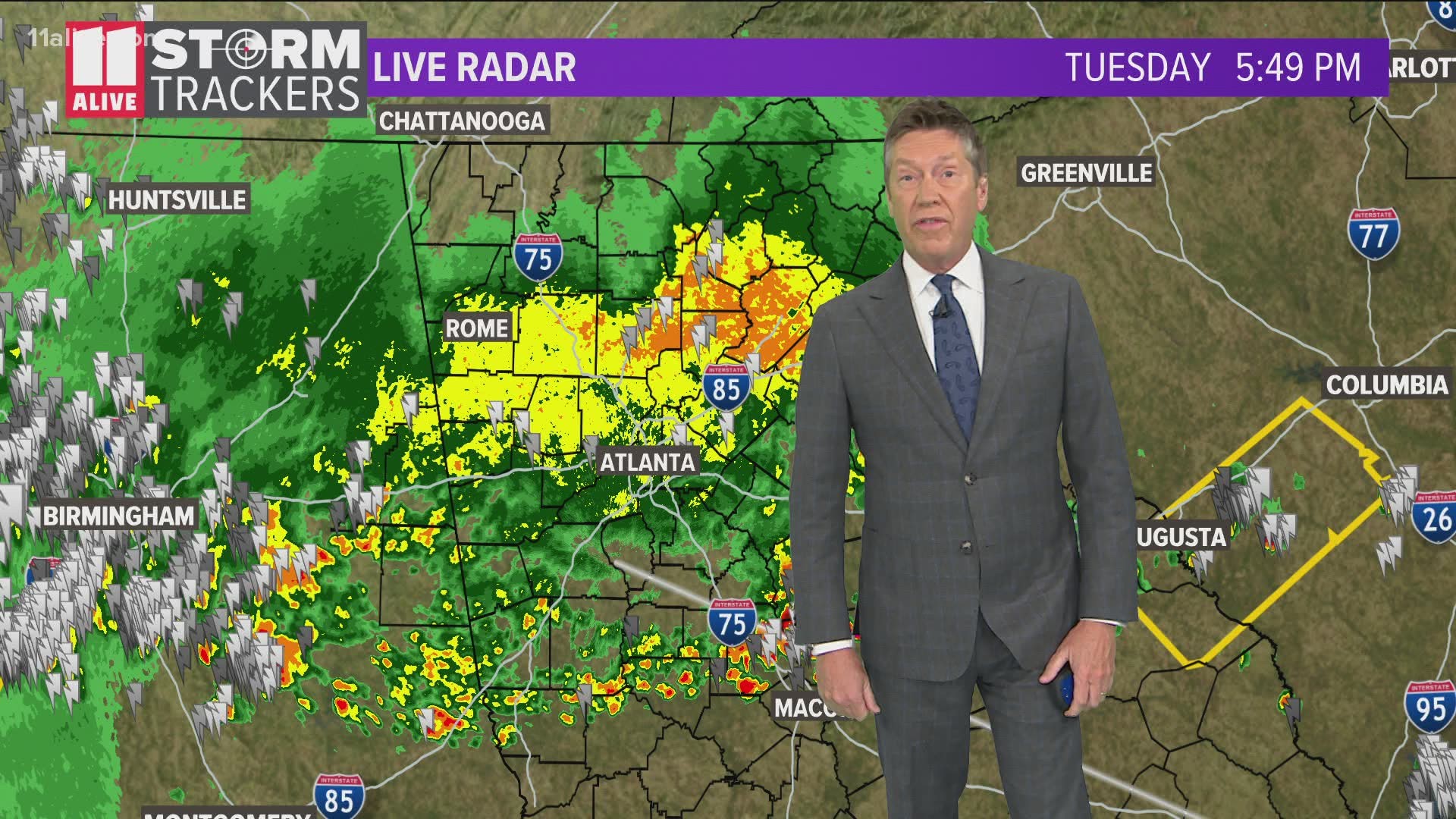 SOUTH FULTON, Ga. — An EF-1 tornado is what caused trees to come toppling down in South Fulton on Monday, according to the National Weather Service.

The NWS confirmed that the twister had max winds of 105 to 110 miles per hour. The tornado was on the ground for 13 minutes, traveling a 5.8 mile path; it was about 400 yards wide.

The NWS the tornado touched down over an industrial area of the county, just east of the Chattahoochee River. They said the tornado intensified rather quickly between Westgate Parkway and Tradewater Parkway near Fulton Industrial Boulevard.

A building had part of its metal wall come down, the NWS said. And at another warehouse, a wall collapsed and more than half of its roof was damaged. Other buildings in the area also reported damage.

Trees also fell in residential areas. The NWS said along Reynolds and Plummer roads, several trees were snapped or uprooted.

NWS confirms the storm yesterday in south Fulton was an EF-1 tornado with winds between 105-110mph. The tornado was on the ground for 13 minutes and traveled 5.8 miles on the ground before lifting. #Storm11 pic.twitter.com/t0sESi3Mhe

When the storm passed on Monday, 11Alive spoke some residents in South Fulton near Fulton Industrial Boulevard and Riverside Drive as they examined the debris in their neighborhood.

"God spared us, " one resident said. "And I am so grateful because all those trees are down and it just looks really bad, but we've just been blessed."

Another resident described hearing a noise that "sounded like a train." He said he grabbed his mother and they went into a safe place. When the storm passed, they examined the damage and noticed a tree had fallen on their carport.

In Douglas County, National Weather Service confirmed on Monday that an EF1 tornado touched down with winds up to 90 miles per hour, killing at least one person. Douglas County officials said the person died after a tree and power lines fell on his car. His friends later identified him as Scot Hudson.

Watch the video of the cleanup process below.