After nearly one month in the hospital, Elcias Hernandez-Ortiz is finally back home and sharing his story after he was shot on March 16. 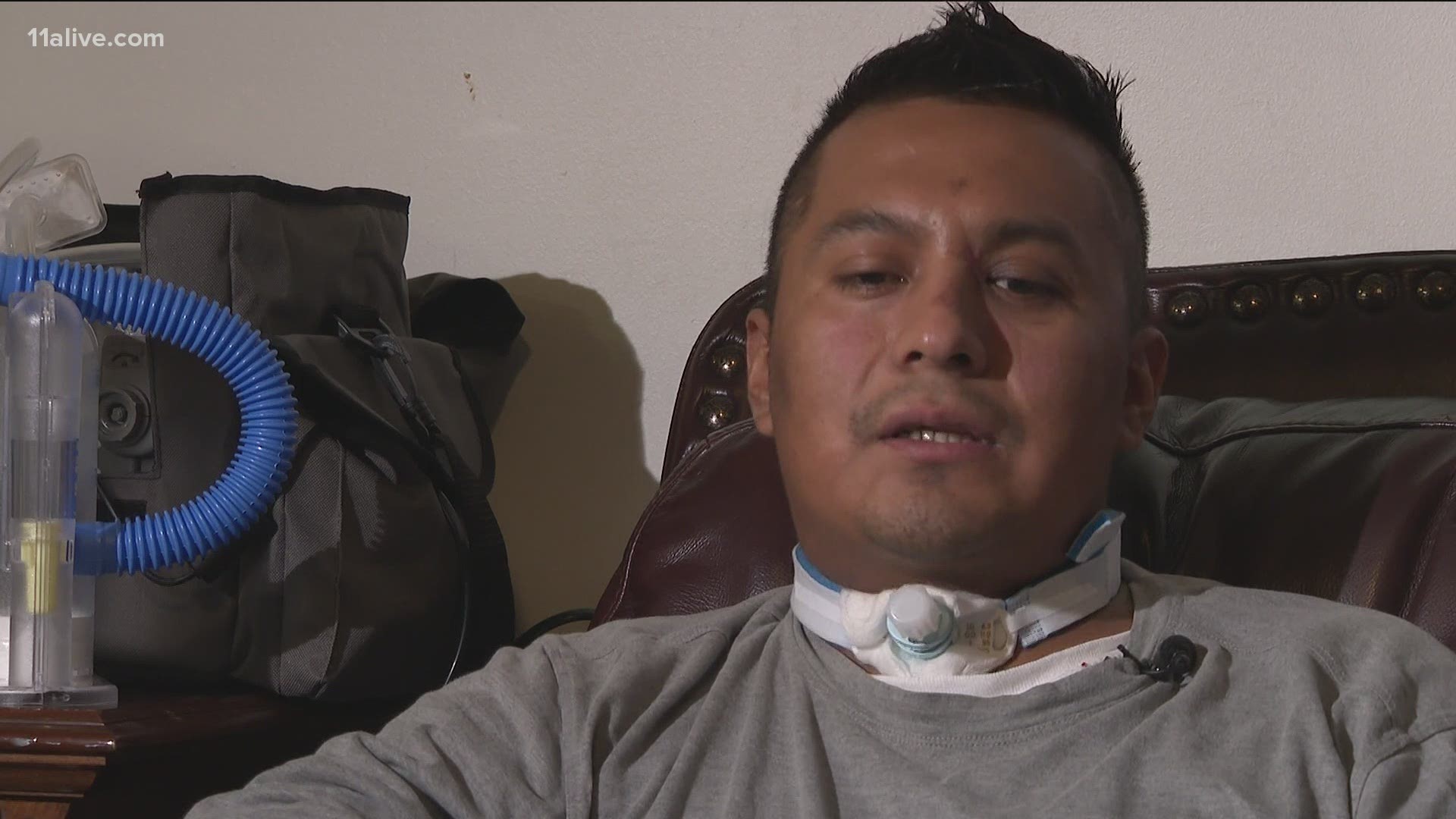 CHEROKEE COUNTY, Ga. — After nearly one month in the hospital, a man who was wounded during the metro Atlanta spa shootings is finally back home and sharing his story.

Elcias Hernandez-Ortiz is the sole survivor who and said he counts his blessings. His attorney, Doug Rohan, who helped to translate on his behalf, is helping Hernandez-Ortiz pro bono.

“I feel really blessed to have been able to come home. It’s a miracle that all this happened and yet I’m still here with them,” he told 11Alive.

He said he still remembers clearly the moment he came face-to-face with the shooter at Young’s Asian Massage in Cherokee County.

“When I heard the first few shots rang out, I opened the door of the room and when I saw him face-to-face, I threw myself on the floor and asked him not to shoot me. He told me to look up at him and when I looked up at him, that’s when he shot me in the face,” said Hernandez-Ortiz.

He said the bullet went between his eye and his nose, traveling down his esophagus, and is still lodged in his abdomen.

Even while injured, he said all he could think about was his family.

“Originally, my first thought was about my wife and my daughter. You think about family during a time like this. I knew these kinds of tragedies cause pain to families and that’s where my first thoughts went,” he said.

Hernandez-Ortiz said his focus is now on his family and getting better but also helping others the way they’ve helped him.

“Today it’s me who needs help and tomorrow it’s you and others might need help so that’s really what he wants to do with the time he’s been given. He wants to be able to help others and support others the way he’s been shown support,” he said.

Rohan said Hernandez-Ortiz still has a long road to recovery.

“He’s still got to see several surgeons and several specialists. He’s got to see a facial surgeon regarding some surgeries that are still required for his jaw and his mouth. He still has to see a dentist. The bullet has impacted several of his teeth,” said Rohan.

If you’d like to donate, a fundraiser has been set up for Hernandez-Ortiz to help with medical costs and other expenses.