Congressman Elijah Cummings died Thursday morning at the age of 68. 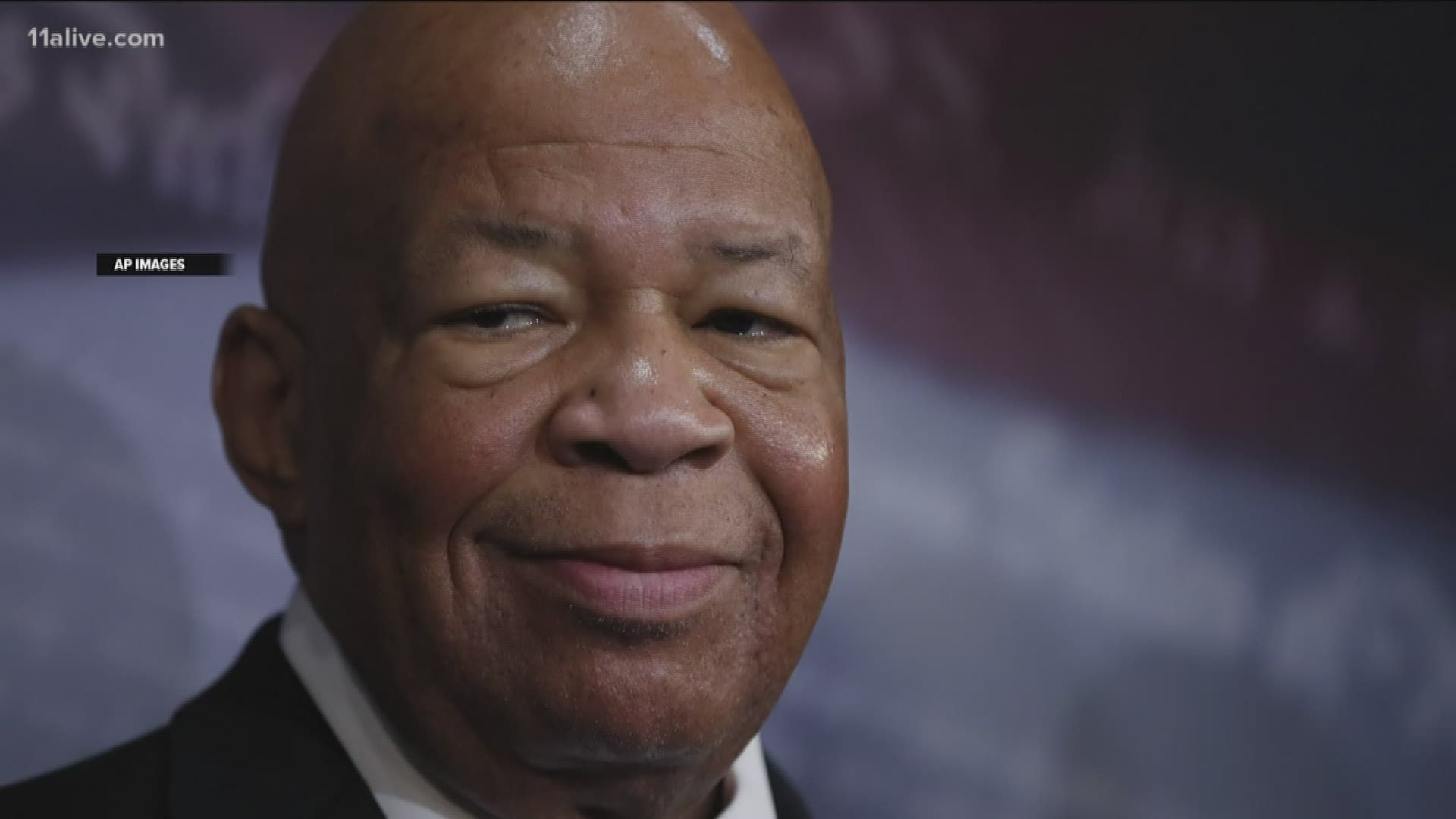 ATLANTA — Congressman Elijah Cummings died on Thursday morning, according to an official from his office.

Representative John Lewis described Cummings as a "defining and commanding chairman" late Thursday morning. Lewis noted that Cummings dedicated his life to the good of the public.

"There was no greater friend to the poor, to the lost, to the left out and left behind than Rep. Cummings.  His fearless advocacy and his ability to be a true representative on their behalf, helped them stand a little bit taller and a little bit straighter, even while forces work to erase their contribution," Lewis wrote in an extended statement.

"Congressman Elijah Cummings was a fearless leader and fighter for justice," she tweeted. "His legacy of grace and compassion is an inspiration for us all. His death is not just a loss for the city of Baltimore, but for our entire nation. #RIPElijah."

"He was a real champion in the House of Representatives, and his powerful voice will be missed tremendously," King III stated.

Credit: AP
FILE - In this Aug. 7, 2019, file photo, Rep. Elijah Cummings, D-Md., speaks during a luncheon at the National Press Club in Washington. U.S. Rep. Cummings has died from complications of longtime health challenges, his office said in a statement on Oct. 17, 2019. (AP Photo/Patrick Semansky, File)

He went on to write that he is "shocked and saddened" by Cummings' death.

"Rest In Peace, sir. Thank you for all you have done for our nation," he said.

Cummings has represented Maryland's 7th Congressional District in the U.S. House of Representatives since 1996. Before then he served 14 years in the Maryland House of Delegates. During his tenure, he made history as the first African American in Maryland to be named Speaker Pro Tem.

He has earned several distinctions including 13 honorary doctoral degrees from universities around the country.

Rep. Elijah Cummings: 'I scared the intruder away' during burglary of his Baltimore home