GDOT said a 100-by-70 foot section of the road was damaged. It took roughly 10 hours to make the full interstate passable again. 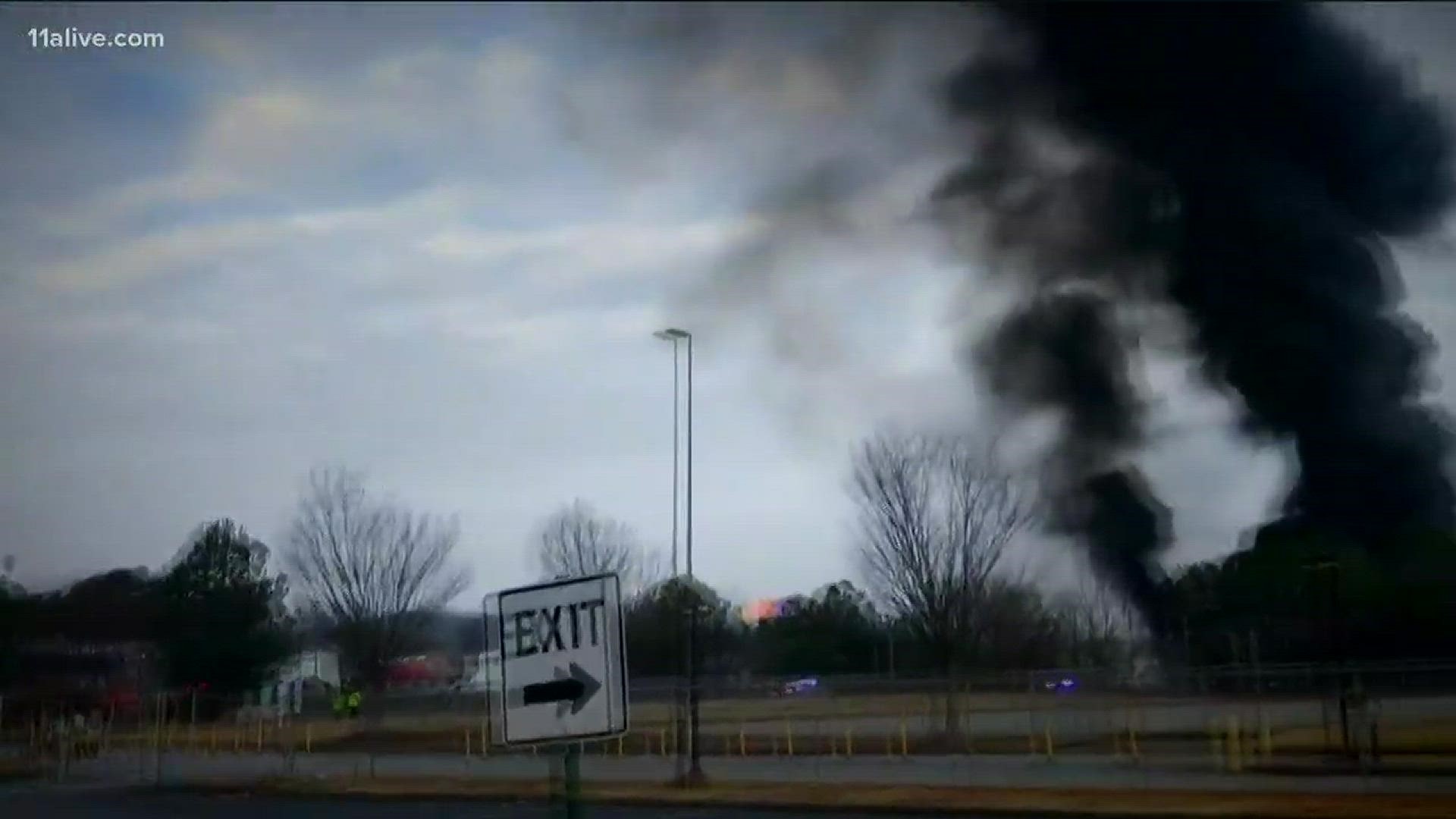 An entire section of the interstate where a fuel tanker was involved in a fiery crash on Saturday has reopened to traffic after being extensively damaged by the blaze.

The crash happened around 8 a.m. Saturday on I-85 near Pleasantdale Road.

The fire was so intense, it damaged every lane. A 100-by-70 foot section was impacted, according to Georgia Department of Transportation. Officials told 11Alive’s Jerry Carnes that before the road could reopen, there had to be an emergency repaving.

That was apparently completed just before 6 p.m. on Saturday evening.

Police said two people were killed in the fiery wreck after, according to GDOT, a tractor-trailer carrying fuel and a passenger vehicle collided. Authorities said the tractor-trailer and vehicle overturned.

The tractor-trailer driver and driver of the other vehicle were killed.

Businesses on Dawson Boulevard and Crescent Drive in the area were evacuated, according to officials. Drivers near the crash were also forced to leave their vehicles.

As drivers and passengers jumped over the median wall, officers could be heard getting people to move away from the roadway as fire and other emergency equipment was moving down the access road toward the fire.

One motorist who saw the fire as he was on his way to work, Stephen Paul, spoke with 11Alive News.

"I saw three different smoke plumes. To be honest, it looked like a fuel truck exploded," Paul said. "Some of the fuel may have dumped into the drains. I could see some flames coming from one storm drain."

Police evacuating motorists from area near fiery I-85 wreck