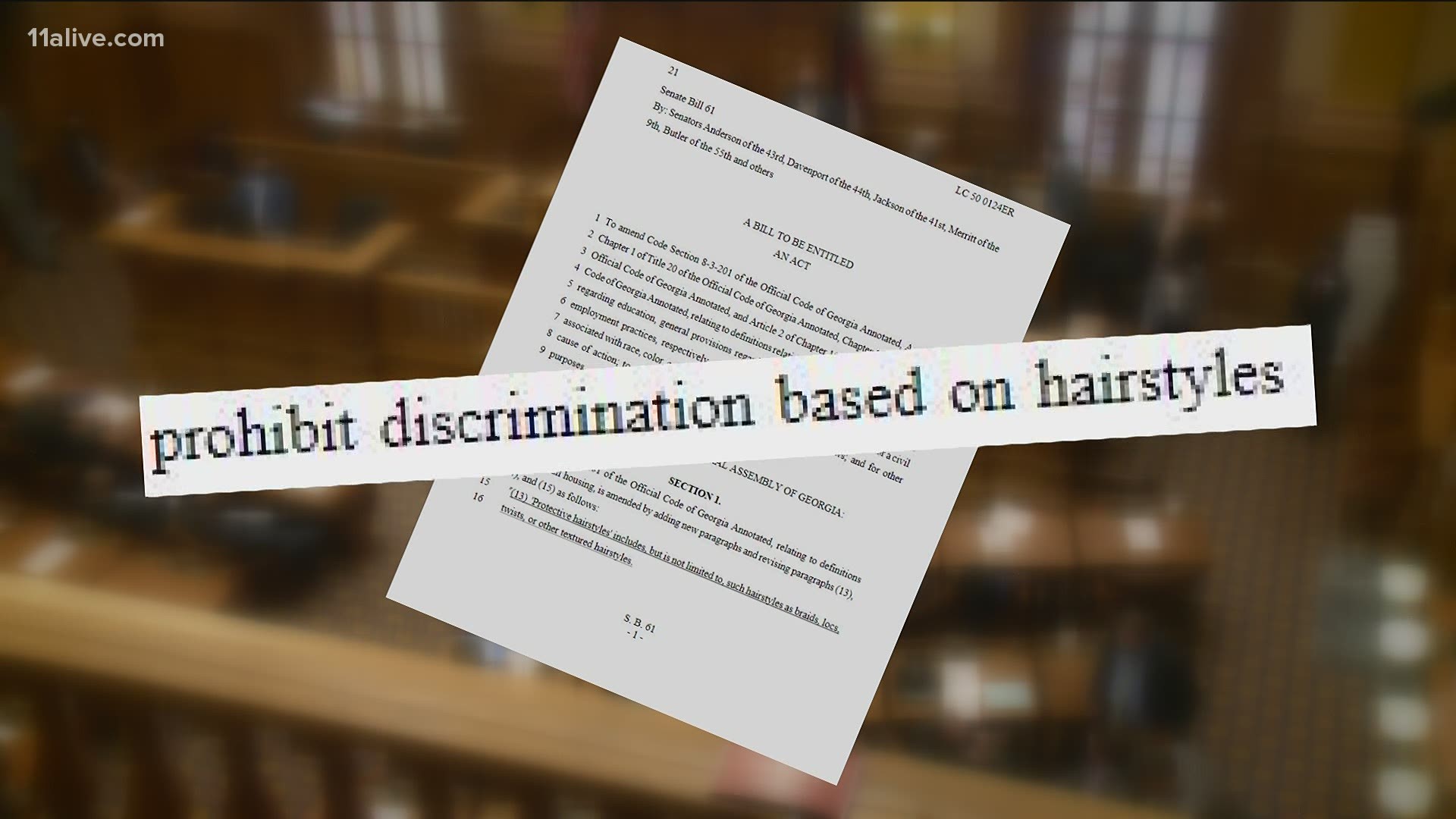 ATLANTA — A bill in the Georgia legislature would outlaw discrimination against people because of their hairstyles.

It's a bill that protects people who choose to wear hairstyles that tend to be worn and even celebrated among non-white ethnicities.

The bill refers to braids, locs, twists, textured hairdressing and protective hairstyles. Its sponsor said ethnic hairstyles are too often the subject of discriminatory treatment – at the workplace, in housing, and elsewhere.

Senate Bill 61 would make that kind of discrimination illegal in Georgia – same as gender or race discrimination.  And its sponsor said it would let people be themselves.

"It will alleviate all of the pressure of having to present yourself in a certain light based on a standard or culture or even societal acceptance or norm" predominant in white society, said state Sen. Tonya Anderson (D-Lithonia).

Anderson’s bill wouldn’t criminalize such discrimination, but would make it actionable in a lawsuit.

A similar bill was introduced by Democrats in the previous legislative session, but got no traction among Republican leadership.