Alex Maddox is asking the community to honor law enforcement officers. Her message comes as police are on the scene of a hostage situation where two officers were shot. 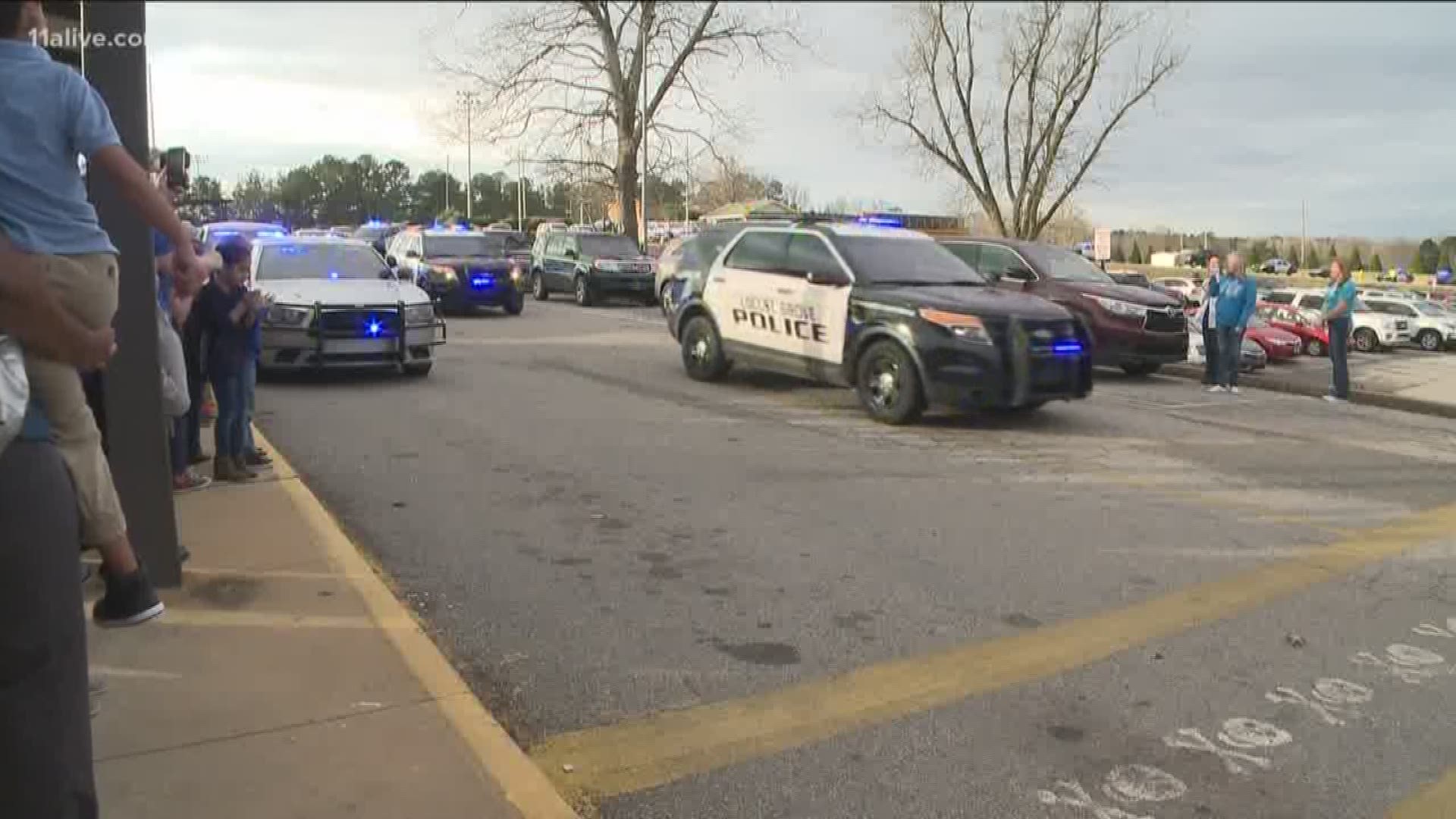 The wife of a slain Locust Grove Officer Chase Maddox is telling others to thank the fine men and women in blue who put their life on the line daily to keep us safe.

Alex Maddox's message comes as a hostage situation in Henry County is still ongoing. Authorities said that a woman went to her sister's home in the Eagle Ridge subdivision. She saw blood on the floor when the garage door opened. She backed out and called police.

Two officers who responded to the scene were shot and had to be rushed to the hospital. Authorities said a man has now barricaded himself in the home with a teen, going on 12 hours, now.

Maddox's Facebook post talks about the hole families of law enforcement officers have to endure when they lose someone, saying the Blue Family sees the unimaginable every day.

"Carrying the badge is more than a “job." It’s a duty very few honorable men and women swear in to carry 24/7/365," her post reads. "It’s the weight of knowing you are the one single and universal line of defense between good and evil."

She saw the unimaginable on Feb. 9 2018 when her husband, Chase was killed at 26-year-old after being shot three times. He was assisting deputies in serving a failure to appear warrant  Two Henry County Sheriff's deputies were wounded, and the suspect, Tierre Guthrie, was killed. Chase was getting ready to become a father for the second time when he was killed.

RELATED: Son of fallen officer honored with police escort a year after his death

"Evil killed my husband, Officer Maddox. Evil killed my friend’s husband, Officer Smith. Evil tried it’s best to get Officer Cooper," she added as she mentioned others who were shot in the line of duty. "Stop trying to kill my family. Evil may win a few battles, but good will always win the war. Again- it’s not hard to be a decent person."

She said it takes a strong person to be in law enforcement. It's not for the faint.

"The dramatic events which unfold and shock us every now and then ... death, break-ins, robberies. It is their every day. How they can suit up and walk out of their homes each shift not knowing what they will see bewilders me," Maddox said. "Will it be the last time they see their family? Spouse? Children? Parents? Siblings? Friends?"

She concluded her post by saying those who wears the badge deserve the utmost respect.

"Next time you see one of the finest men and women who protect and serve, shake their hand," said wrote. "Thank them for their service and scarifies. I guarantee they have already made a few. Buy their meal. Smile. You never know what dance recital, ball game, or family dinner they are missing. They deserve all of the love and respect we have to give."

Alex Maddox
Carrying the badge is more than a "job". It's a duty very few honorable men and women swear in to carry 24/7/365. It's the weight of knowing you are the one single and universal line of defense...