Braves fans say NLCS win is a moment worth reveling in

Fans say it's a moment worth reveling in. 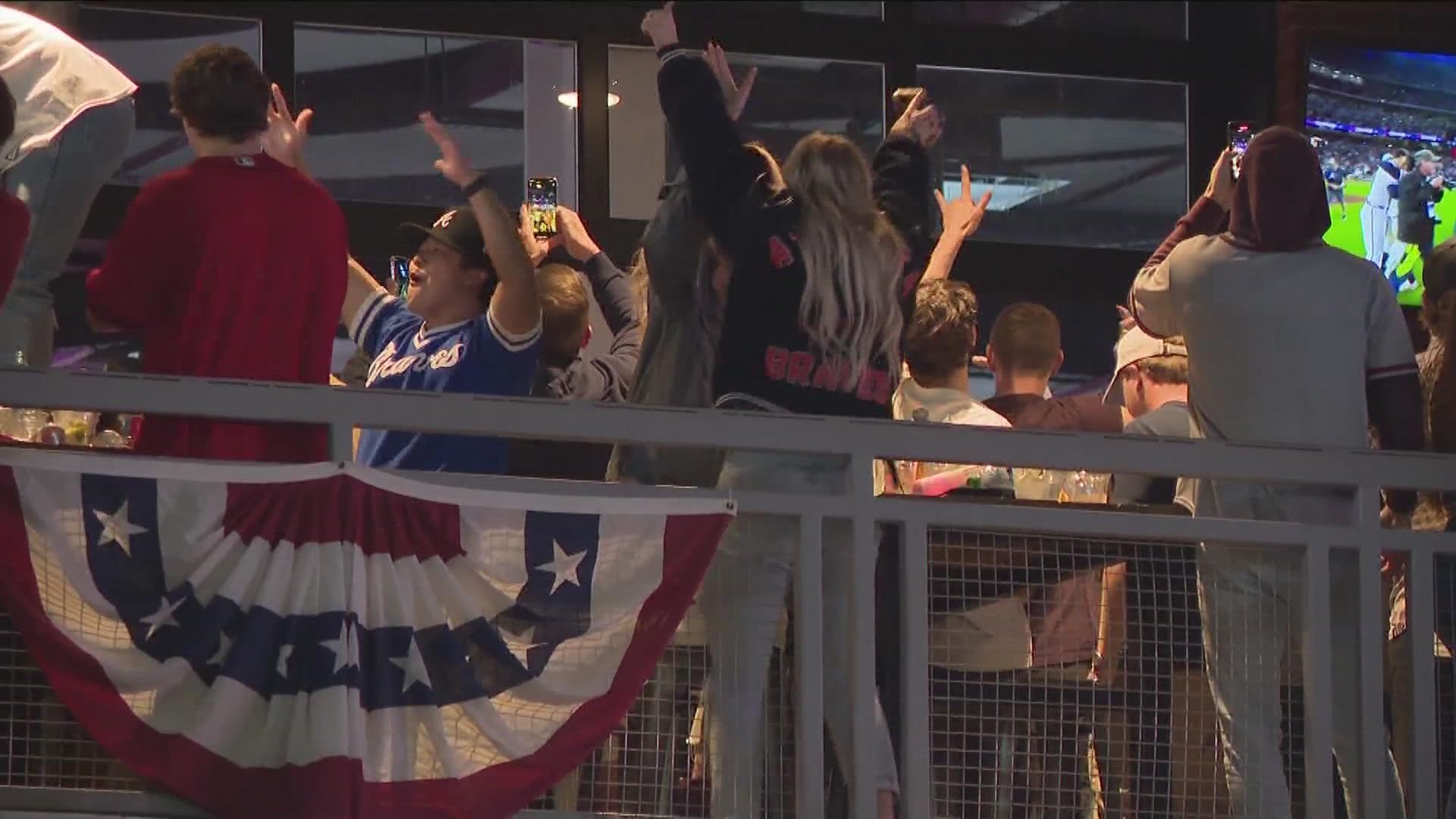 ATLANTA — Excitement from the Braves win over the Dodgers on Saturday, securing their spot in the World Series, could still be felt into Sunday.

In the Battery outside of Truist Park, fans began lining up outside the Atlanta Club House store before noon to grab their memorabilia. While waiting in line, some fans shared their favorite Braves memories.

“I actually snuck in when we won the World Series the first time. The actor Brian Dennehy and Craig Shafer were standing in front of me, and I always had a crush on him and I fell on him on purpose," said one shopper.

Other fans said the win means redemption, including now 17-year-old David Adkins — who was dubbed the 'Sad Braves Fan' after his photo went viral a decade ago.

“It was the last game of the season against the Phillis, and we choked it in the last inning and the TV cameras ended up picking me up with tears on my face. Phillies fans made a meme of me in the off season," Adkins said.

The life long Braves fan posted the iconic photo alongside a picture of himself reveling in the win from above the battery.

Son of MLB Pitcher Dennis Martinez, Ricky Martinez, waited in line with his family outside the Club House Store. He says the win means bringing family together.

Martinez's dad known as "El Presidente" played for the 1998 Brave's team, and was the first Nicaraguan to play in the majors.

For other fans, they say the win just means a chance to feel good,.