A newly released surveillance video shows the dramatic collision Monday morning between a tractor trailer and a passenger car that resulted in a major chemical spill. 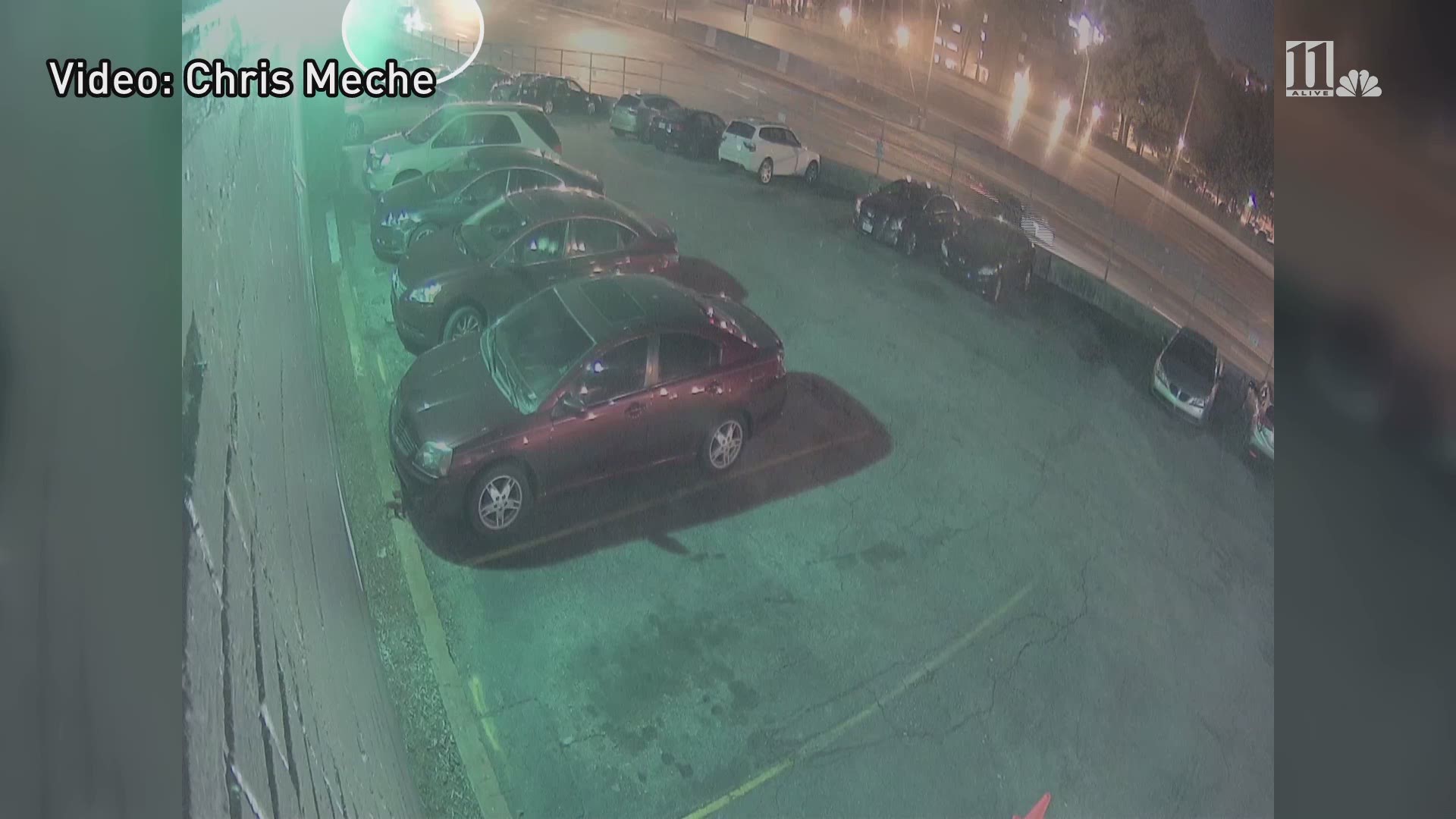 ATLANTA – A newly-released surveillance video shows the dramatic collision Monday morning between a tractor trailer and a passenger car that resulted in a major chemical spill.

Police said an Acura that was driven by Mitchell Epstein inexplicably stopped on I-75/85 northbound and 10th Street. The 18-wheeler then struck the car and overturned, spilling gallons of hazardous material onto the interstate.

The video was given to 11Alive by Flexspas, located at 76 4th Street NW.

“The truck was supposed to have been using I-285,” said Atlanta police spokesman Warren Pickard. “The driver was violating the law, and it’s especially important now, at this critical point in our city, that people understand how important our highways are to our daily functions.”

Police said the truck, driven by Matthew Bowden, collided around 2 a.m. with the car. Epstein, according to police, was driving on a suspended license, and he allegedly attempted to leave the accident scene on foot but was soon apprehended.

“Both drivers contributed to the accident,” Pickard said. Bowden was in route to Rome, Ga., to deliver the chemical.

“Our ordinances do not allow a vehicle like that to travel through city limits,” Pickard said. “He has been given a citation and will have to pay a fine that will be determined by a judge."

According to the police report, the truck's registered owner is Dickey Truck Leasing out of Savannah, Ga. 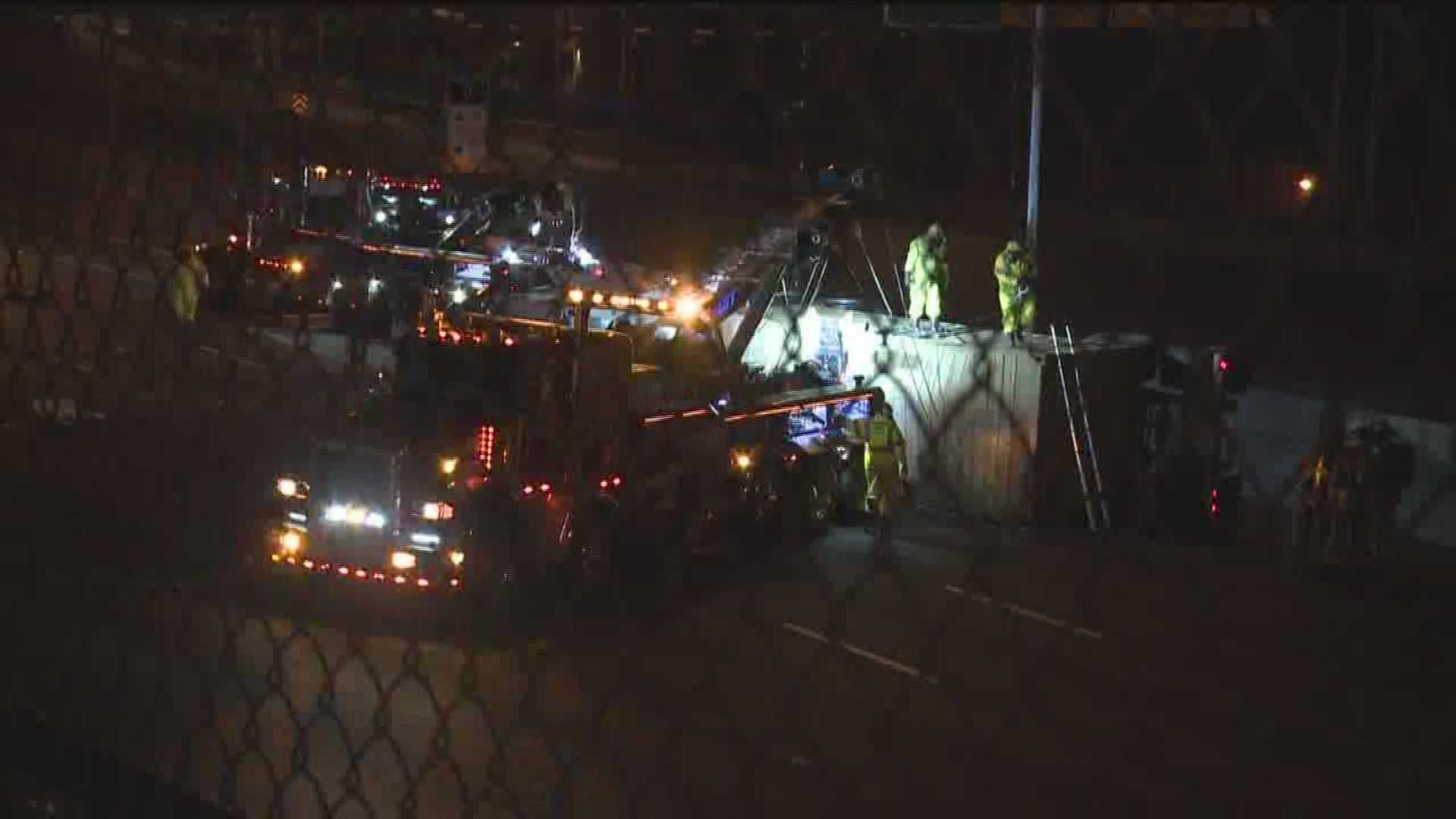 Pickard said companies that own tractor trailers that make deliveries containing hazardous materials within city limits are required to notify authorities and receive a permit.

Epstein was also cited with improper stopping in a roadway.