Explosion in Midtown sent thick smoke into the air 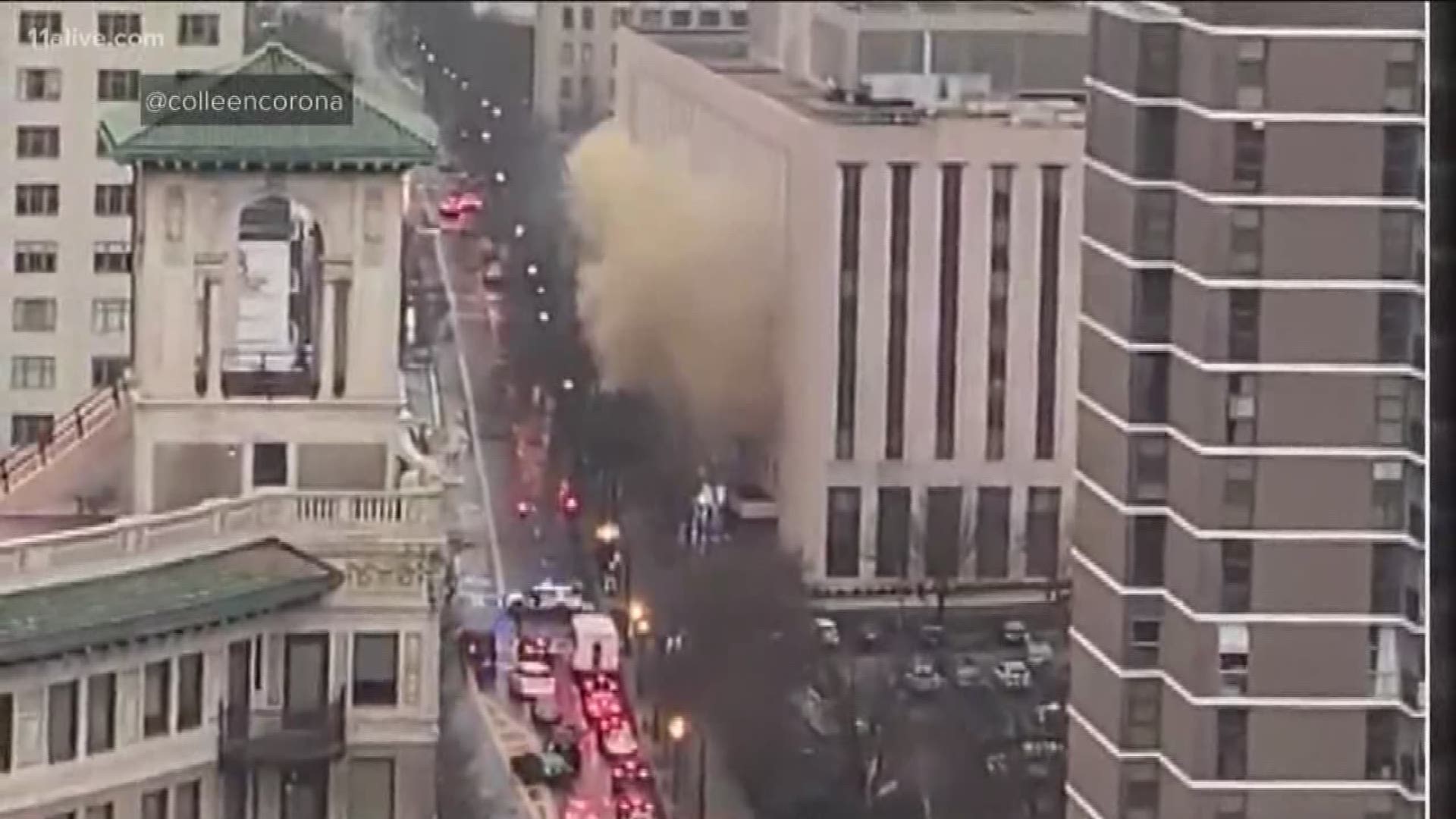 After the explosion people in the area captured video of thick brown smoke rising on the street.

The cause appeared to be an underground electrical vault, according to officials.

John Craft with Georgia Power said they have a crew on the scene, and found that the failed transfomer resulted in smoke coming from a grate positioned to ventilate the underground area where the transformer is housed.

"We believe the issue is isolated to this single transformer and no manhole covers were blown as [Atlanta Fire Department previously] reported," said Craft.

Craft said the power has been routed around the bank that has a problem and no one is without power. Georgia Power is still investigating and making repairs.

Officer Jarius Daughtery with the Atlanta Police Department said Peachtree St. between Linden Ave and Renaissance Parkway will remain closed until at least noon. He also said the south bound lanes of Peachtree St. will stay closed until they are able to repair it, but there is access to the hospital off of Pine Street.

Kyle Freeman, a security guard with Emory Healthcare, told 11Alive he called in the explosion. " I was sitting in my booth and I heard a loud explosion. I came out to see what it was and [there was] a lot of brown smoke coming out from the vents." Freeman said Emory Police came to block it off, followed by Atlanta police and Atlanta fire officials.

According to Atlanta authorities, no injuries have been reported.