The people responsible for the projections released a statement. 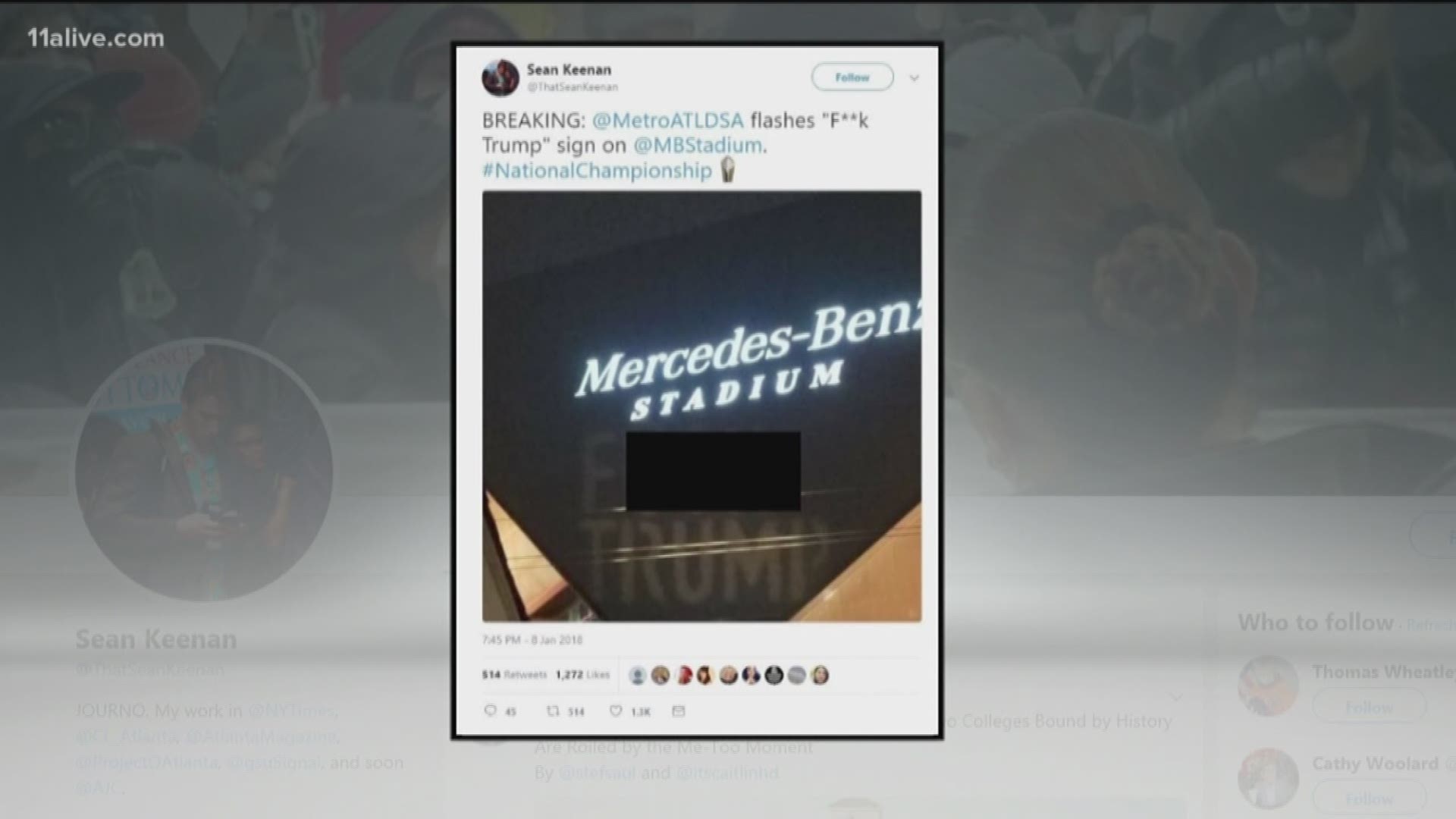 ATLANTA - It's happened before, and it's happened again but this time during the National Championship.

Yesterday's game brought many big names to the Mercedes-Benz Stadium but the most controversial of those names was President Donald Trump.

When Trump entered the stadium he was met with boos mixed with cheers and one of Alabama's running backs even yelled his anti-Trump sentiments.

There were even protestors outside of the stadium toting signs saying 'The Trump/Pence Regime Must Go!'.

But the most noticeable, but not the newest of protests against the president, was projected onto the side of Mercedes-Benz Stadium.

And, not to our surprise, the same people who projected the same sign on the Crowne Plaza hotel back in November 2016, are the same people responsible for projecting it on the stadium during the National Championship.

The Metro Atlanta Democratic Socialists of America released this statement:

"This evening, activists with the Metro Atlanta Chapter of the Democratic Socialists of America sent a message directly to Donald Trump and his proto-fascist administration - they are not welcome in the City of Atlanta.

“F--- Trump”, “Dismantle White Supremacy”, “No One is Illegal” and “Medicare for All” was projected onto the side of Mercedes-Benz Stadium just moments before Trump took the field at the NCAA National Championship game.

The projections are a statement of our anger and disgust with the racist Trump administration but they are also a vision of a more prosperous future for our community - a future where our bodies aren't used for profit in an unjust healthcare system and a future where no one has to live in fear of deportation or racist violence.

We believe that future is attainable through mass working class mobilization against the evils of capitalism, white supremacy, patriarchy and imperialism."