DeKalb County Police confirm with 11Alive they are working to find the woman and investigate what happened. 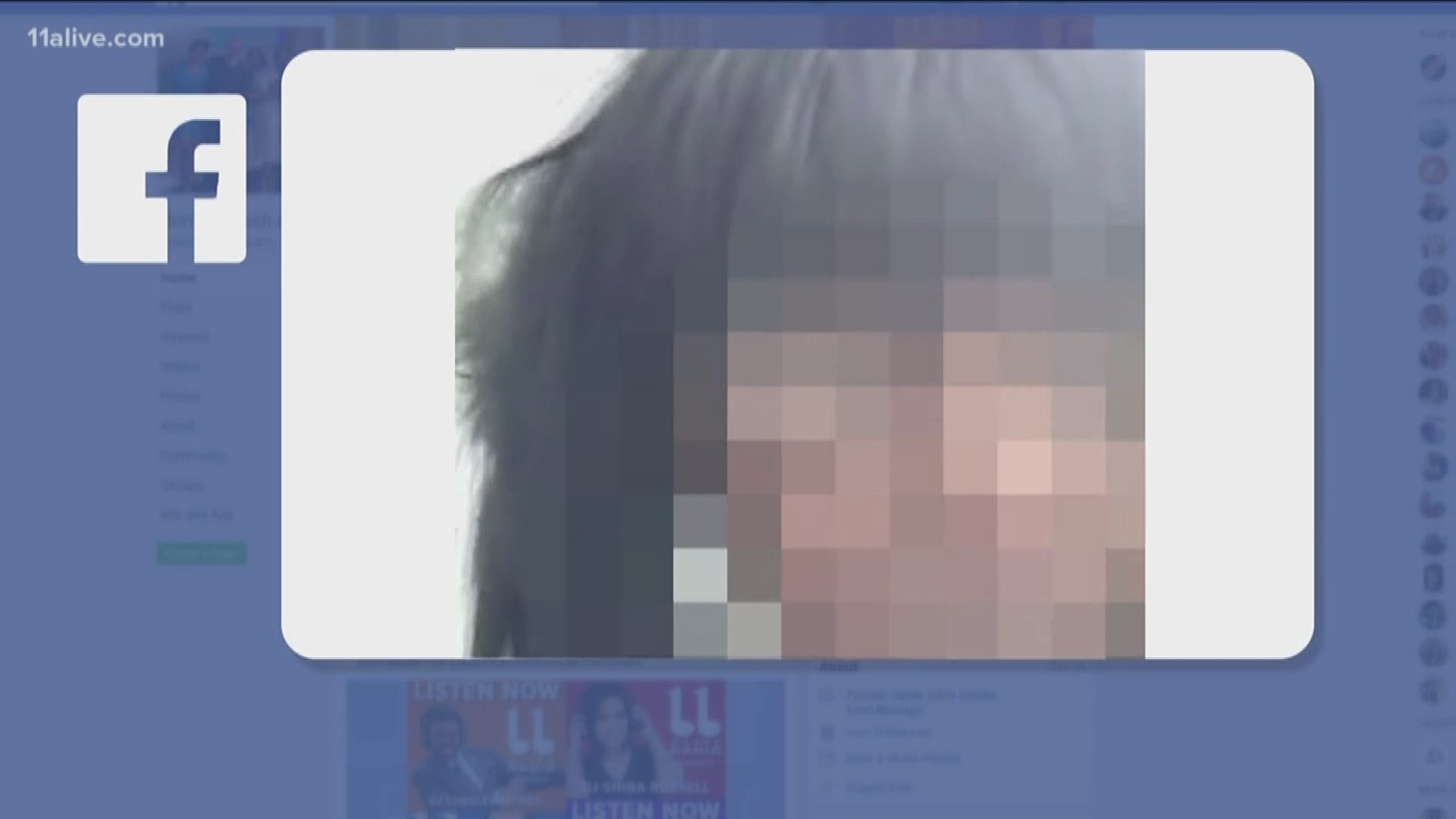 The video clips were posted 21 hours ago on Facebook – stirring outrage as folks begged her to run for her life and called for police to step in.

DeKalb County Police confirm with 11Alive they are working to find the woman and investigate what happened. 11Alive is not reporting the woman’s name and is blurring her face.

The first posts came Monday night on the woman’s Facebook profile, where she posted pleas for help, writing, “Can I get a ride he trying to fight me again,” and “Need to run.” Then, simply, “HELP.”

Minutes later, the woman starts streaming from her Facebook page. The two show her face badly beaten, with a welt growing under her right eye. In the latter video, the woman appears to be sitting in a residence as two men in the background rummage around in a closet. Suddenly, one of the men hurls something at her, and the camera’s picture goes shaky, presumably as she tries to dodge what was thrown. The stream then goes dark as it erupts with shouting.

The videos have been shared hundreds of times, with many asking her to leave, seriously frightened there won’t be a next time. But there’s also been some skepticism, with some questioning why the woman took to social media before calling the police. Some defended her decision, saying it’s her way to get help and offering her a way to get it.

11Alive’s Ashley Johnson reached out to friends of the woman on Facebook, who told her that this iisn’t the first time something like this has happened. Indeed, prior posts on the woman’s page show her with a black eye and a bloody lip.

DeKalb Police said one they are able to find the woman, they will hopefully be able to get more answers. A separate post claimed that she was OK and with family, but police have not verified that.

11Alive also reached out to Facebook to ask what role do they have in a case like this when it comes to working with police. The company referred us to their policies regarding violence and graphic content, noting that the platform will allow for graphic content, with some limitations, to help people "raise awareness about issues."

"We may add a warning label to especially graphic or violent content so that it is not available to people under the age of eighteen, and so that people are aware of the graphic or violent nature before they click to see it," a spokesperson continued.

That is the case for the two videos posted to the woman's profile. The company added they are working with police in this case.

The situation of alleged criminal acts streamed online, unfortunately, become a familiar one. This latest situation hearkens back to another case in which a woman live streamed her alleged sexual assault from inside an Atlanta nightclub. The videos posted to her Facebook page were widely shared online with the hopes of catching the alleged suspect. An arrest was eventually made, but it raised the question of how quickly the social media company moved to get the videos removed.

More recently, the alleged gunman in deadly attacks on two New Zealand mosques also reportedly live-streamed his actions. The government stepped in and asked for people not to share it online.

The videos for this woman’s alleged attack are still active on her page, but what role they will play in a possible criminal investigation is unclear.