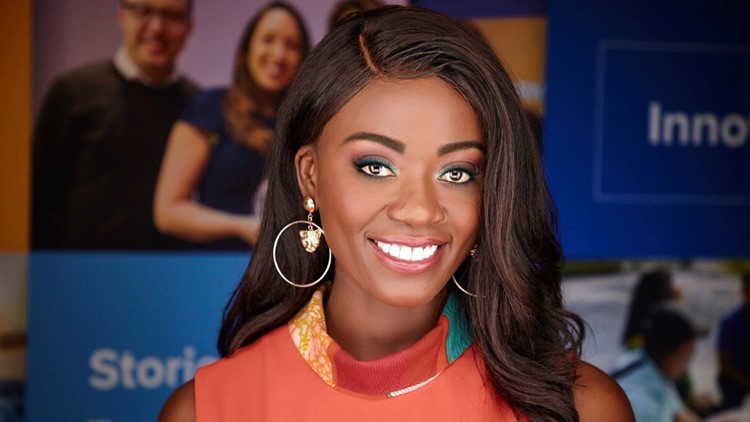 Faith Abubey is a two-time Emmy Award winning investigative reporter and anchor at 11Alive in Atlanta.

She was also named the first place winner of "Best General Reporting" in 2018 by the Georgia Associated Press Media Editors.

In addition to contributing to all 11Alive news broadcasts, Faith reports and co-hosts the multi-Emmy Award winning news-magazine show called The Reveal, which airs original, investigative pieces Sundays at 6 p.m.

Before coming to Atlanta, Faith was an anchor at TEGNA-owned CBS affiliate WFMY in Greensboro. In addition to her duties as anchor, Faith was also a reporter for the station’s investigative/consumer affairs show called 2 Wants 2 Know.

During her five years in the Greensboro market, she covered some of the biggest news stories including several presidential campaign stops by President Donald Trump, Mitt Romney and First Lady Michelle Obama as she campaigned for then-President Barack Obama.

The energetic reporter enjoys the art of storytelling and holding the powerful accountable. Some of her stories have led to lawmakers reviewing loopholes in state law. The North Carolina Attorney General’s office also began a court case into a subject in one of her investigative pieces. Several of her stories, including one about a homeless honor student, moved a community to rally behind those less fortunate.

Beyond the Greensboro market, Faith was also part of a select group of journalists who TEGNA dispatched to cover the Ferguson protests in Missouri.

Faith started her career in Little Rock, Arkansas, at the TEGNA-owned station KTHV.

Faith brings a world of experience into the 11Alive newsroom. She was born and raised in Ghana before moving to the United States as a teenager. She studied in Spain while at Syracuse University and received a Bachelor of Science degree in International Relations and Family Studies. She went on to receive a Master of Science degree from Columbia University Graduate School of Journalism in New York City.

She has also volunteered her time with different non-profits including Habitat for Humanity, Our House Women’s Shelter, and served as a board member for World Relief, a refugee resettlement nonprofit.

She’s excited about being in Georgia, reporting here and making Atlanta her new home.

What story needs to be told? Reach out to Faith now: