Thomas' parents received a special gift from the Falcons – a jersey with Thomas' number, 32. 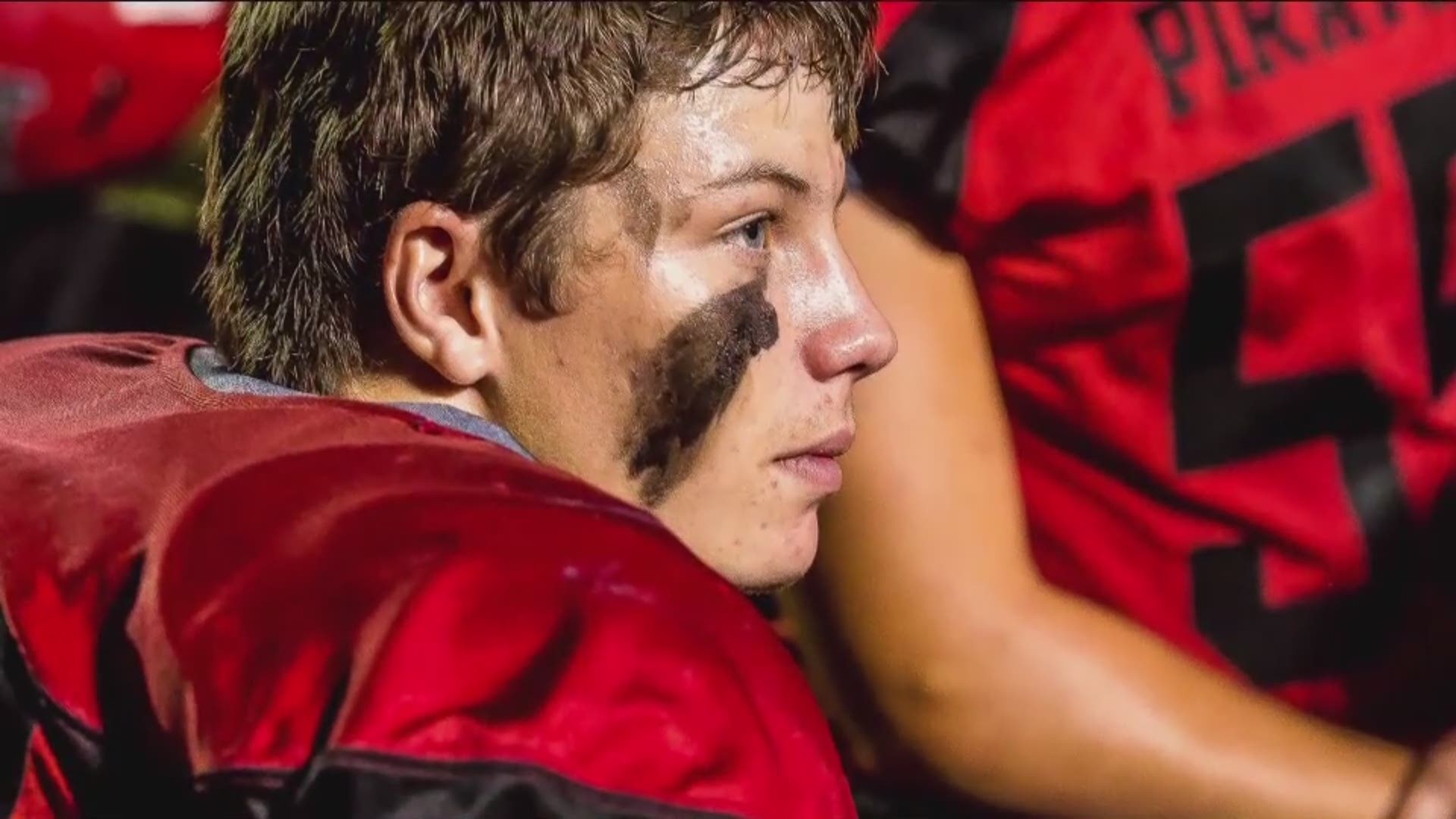 ATLANTA — The Brotherhood gave back to the community with a touching gesture before Sunday’s kick off.

The Atlanta Falcons dedicated the game against the Tampa Bay Buccaneers to Pike County's Dylan Thomas. The 16-year-old junior linebacker died a couple weeks ago after getting injured in a Friday night football game against Peach County High School.

11Alive Sport’s Alex Glaze was there as Thomas' parents received a special gift – a jersey with Thomas’ number, 32.

The Falcons has supported the Pike County High School team on several occasions – they visited the team at practice, had a whole day for the team, and invited them Sunday’s game.

MORE | Here’s what the GHSA is saying about a Pike Co. football player’s death

“They made a very, very difficult and tragic situation do-able,” he said. “Just the support for the Thomas family, the support for our football team. I mean, they’re young kids. They’ve never been through anything like this before.”

The brotherhood that we talk about in this game is truly shining through right now,” Webber added.

Thomas died at the hospital on Friday, Sept. 30 after falling into a coma.

At the game, he was able to respond to medical staff and explained that he had lost feeling in his leg. But his condition deteriorated quickly.

EMTs took him from the field in an ambulance to WellStar Spalding Regional Hospital in nearby Griffin before transferring him to Grady Memorial Hospital by helicopter.

Thomas underwent surgery hours later, but remained in a coma Saturday evening and died the next day.

A coroner's report listed his cause of death as cardiac arrest due to a traumatic brain injury. The coroner's office ruled the death an accident.