Jimmy Atchison, 21, was hiding in a closet when he was shot by an Atlanta police officer during an altercation at an apartment complex, his family said. 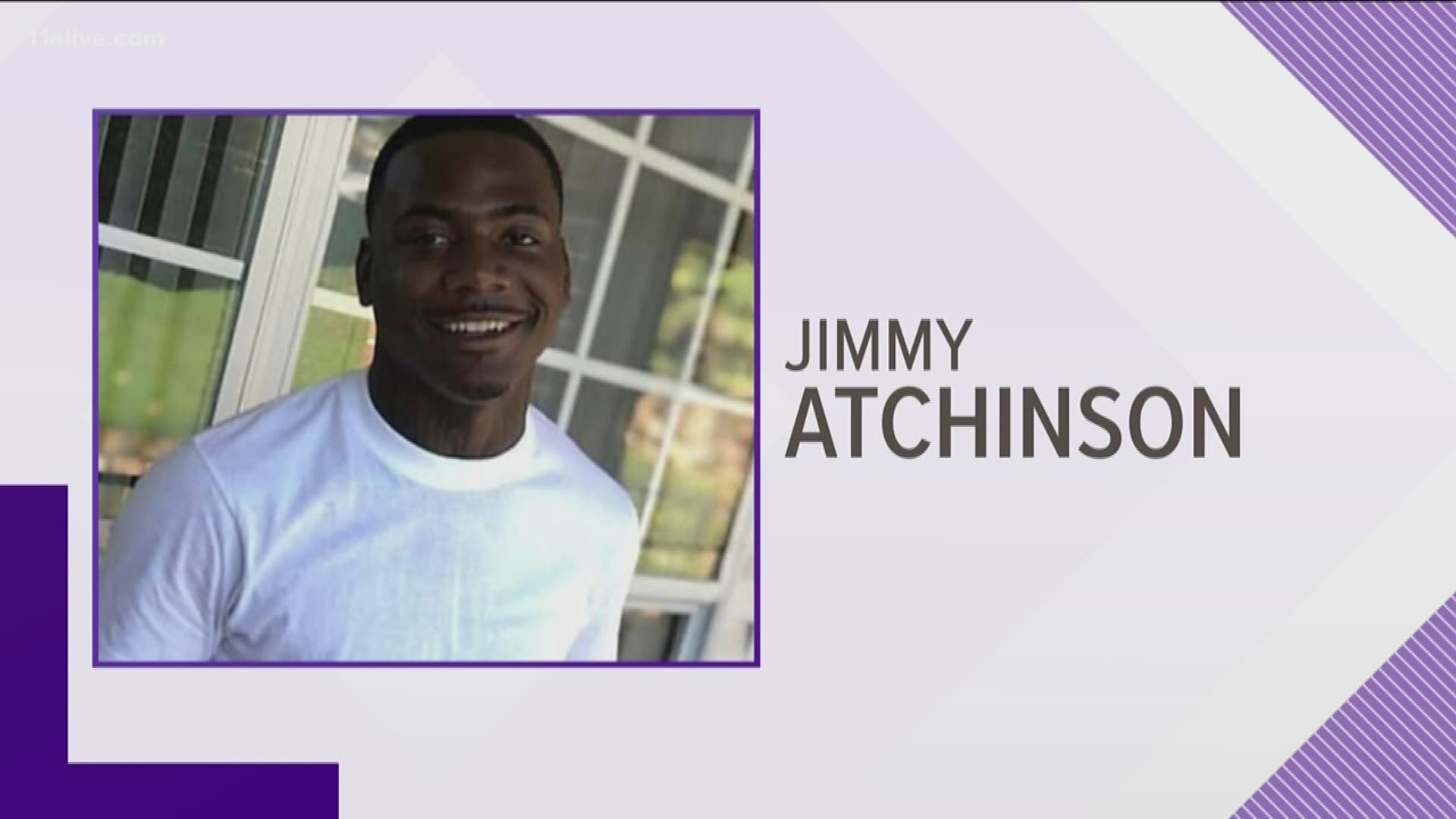 ATLANTA — Supporters of Jimmy Atchison, a 21-year-old who was killed in a shooting at an Atlanta apartment complex, are demanding accountability from the police department.

Atchison’s family said he was unarmed and hiding in a closet when he was shot in the face by Atlanta Police officer Sung Kim in late January. Kim was serving on an FBI task force and wasn’t wearing a body camera when he served a warrant for Atchison’s arrest. According to the FBI, Atchison led police on a foot chase throughout the apartment building in the Adamsville neighborhood in southwest Atlanta. The FBI and GBI are investigating the shooting and have not confirmed the family’s claims.

On Friday, Atchison’s family and supporters hit the streets of Five Points, near Peachtree Street, to raise awareness about his case and demand accountability from Atlanta Police. They waved Black Lives Matter banners and homemade signs with Atchison’s picture and strong words for Atlanta Police, while chanting the words “Say his name, Jimmy Atchison.”

“He was murdered,” said Atchison’s father, Jimmy Hall. “My son’s goals were stolen from him, his dreams, his disappointments, his accomplishments, all in the blink of an eye.”

Hall said he wants the courts to hear his son’s case and for Sung to be charged in his death.

“Wrong is wrong, no matter who does it, and the time is right to do what is right. I know you have a (police) code and you stick together, but my son’s killing was wrong. (Sung) executed my son,” Hall said. “Chief Shields continues to tell us she cannot fire him. She’s lying to me and she’s lying to my family. (Sung) was wrong. He violated police code of ethics, he violated my son’s civil rights, he violated my son’s human rights.”

Attorney Gerald Griggs, who is representing the family, was also at the rally.

“We want Sung Kim to be held accountable … we’ve tried to raise awareness about Jimmy’s case. The best way to do that is direct action, by bringing the community down and educating law enforcement. And, more importantly, educate the community that we are going to stand united,” Griggs said.

Bottoms and Shields have said that they met with Atchison’s family, along with district attorney Paul Howard. The city leaders said that the decision is ultimately out of their hands, because the shooting was part of a federal task force investigation that is being handled by the FBI.

1 / 11
WXIA
Jimmy Atchison's family and activists gathered in downtown Atlanta to raise awareness about the 21-year-old's killing in January. He was allegedly unarmed and shot in a closet by an Atlanta Police officer.