'We’ve been trying to find things to do that are fun or different to try and shake things up for our family.' 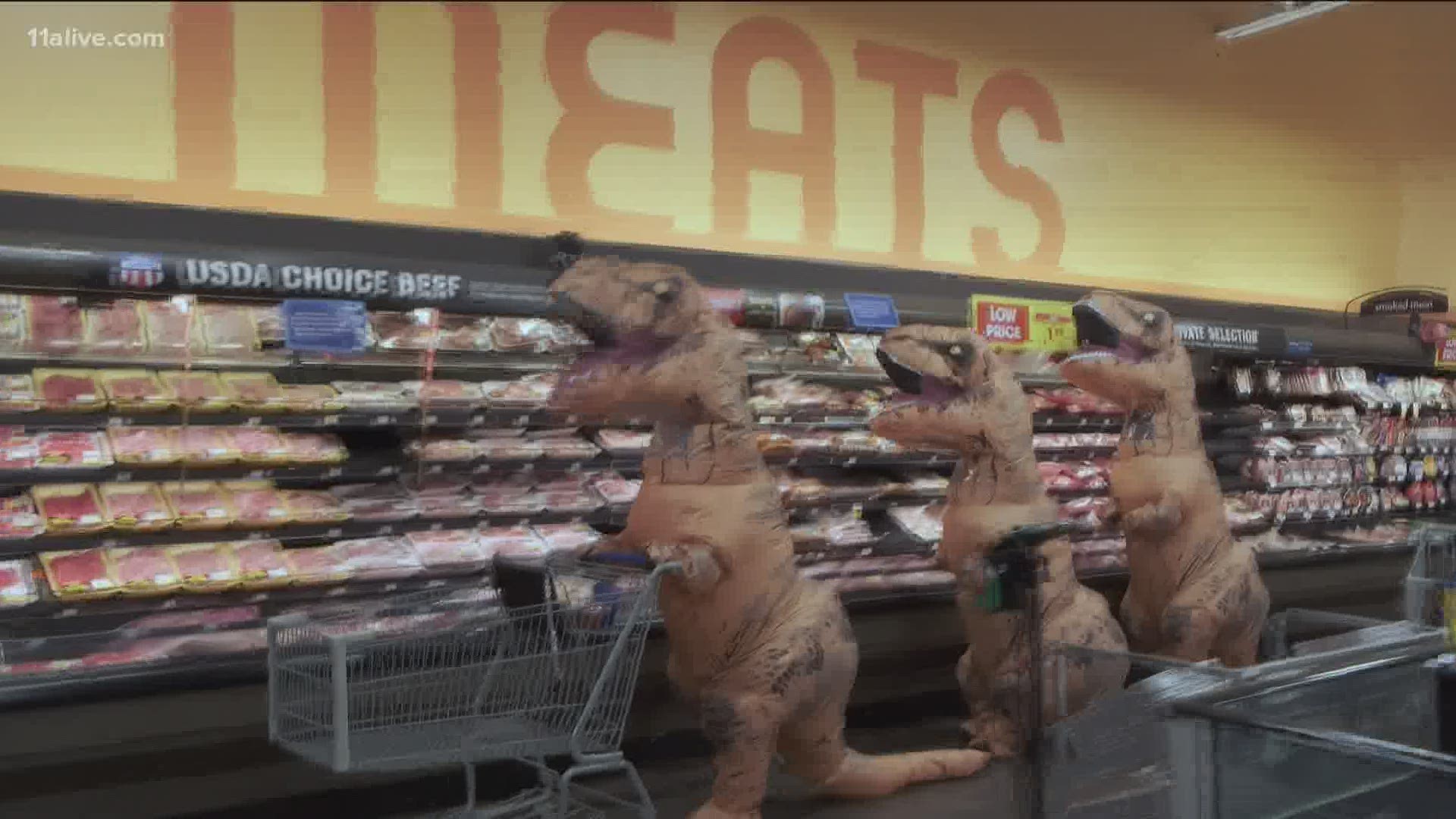 FAYETTEVILLE, Ga. — There were dinosaurs at the grocery store! A small, hilarious herd of three.

It was so unexpected and so ridiculous; yet you can’t help but look and laugh. That is exactly what the Lee family was hoping for.

They were spotted at a neighborhood grocery store, and after posting the video, social media did its magic to connect us to Christine and Chris Lee and their kids Kira and Cameron.

“We’ve been trying to find things to do that are fun or different to try and shake things up for our family,” Christine said.

She explained how she bought three blow-up dinosaur costumes. Her idea was to roam around the neighborhood and around town. They live in Peachtree City.

“Maybe we are further along in our loopiness, being stuck at home for so long,”  she laughed.

She approached the kids about it. At first, they were skeptical.

“She promised us a few hours of video games if we played along,” Kira said. Ten-year-old Cameron suited up, too.

Dad, Chris, came along with his camera to document the adventure and people’s reactions.

“One dinosaur is funny,” he said. “But when you have three of them in the shot, it is the funniest thing in the world.

Kira said the best part was being in disguise.

“It’s fun knowing that you are going incognito,” she said.

“There is no message and no meaning,” Chris Lee added. It’s just meant to be fun.

They wore masks under their costumes.

“We are having fun, but want to be respectful of what the store is asking people to do to be safe,” Christine added.

The goal simply was to make shoppers and essential employees, who are working hard in difficult times, smile.

“Just for a moment, we can take them to a place of genuine laughter and genuine joy," Christine explained. “Making other people’s day a little better and for us it was the most amazing thing.”