Jenna Nicholson's son Miles could not wear the wristband because of sensory issues relating to autism, but she says fair staff would not make an exception 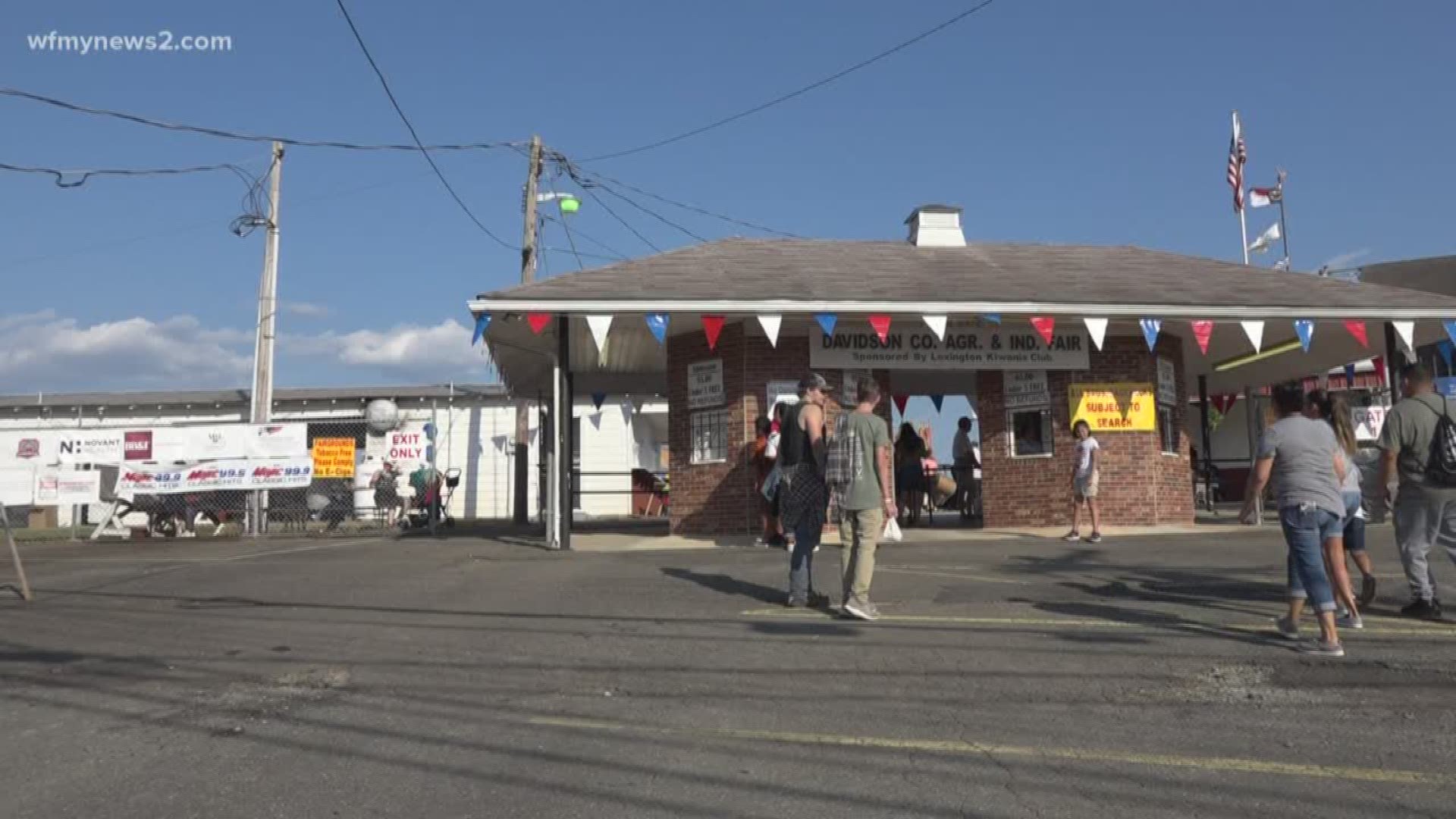 DAVIDSON COUNTY, N.C. — A mother says her family's trip to the county fair turned into a disaster because of how staff members handled a wristband requirement for her 3-year-old son with autism.

Jenna Nicholson's family had been looking forward to their Saturday visit to the Davidson County Agricultural Fair for days, but the mother and her son left just minutes after arriving while the rest of the family stayed behind.

"It's just super upsetting on a day we were looking so forward to, it just kind of got crushed," Nicholson told WFMY News 2 a few hours after the incident.

The Thomasville family purchased wristbands for each family member allowing for unlimited fair rides. Nicholson said she told a staff member about her son's sensory issues and that he would not be able to wear the wristband anywhere on his body.

"I said 'Is there any way I could wear it or my husband could wear it, we could attach it to the stroller, anything,' " said Nicholson. "(The staff member) went and got her manager... He walked up, and he explained again that if he didn't have the arm band on that he could not ride."

"I was already starting to get a little upset, and then I looked down, and one of the workers was trying to put an arm band on his ankle, and I sort of shooed her hand away, I said 'No don't touch my son. I told you he is not going to wear it,' " Nicholson said.

Nicholson and her husband then tried to put the wristband on Bubby's ankle, but he quickly ripped it off, the mother said.

"(My son) has some issues if he is overwhelmed, he will sort of hit his head, and he was starting to do that. And it was just a lot. At this point, a whole crowd was gathering around us, and I'm trying to explain, 'Please he has special needs, he can't help it.' We just really wanted to have a good time. And they just weren't backing down," said Nicholson.

Autism, also called autism spectrum disorder (ASD), is often accompanied by sensory sensitivities in addition to challenges with social skills, repetitive behaviors, and speech, according to the U.S. Centers for Disease Control and Prevention.

About 1 in 59 children in the U.S. lives with autism, according to CDC data.

Nicholson said she and her son finally ended up leaving the fair after the incident because they no longer felt welcome. The family was refunded $22 for the two wrist bands.

"I left with him before things got any worse. I was already upset. My daughter, she is 6, the whole thing upset her. My husband, everybody, my brother," said Nicholson. "I certainly don't want to stay somewhere where I feel like he is not wanted, or appreciated."

Nicholson said the entire situation shocked her family, and she wants the fair staff to realize how difficult life can be for people with autism.

"As special needs parents, I think the thing we've learned is the fight is never over," said Nicholson. "What if there was a stamp, or a card, or something we could show, and they would still let us participate?"

'Unfortunately, there is no way to get around our situation"

WFMY News 2 spoke with Jack Stoorza, Business Manager for Reithoffer Shows, the group in charge of the rides at the Davidson County Agricultural Fair.

Stoorza says he stands by the wristband policy and was not aware of Nicholson's situation on Saturday until WFMY contacted him.

"Our general policy is anybody who rides the ride, either has to have tickets, or they must have a wristband physically attached to them in some way," said Stoorza. "We deal with special needs kids all up and down the eastern half of the United States, and in 30 years, this is the first instance that I know of that a parent has not been able to figure out a way for their child have a wristband somehow attached to them."

Stoorza says staff members offer patrons the option of attaching the wristband to a shoe or a belt loop if the person cannot wear it on their wrist or ankle. Nicholson said staff members never presented her with that option.

"If the child is that upset about having anything anywhere on them in any sort of way, then unfortunately, there is not way to get around our situation, and like I said, this is the first time in 30 years that I know of that we've had this come up," said Stoorza.

Stoorza said the company used to use stamps, but switched to wrist bands because they are easier to keep track of and less messy.

"It's an unfortunate situation. I wish it could have worked out, but I guess the mother wasn't willing to consider anything other than a wristband and so I guess she left right afterwards," said Stoorza.