The family was able to escape the blaze before firefighters arrived to battle the flames. 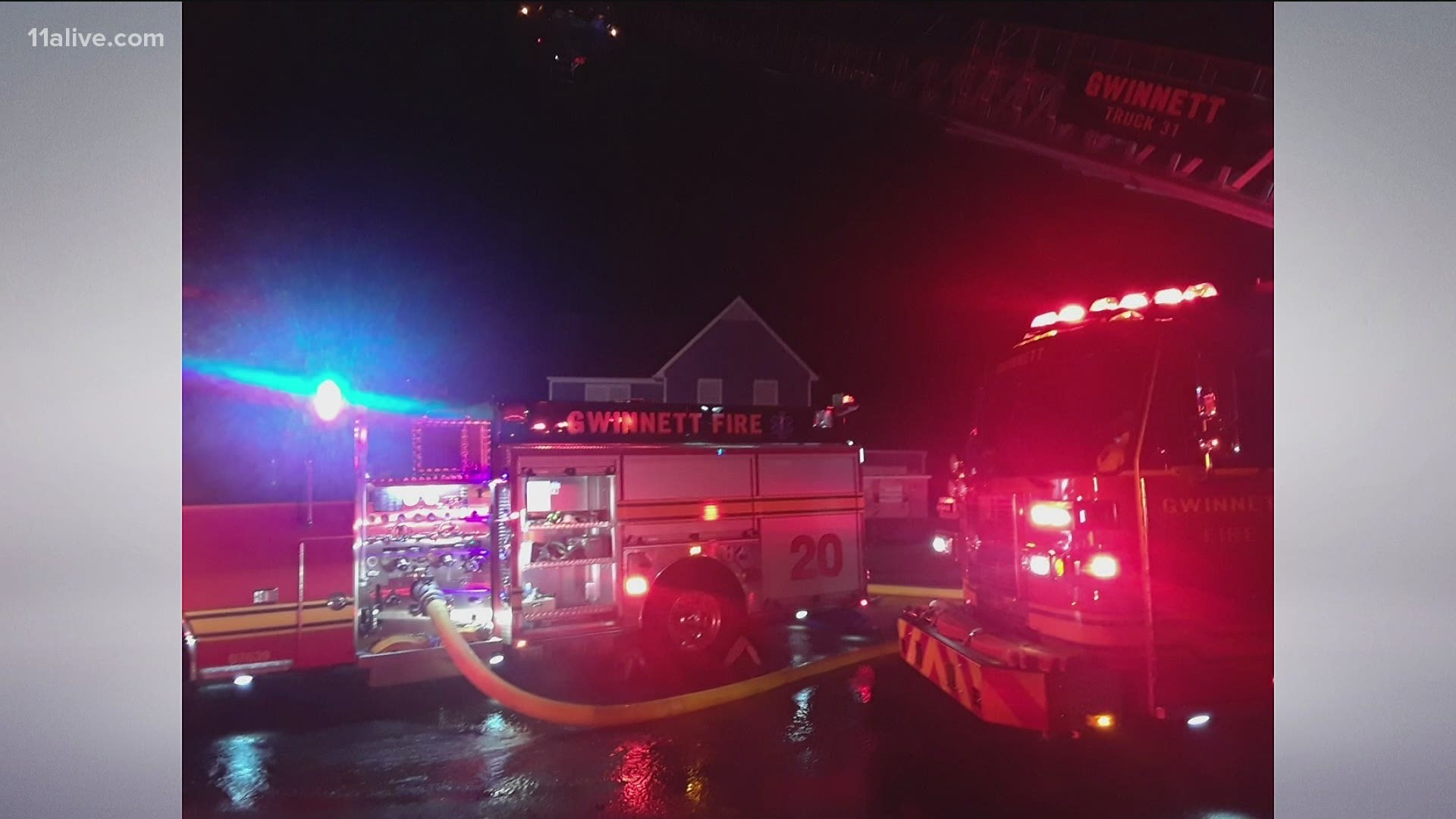 GWINNETT COUNTY, Ga. — A family of five was forced to flee their rented Gwinnett County home early Sunday morning by a fire in an unincorporated portion of the county near Lawrenceville.

According to Gwinnett Fire Captain Tommy Rutledge, a neighbor called 911 to report the house fire in the 1500 block of Sisters Court, N.W., just before 3 a.m.

Rutledge said that when police arrived, they indicated the attached garage was fully engulfed in flames and that all of the occupants of the home were already outside. None of them were hurt, he said.

Flames were already shooting from the roof over the garage and burning in the attic of the home as firefighters entered with hose lines to put out the flames and conduct an initial search of the structure, Rutledge said.

He said that after several minutes, firefighters were forced to back out due to a partial roof collapse and advancing fire conditions inside the home.

According to Rutledge, the blaze was brought under control by 3:29 a.m., but not before causing heavy damage to the home and its contents.

The family -- three adults and two children -- were reportedly asleep at the time the fire started, Rutledge said.

Credit: Gwinnett County Fire
Firefighters battle a house fire that displaced a family of five near Lawrenceville early on July 5, 2020.

He said that the mother indicated she was awakened by the children's crying and went in to check on them.

She and the father smelled smoke and discovered that the garage was on fire, according to Rutledge.

The family was able to escape unharmed, Rutledge said, and were outside the home when police officers and firefighters arrived.

The family told firefighters that smoke alarms started sounding as they were heading out of the home, Rutledge said.

He said that while the family was displaced by the fire damage, they declined assistance from the American Red Cross.

Rutledge said that the family had recently moved into the rented home and now plans to stay with friends.

He said that fire investigators were on hand to assist with a determination of the cause of the blaze and its origin. As of this point, the cause is undetermined and remains under investigation.