An attorney for the family of a high school football player blames the actions of the Hampton High School coaching staff for their son's injuries. 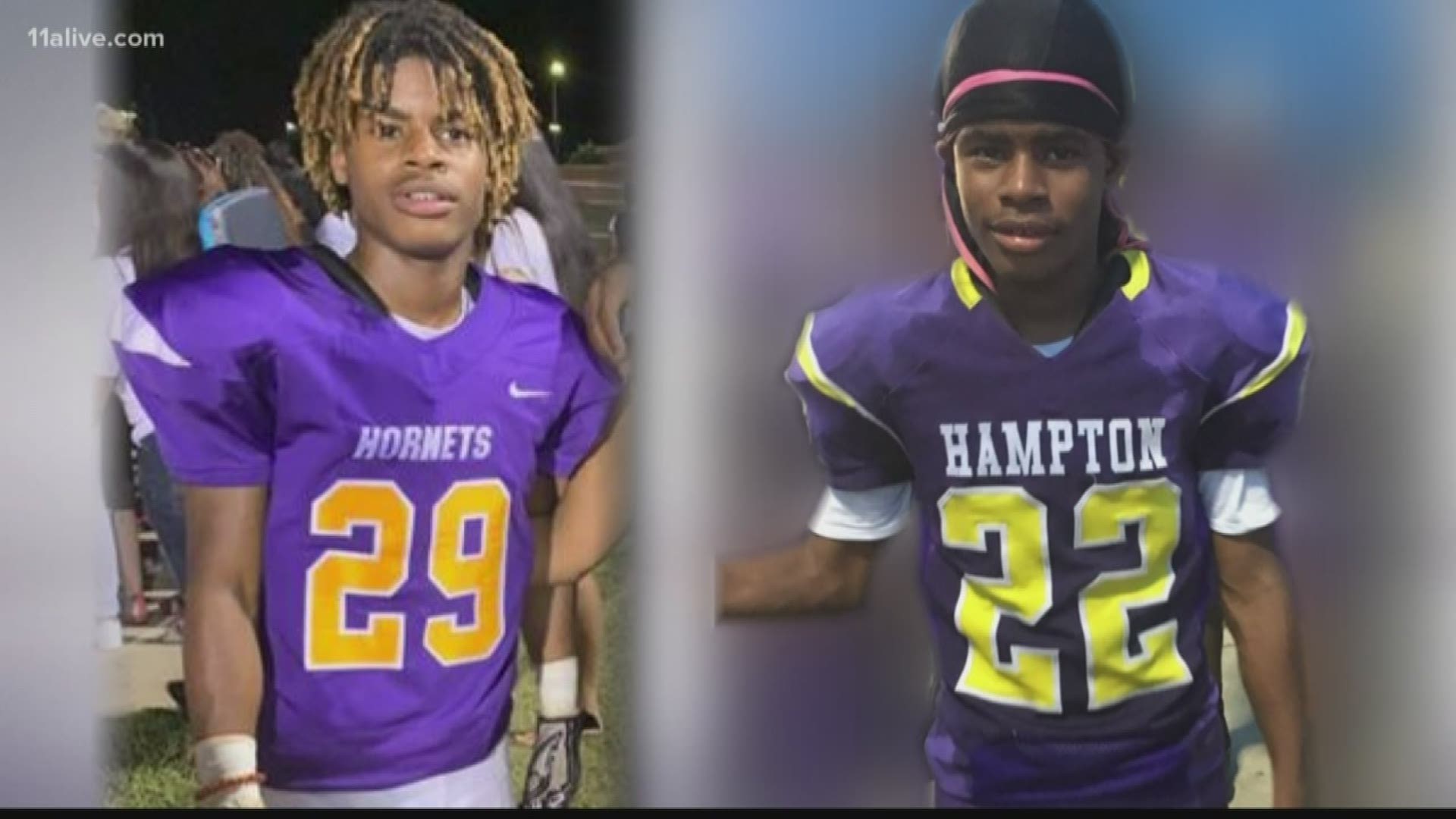 HENRY COUNTY, Ga. — A metro Atlanta family didn't know if their son would ever walk again.

Now, the 15-year-old high school football player briefly paralyzed during a game is finally able to describe the moments leading up to his injuries.

That's how Clark described the first two injuries he sustained while playing football. That one was during practice. The next injury - two days later during a football game - was more severe.

"It was a straight shot, so I went in with my head down - like this," he recounted. "And right when I hit him, my whole body went dead, and I fell on my face and I couldn't move at all."

His parents, Katrice and Willie Clark, were on the way to the game when they got the call to meet the EMS crew at Grady Memorial Hospital.

"I'm really trying to gather my thoughts on how am I going to get to Grady, because this is my baby," Willie Clark remembered.

When the Clarks arrived at the hospital, they found out that their son was paralyzed.

Clark's family and their attorney held a news conference on Tuesday afternoon.

The teen was paralyzed, but now, he can move around on a limited basis with the help of a walker. However, the 15-year-old still needs six hours of rehabilitation a day. The family's attorney, Lashonda Rogers, said the injury was entirely preventable.

She claimed the coaching staff at Hampton High School did two things wrong. The first thing, she said, was that they did not follow concussion protocol after Clark's first injury during practice back in August.

"We are alleging that had the proper concussion protocol been followed, Eric would not have been allowed to participate in the game two days later, until he was cleared by a medical professional," Rogers said.

The attorney also alleged that the school did not report the initial injury on the school's parent portal right after it happened on Aug. 27, and just posted the injury two days ago.

She said the second failure - practicing drills that are illegal.

"You have a certain distance that you can not start a play from, and they did not abide by those rules," she accused.

The attorney explained that the coaches should have kept the distance between the two players running at each other closer together, based on the players' ages. Clark also said the player he had to run against was much bigger than him.

The family has not filed an official lawsuit. They hope to avoid that. But they are asking for a settlement to pay for the insurmountable medical bills - as explained on their GoFundMe Page.

11Alive reached out to the Georgia High School Association to find out the state's official concussion protocol, as well as what drills are prohibited.

We'll update this story when we hear back. As for the school district, they are not commenting on what could become a lawsuit. But they do say they are committed to student safety.