In a video that's spread across Facebook in Central Georgia, Sheriff Larry Dean and a GSP Trooper can be seen arguing. Here's what caused it 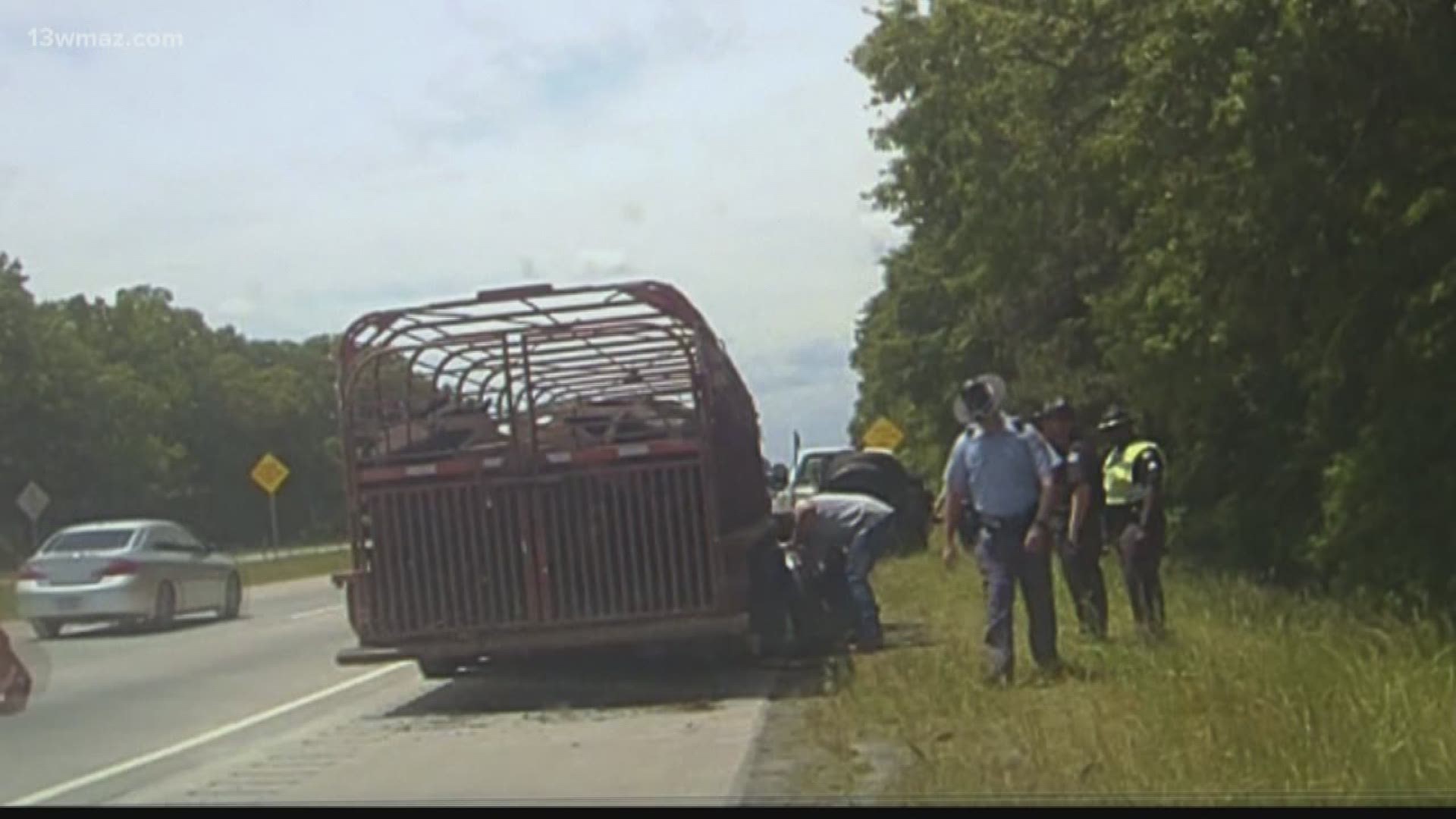 It started with a trailer stuck by the side of I-16 in Laurens County, and ended with five dead cows and law enforcement officials arguing over who was in charge.

Now, video of Laurens County Sheriff Larry Dean arguing with a GSP Trooper is spreading across Facebook and the cow owner is saying a faster response that day may have saved his livestock.

Off Highway 80 in Dudley, you’ll find Doug Bailey working at his convenience store.

When he’s not there, he’s farming cattle. In May, he purchased 40 cows to be delivered the next day in two trailers.

“The first one arrived on my farm and the other one ended up having two flat tires,” said Bailey.

“It was pretty hot, I don’t know what the temperature was. Probably in the 90s,” said Bailey.
In a statement sent to 13WMAZ, Dean says he sent two deputies to I-16W to help the farmer transfer the cattle to a new trailer.

Before the deputies arrived, the driver of the trailer flagged down a Georgia State Patrol trooper to assist with traffic.

Dashcam video shows what followed hours later when Dean called to check on the situation and his deputies told him the trooper wouldn’t let them move the cattle.

Dean arrived at the scene and got into a heated argument with the trooper.

Dean’s full statement is below:

“I think it they would’ve let the sheriff do what he was supposed to do, there probably would’ve been a better chance I wouldn’t have lost any cows,” said Bailey.

He says five cows died the next morning from heat and stress, which cost him around $3,000.

Sheriff Dean says he met with the state trooper in the video after the incident and apologized for his comments and language depicted in the dashcam footage.

Around 9 a.m. Tuesday, Georgia State Patrol released a statement regarding the incident shown on camera.

The Department of Public Safety is aware of the events that occurred in Laurens County on May 5 as well as the video released on social media. Contrary to some media reports, this was never a “confrontation” on the part of the trooper. The video is an incontrovertible representation of what occurred. As Sheriff Dean has stated, he reached out to GSP and resolved any misunderstanding. With public safety as the highest priority for the citizens of this state, the Georgia Department of Public Safety will continue to provide support and resources to the Laurens County Sheriff’s Office as we always have.