It happened around Sunday night at exit 64 off I-85. 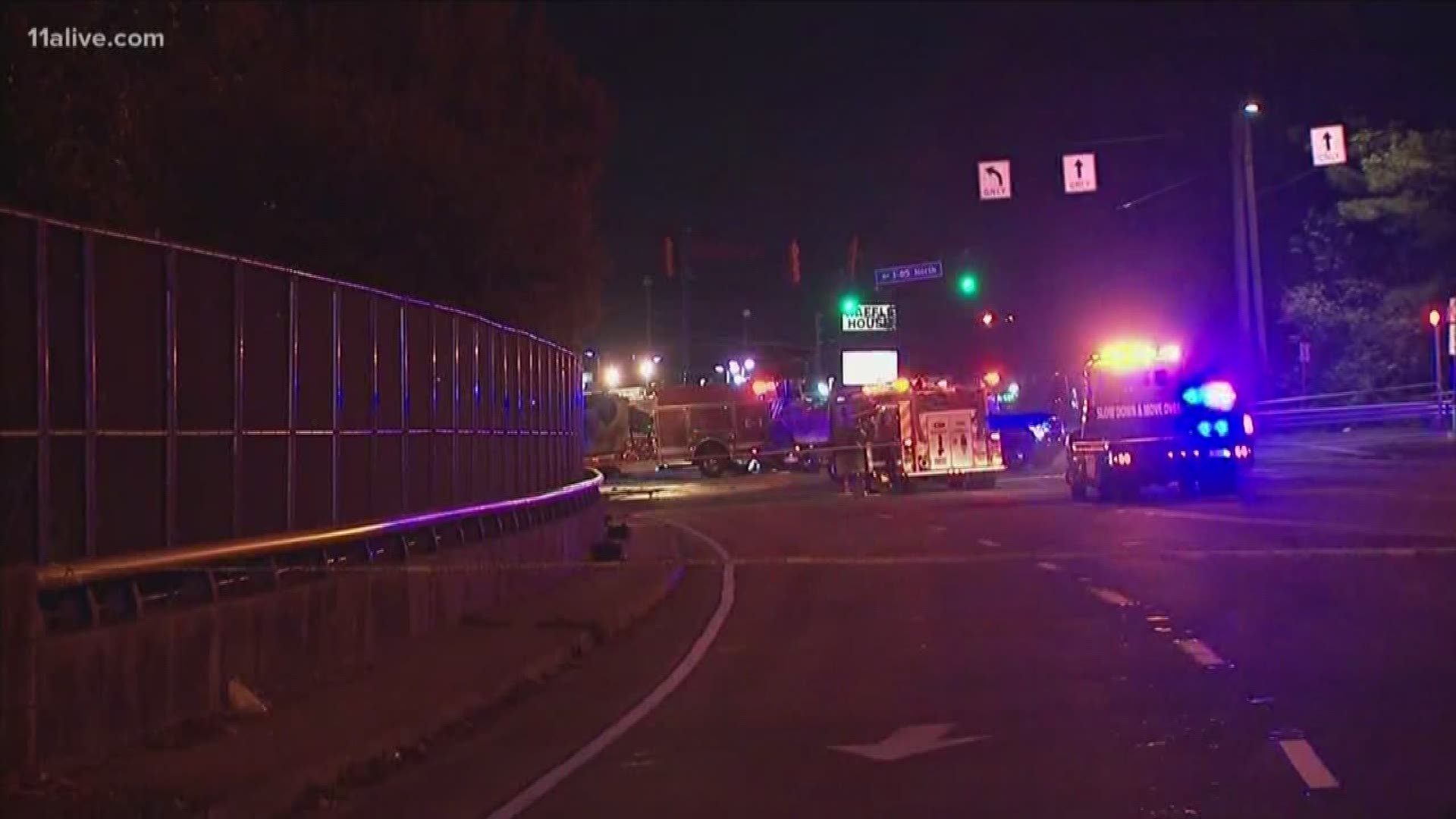 According to the Georgia State Patrol, three people from the van were killed in the wreck.

Three others were taken to Grady Memorial Hospital in downtown Atlanta, as was the South Fulton police officer. He was identified as Deontae Walker, 27. He's been with the department since it's creation earlier this year. Before that, he was a Fulton County Police officer. There is no word on his condition.

Georgia State Patrol investigators said the City of South Fulton Police were in pursuit of a recently stolen Mercedes Benz in the area. The Mercedes had multiple occupants. 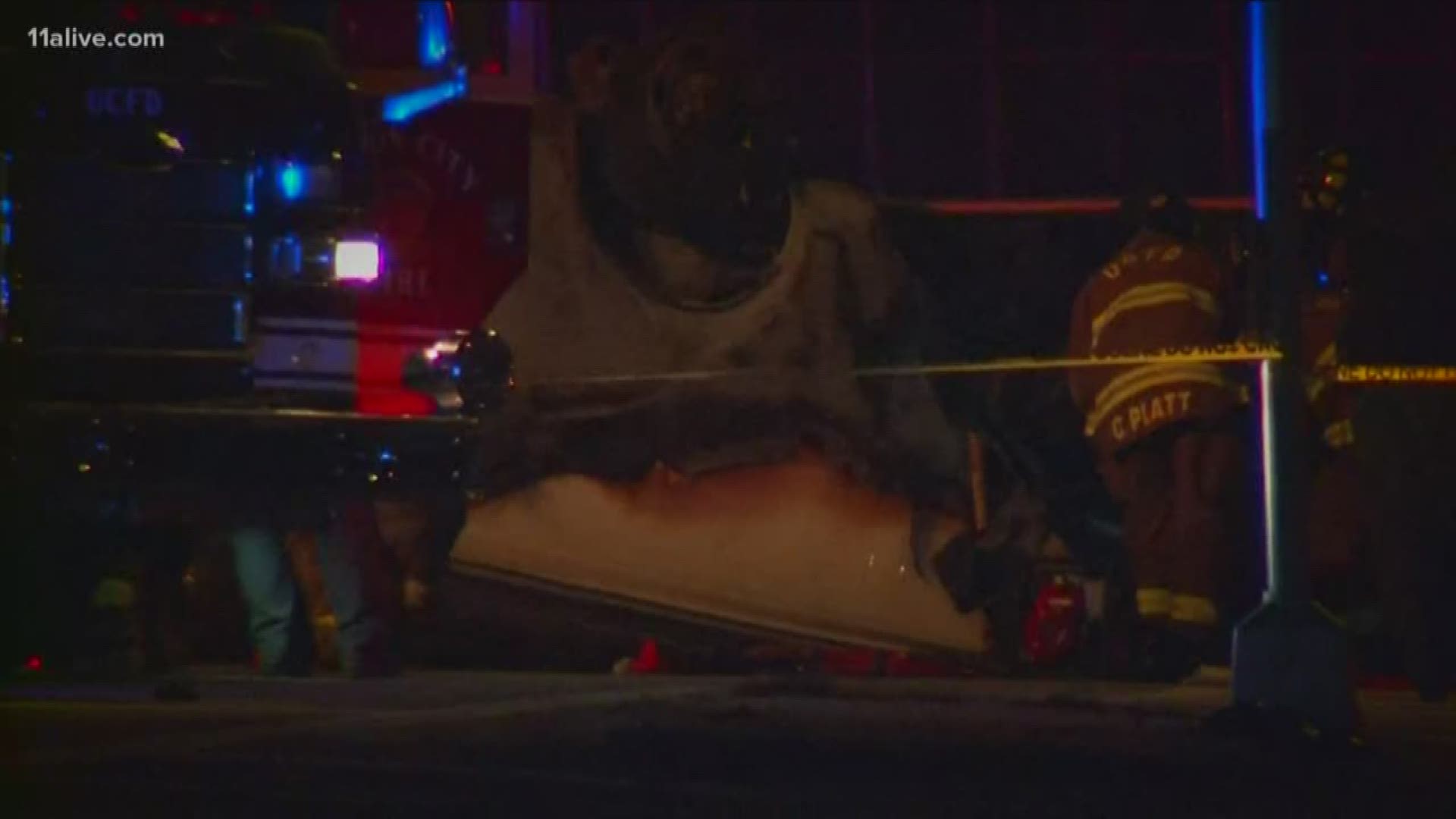 Officer Walker was traveling eastbound on Georgia 138 approaching the intersection with Interstate 85 north. A white work van with six occupants was making a left turn onto GA 138 west from I-85 north and entered the path of the patrol vehicle, according to GSP.

Investigators said Walker was able to escape the vehicle but suffered minor injuries.

Efforts are being made to identify the occupants of the van who were killed and injured.