Dramatic rescue from fiery crash in Fayetteville caught on video 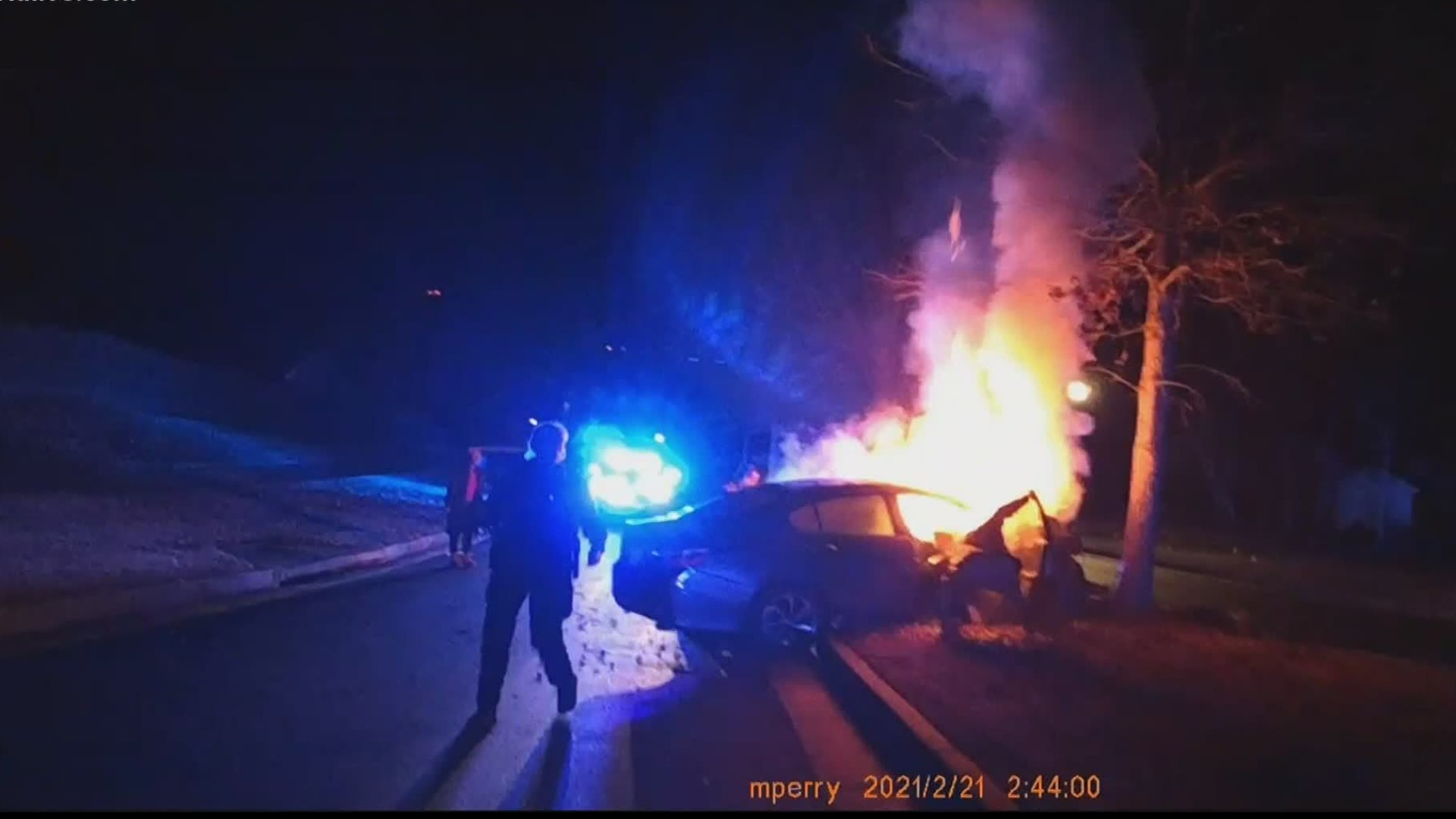 FAYETTEVILLE, Ga. — A dramatic rescue by Fayetteville Police was caught on body cam video. It showed officers save passengers from a fiery crash from over the weekend.

In the body camera video, you can see flames spreading across the front half of the car, as officers run up the open passenger side door, get the seat belt off, and then pull the person to safety - extinguishing their clothes, which had caught fire.

The driver and passenger were both taken to the hospital to be checked out. Their current conditions are not known.

Police said officers responded to the crash off Helen Sams Parkway just after 2:30 a.m. Sunday, after another off-duty Atlanta Police employee saw the car leave the roadway, hit a tree and catch fire.

Fayetteville Police said officer Maggie Murphy got to the scene and, with the help of the off-duty employee, forced open the passenger door. A second Fayetteville officer, Michael Perry, who got there moments later, pulled the passenger out of the car and put out the flames on the passenger's clothes.

Murphy then pulled the driver away from the car; firefighters later arrived to put out the fire. The exact cause of the crash, meanwhile, is still under investigation.

In a statement, Fayetteville Police Chief Scott Gray said he was "proud" of the officers who "risked their own lives" to rescue the drivers.

"We train our officers to do this, but it takes courage to put yourself in danger like that in the line of duty," Gray said.

Editor's note: This story has been updated to clarify that it was an off-duty Atlanta Police employee, and not an officer, who witnessed the accident, according to a spokesperson with APD.