'My 3-year-old child, standing here in front of me, with a braid ripped from her scalp'

A mother is furious after her daughter came home with some of her hair ripped out. 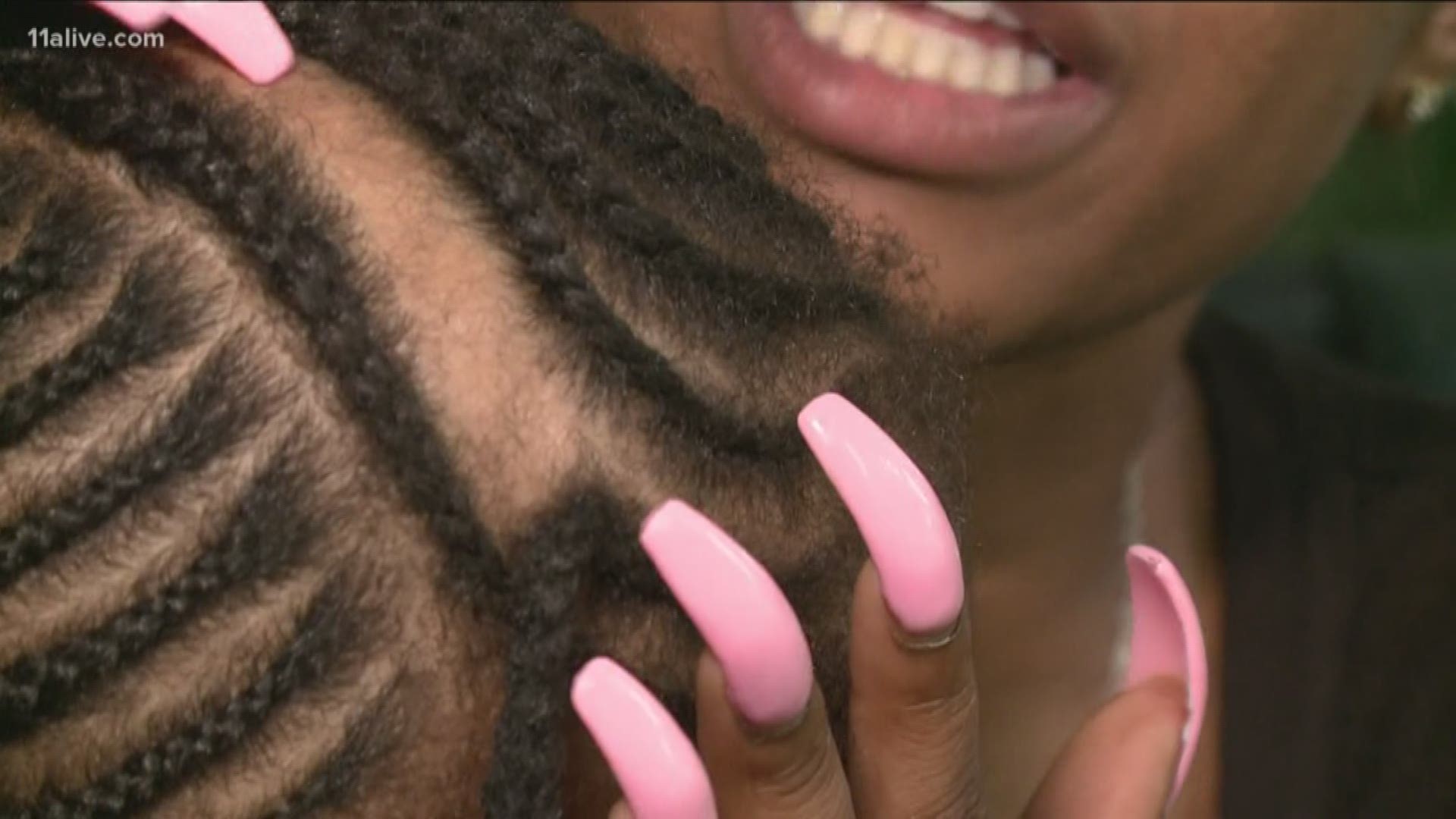 FAYETTEVILLE, Ga. — A metro Atlanta parent is furious after she claims she sent her toddler to daycare and she came back with a braid ripped from her scalp.

Arielle, who asked for 11Alive not to use her last name, said her older sister picked up her 3-year-old from daycare earlier this week. The child told her aunt that a little boy pulled her hair, according to the mom. But it wasn't until they made it home that Arielle's sister noticed the damage. And when she saw her child's scalp herself, she was outraged.

“I'm trying to keep my composure because that's the only thing right at this time," she said.

“My child's hair has been ripped from her scalp," she said. "This is not weave, this are not any extensions. These are braids coming from her real hair from her scalp."

“My 3-year-old child, standing here in front of me with a braid ripped from her scalp, that bothers me very much," she added."You can see there's nothing there."

Arielle said the first thing out of her daughter's mouth when she saw her that day was that a boy bit her hair with his teeth.

She said the little girl has been going to that daycare since she was 5 months old, but Tuesday was her last day.

"She is my child and I’m going to defend her every chance I get," Arielle said.

Arielle claims she reached out to Clayton County authorities about the incident.

“Clayton County told me that this is not a crime and they can’t give me an incident or police report," she said.

A spokesman for the Department of Early Care and Learning, the state agency that inspects daycares, told 11Alive “we are looking into the allegations. The health and safety of Georgia’s youngest learners and peace of mind for their families is always our top priority.”

11Alive also visited the daycare.  Proprietor Mildred Brown said she was “not aware” of the allegation and declined further comment.

A state inspection at the home daycare in May showed one caregiver watching six children. The inspector found it in “good standing” and “quality rated.”