Members of the FBI's Atlanta office, the U.S. Attorney and the Atlanta Police Department made the announcement, Thursday. 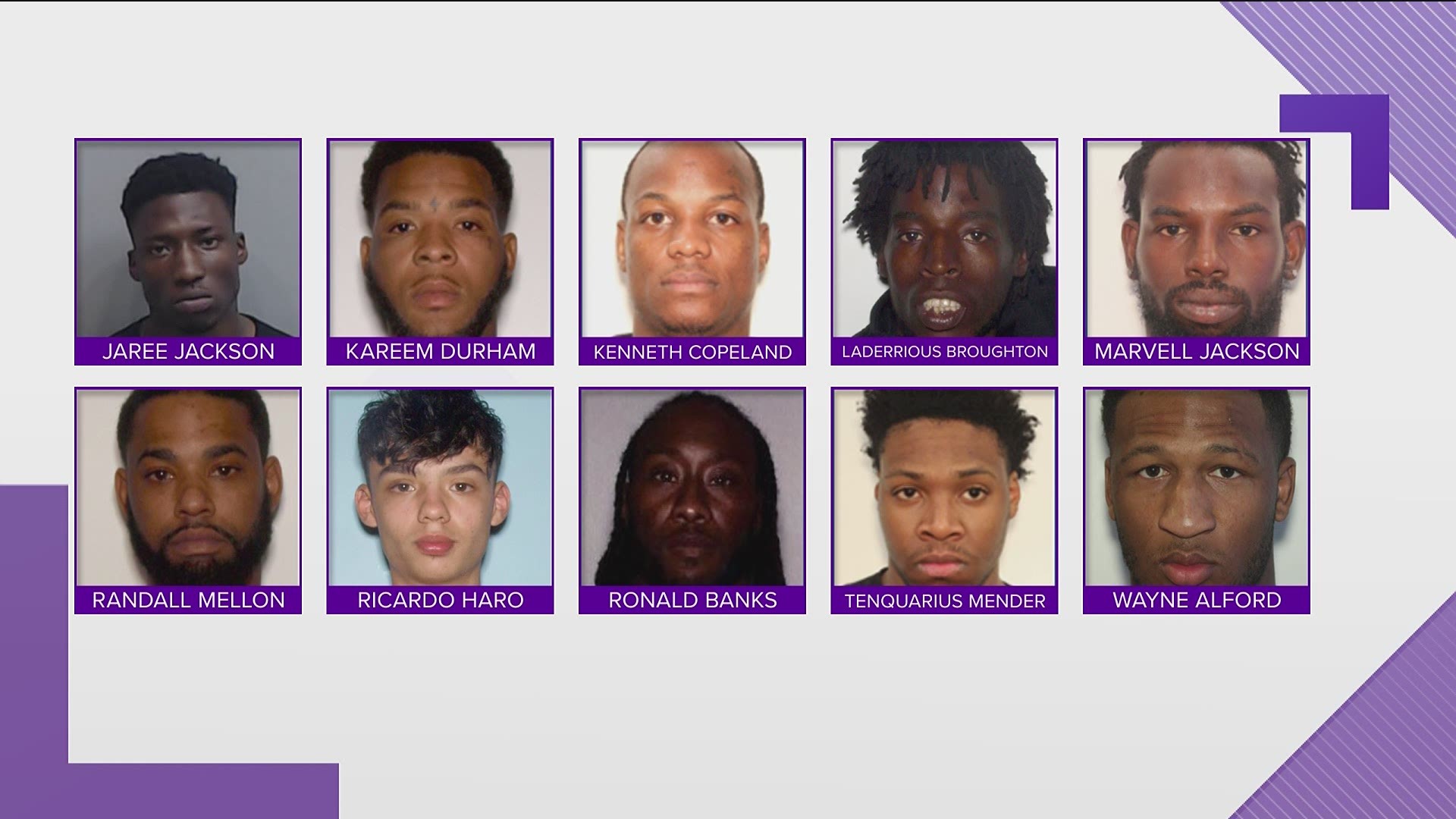 ATLANTA — The FBI's Atlanta office held a news conference, Thursday, to announce federal charges for 12 of the "most violent offenders," who they said were behind the bulk of the rise in violent crime in metro Atlanta.

The charges were the result of what was dubbed Operation Phoenix. Homeland Security, the ATF, DEA, US Secret Service, GBI, US Attorneys office, and the Atlanta Police Department all participated in the investigation.

According to the FBI, back in mid-August, federal agencies worked with the Atlanta Police Department to develop a strategy to address the rise in violent crime happening throughout the city. It resulted in what was dubbed Operation Phoenix, which was described as a "sustained, systematic, coordinated" effort between the federal, state, local law enforcement.

About 10 weeks after the operation was launched, the FBI said it was able to identify about a dozen people they believed were some of the most "significant violent crime members in the city."

After investigating, the brought their findings to the US Attorney's office - the result: federal charges against the 12 individuals.

"We believe this initiative will slow the violence," explained FBI Special Agent in Charge Chris Hacker, adding that they believe the federal charges would act as a "strong deterrent" in any further violent acts.

The spike in violence, according to officials, came after decades of a decline and coincided with a global pandemic and a summer of civil unrest.

"Add to it the turned up rhetoric against police officers, and a certain, premature prosecutorial decision related to charging police officers, that significantly and negatively impacted our peace officers," Attorney Pak said.

As a result, he said, low morale and stretched resources for APD led to decrease response times, a decrease enforcement in communities, and "left a vacuum" in the city.

"So, it's really no surprise when the city's murder rate significantly exceed the previous years, and the violent crime rate is increasing," he continued.

According to Interim Chief Rodney Bryant, APD first started noticing the uptick in May, after lockdown restrictions were loosened. People, Bryant said, were antsy because of staying inside because of the pandemic. Add in improving weather, more social gatherings, and then mass waves of protesting, Bryant said they saw more homicides happen - including more in the month of July (24 by his count) than in most previous years.

Analysis of the crimes, Bryant said, reveled a "network of individuals that they believed were truly committed to violence." He said it led to the department calling in federal help, leading to Operation Phoenix.

He said the effects were almost immediate.

"The numbers started to stave off as we started to arrest these individuals," he said, adding that there was "no area of the city that they didn't touch." Now, with the 12 people identified off the street, Bryant said it appears the number of violent crimes have started to diminish.

Bryant said he believes the partnership with federal authorities will help disrupt major crimes, including drug sales, and because federal crimes come with stiffer penalties, keep future crimes from happening in the first place.

"The bottom line is there are going to be consequences for committing violent crimes in Atlanta," FBI agent Hacker said, warning that this was only "phase one" of Operation Phoenix.