The FDA is warning that those closings could have a serious ripple effect. 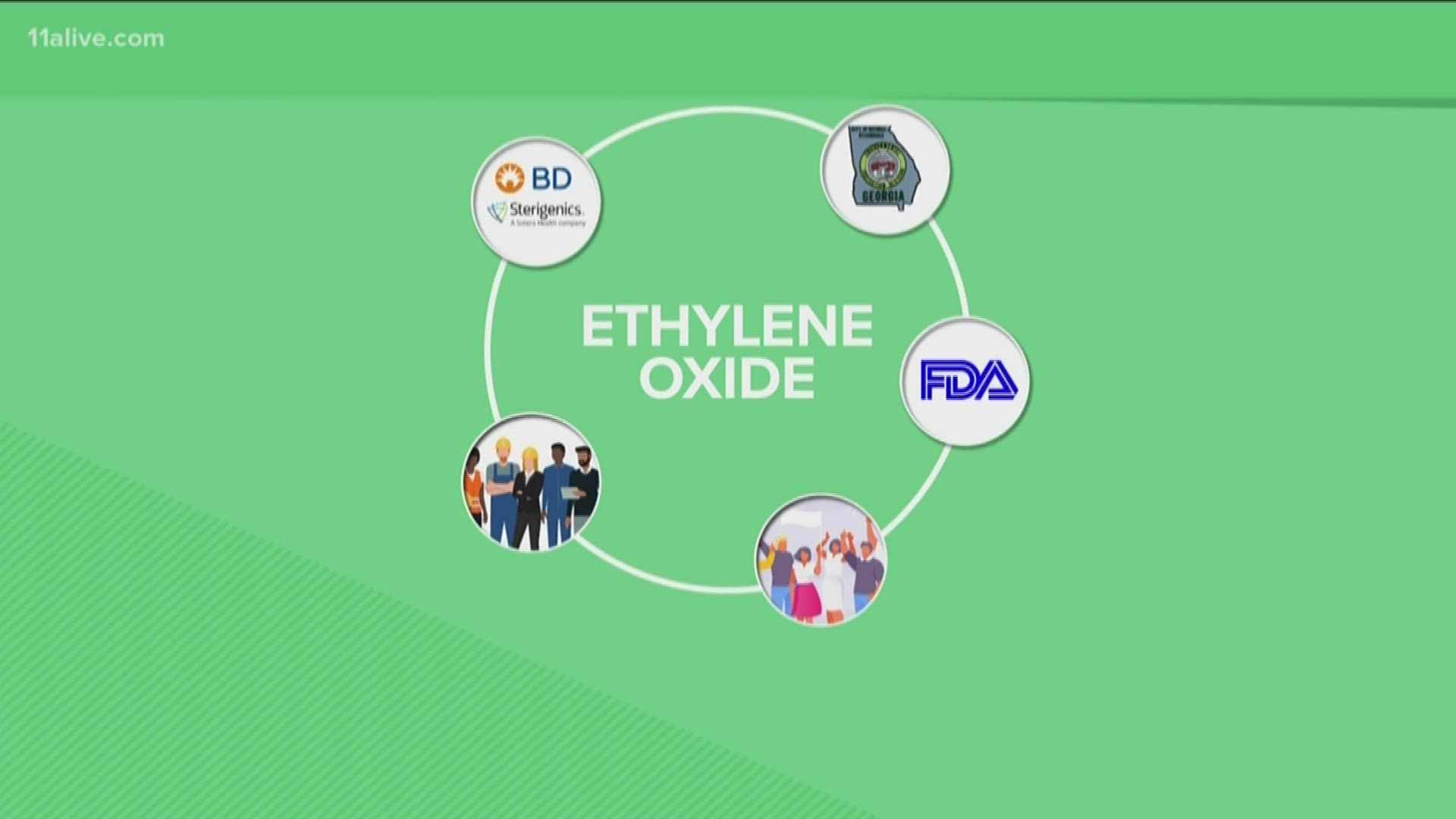 ATLANTA — The US Food and Drug Administration is weighing in on the fight to shut down medical sterilization facilities in the metro Atlanta area, warning that such a move could disrupt necessary care at hospitals.

The FDA said it has been "closely monitoring" the ongoing fight between the state and the two facilities - BD in Covington, and Sterigenics in Cobb County. Both plants specialize in the sterilization of medical equipment, a process that emits a known carcinogenic, called ethylene oxide gas.

Last week, the state announced it would be taking legal action, filing a temporary restraining order to get the Covington plant to suspend operation until the plant makes improvements to lower the levels of ethylene oxide released into the air. The plant has fought back ferociously, maintaining that it has operated within state guidelines the whole time, despite having suffered multiple leaks at the site. Sterigenics, meanwhile, voluntarily shut down in September in order to make improvements to its facility; another of its facilities in the Chicago-area closed before that.

RELATED: Why is BD still open while Sterigenics is closed?

Now, the FDA is warning that those closings could have a serious ripple effect that could have a negative impact.

"Medical devices that are sterilized to remove potentially harmful germs and other microorganisms prior to use are critical to our health care system and a shortage—especially of life-saving, life-sustaining, or other critical devices—can be a detriment to public health," the FDA said. "In light of the possibility of continued ethylene oxide sterilization facility closures, we are again alerting the public to growing concerns about the future availability of sterile medical devices and impending medical device shortages."

The FDA said it recognizes the concerns associated with the release of ethylene oxide into the environment, but said use of the gas is a "scientifically-proven method of preventing harmful microorganisms from reproducing and causing infections."

The FDA said the gas is used on nearly 20 billion devices sold in the US every year and is one of the safest ways to disinfect products - from surgical kits used to perform emergency C-sections to knee and hip replacements to cardiac procedures - without causing damage to them in the process.

The administration said without adequate availability of ethylene oxide sterilization, "we anticipate a national shortage of these devices and other critical devices including feeding tube devices used in neonatal intensive care units, drug-eluting cardiac stents, catheters, shunts and other implantable devices."

And although there are alternatives to ethylene oxide sterilization, the FDA said there are no readily available processes or facilities that can serve as viable alternatives.

"In short: this method is critical to our health care system and to the continued availability of safe, effective and high-quality medical devices," the FDA said.

If the closures continue, the impacts could be "difficult to reverse," and ultimately result in years of spot or nationwide shortages of critical medical devices, the FDA said. They are now asking health care facilities to take stock of their inventory and not attempt to hoard or over-purchase devices.

In the meantime, the FDA said it is listening to the public's objection to ethylene oxide and said it is looking at ways to reduce the reliance on the gas in the process of sterilization.