The new construction at that location will include a residential community with 1,180 units by the developer Empire Communities. 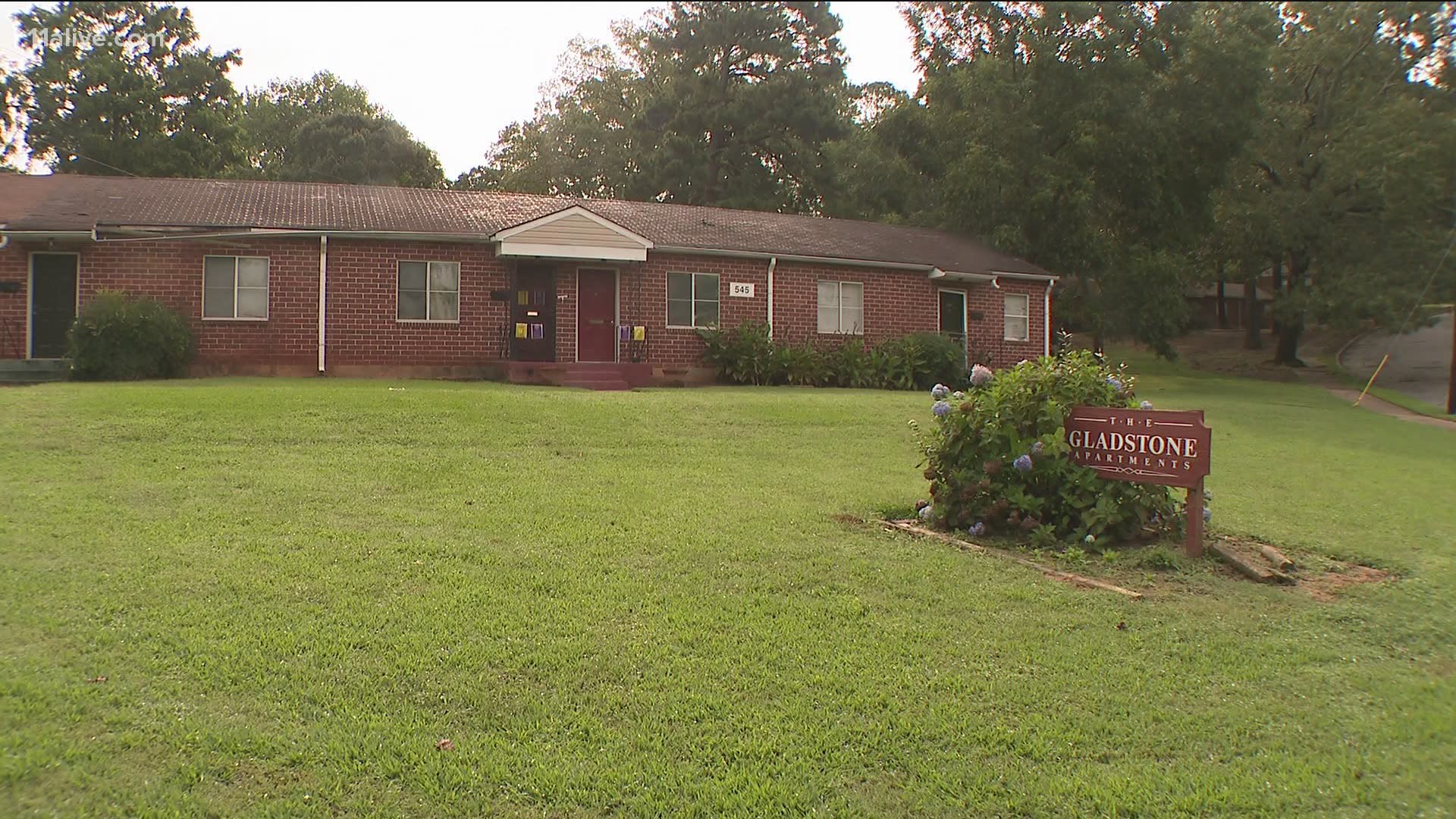 ATLANTA — Revitalization is nothing new in Atlanta. Neighborhoods have been going through heavy transformation thanks in part to gentrification. As old buildings are demolished, new condos and properties go up, bringing up the property value, and changing the demographic of communities.

In a matter of months, southeast Atlanta’s Gladstone Apartments will be demolished. The area will make way for new developments, which is a sign that the southside trail of the Atlanta BeltLine is shifting the landscape.

The apartment complex currently has 164 units with predominately Black residents.

The new construction at that location will include a residential community with 1,180 units by the developer Empire Communities.

One longtime resident tells 11Alive the immediate plan to demolish Gladstone Apartments did not give families time to find places to live.

“A lot of people is still in square one. They don’t know. They’re trying to find places,” she said.

Residents say they were notified in August that they would all have to be out by late October, leaving them two months to find a new home.

The property owners provided incentives, based on a note that was handed to all residents. They would be given $2,500 in relocation assistance if they move by Sept. 30. And there would be a reduced amount of $1,500 if you move out by the end of October.

Off camera, some residents say that with the lack of affordable housing in Atlanta, the assistance does not help the long-term issue that gentrification leaves behind. Some fear that displacement could lead to homelessness.

But residents say they’re concerned that it may not be in their price point or in a quality community.

11Alive asked the property manager what would happen if residents don’t find new housing by the deadline. A representative said no residents will be left to be homeless. Residents we’ve spoken to hope that promise will be kept.