4-year-old boy and father 'show love', team up to feed homeless in Atlanta 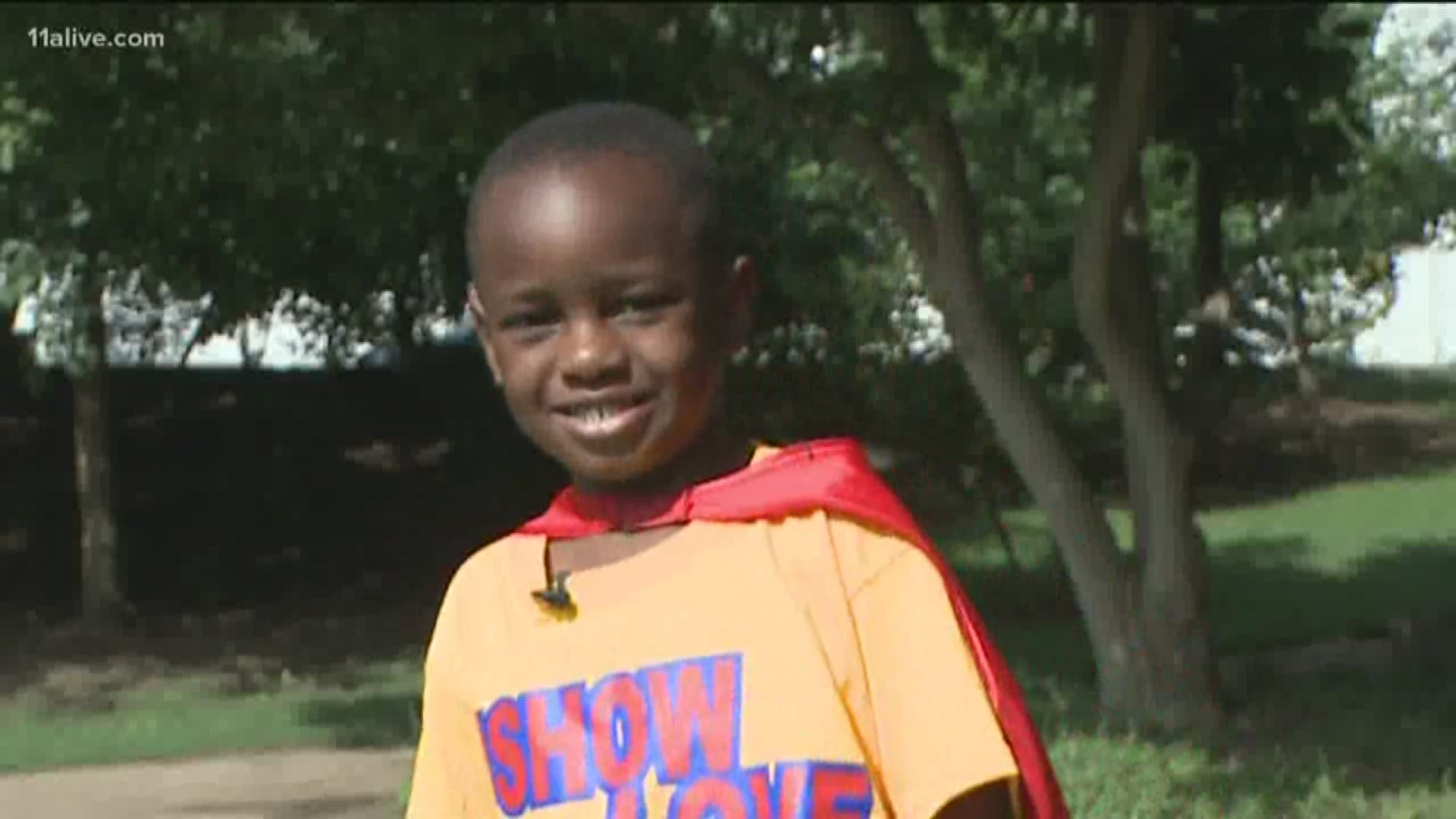 ATLANTA -- Have you ever had a random thought and it suddenly turned into an inspirational idea?

Austin, along with his father TJ and volunteers with the Atlanta Community Food Bank, partnered with Church's Chicken and gave away food to the homeless.

Austin, dubbed the "President", was out in the sun providing hot meals to those in need.

"Austin was asked what was his motto and he responded, 'Show love, of course'. And it was a simple message but very profound and when I heard that, I felt like it was something that we should carry on and try to change the world," said TJ, Austin's father.

But how did Austin decide he wanted to start helping homeless people? Well, it's as sweet as it is random.

"Austin and I were at home watching television and we were talking just about panda bears and the mother was leaving her cubs. I just gave him a quick answer and said the cub would be homeless for a while. And, as any 4-year-old does, he said, 'What's homelessness?'"

After a few more questions, Austin started to grasp the concept, but not quite.

"He had more and more questions and every time we would go out in the car he'd say, 'Hey dad, there's a homeless person!' And I'm like, no Austin that's not a homeless person. Eventually I said, 'Okay, if you're good, I'll take you to see the homeless people.'"

After Austin's father took him to see the homeless, he decided he wanted to help them by feeding them.

"It's just the right thing to do," said Austin. "It makes me feel great!"

Austin says he wants to become the president when he grows up because it's his "alter ego". He also has some valuable advice to pass on to other children, "Don't forget to show up!"

His father wants to support his son's dream to become the next president, hence the nickname.

"My dream for him would be to fulfill his ultimate goal and that's to become the President of the United States of America," TJ said.

"Being the president, it would entail, serving people in need, helping out homeless people and doing what he's doing now. If he can keep up the good work that he's doing now, I don't have any doubts that he'll be president one day."

Church's Chicken got word of Austin's heartwarming spirit and decided they wanted in and thus the #ShowLove campaign was born.

"I think the CEO actually saw one of the stories and he was touched by the fact that Austin was feeding homeless people with chicken sandwiches," TJ said. So thus the wonderful partnership began.

TJ hopes that the message to be more compassionate and to help people in need will continue to spread. "It's just important."

On National Fried Chicken Day, July 6th, Church's Fried Chicken will be partnering with Austin and his #ShowLove Foundation. Anyone who tags #ChurchsChicken and #ShowLove, the restaurant will donate a dollar to the foundation, up to $10,000.