The fire left damage to 14 units. 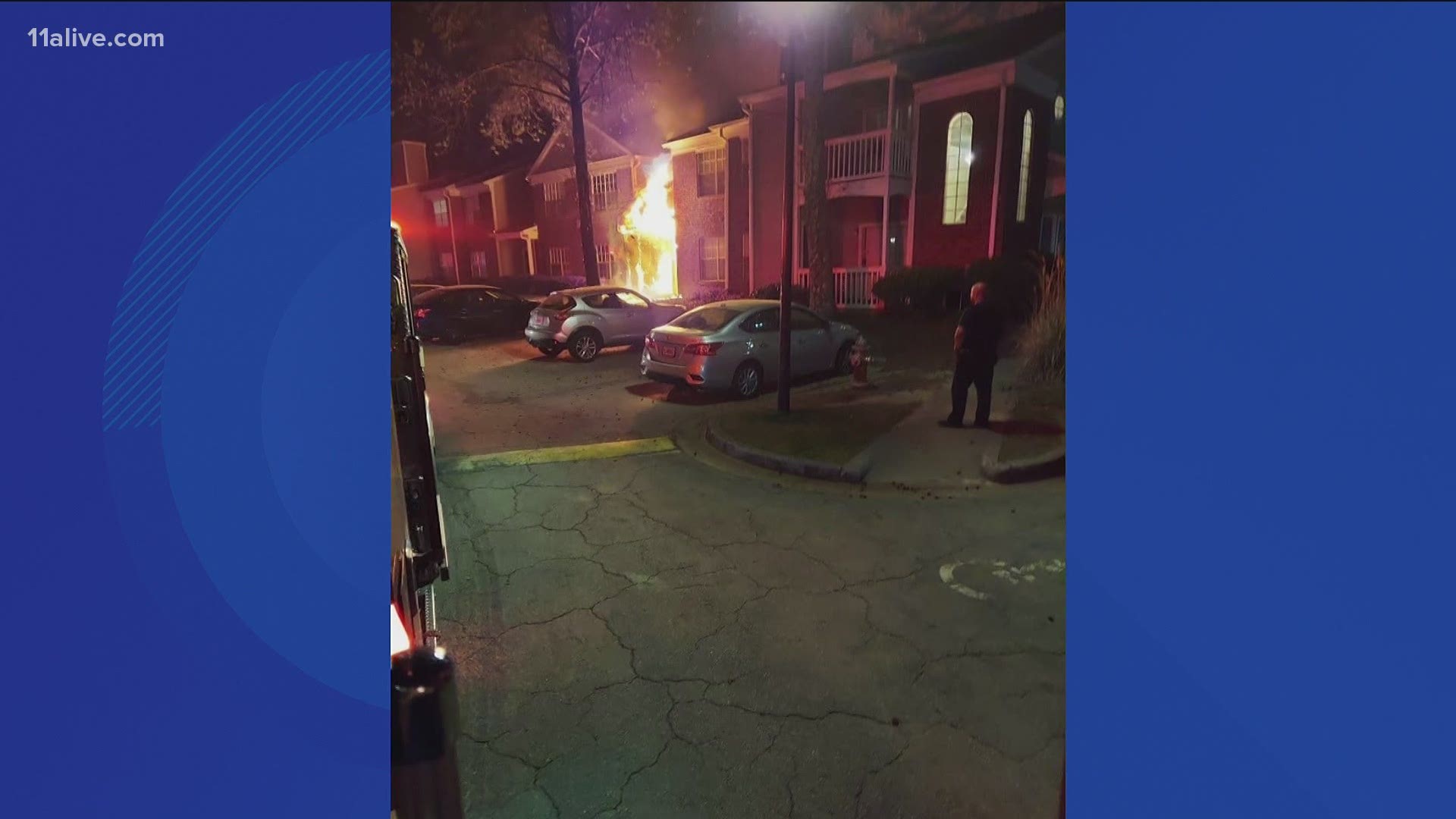 LAWRENCEVILLE, Ga. — Firefighters battled an early morning apartment fire in Lawrenceville Sunday that left 36 people without a home, including 11 children.

It happened at the Anzio Apartment Homes on Sweetwater Road NW at about 6:30 a.m.

When Gwinnett Fire crews arrived, there were flames coming from one of the buildings. Gwinnett Police helped make sure the building was cleared of any people.

The fire was brought under control approximately 40 minutes after arrival, Lt. Justin Wilson said. Two of the 14 units were extensively damaged by the fire with minor smoke and water damage throughout the rest of the building.

No injuries were reported and the cause is under investigation.

The Red Cross is providing assistance to residents.

Firefighters responded to an early morning apartment fire at the Anzio Apartment Homes in Lawrenceville. Heavy fire rapidly extending towards the roof on arrival. The fire has been extinguished with no injuries reported. Additional information will be provided when available. pic.twitter.com/qSC4PXdj6l