2 rescued after being trapped during fire at condo building

One person was taken to the hospital, officials said. 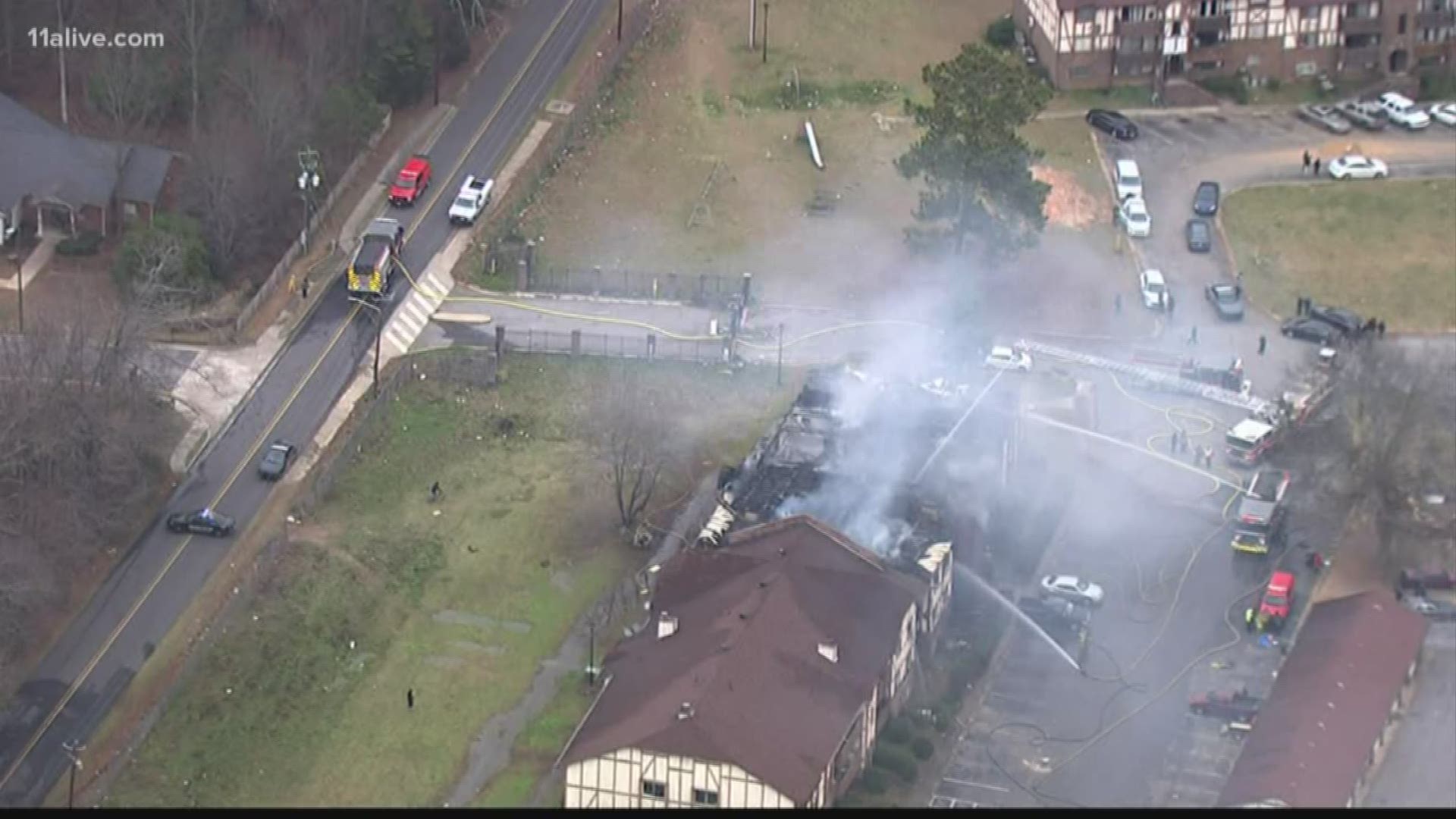 FULTON COUNTY, Ga. — Two people had to be rescued after a fire broke out at a condo building on Wednesday in South Fulton.

According to South Fulton Fire Chief Freddie Broome, crews received a call about a fire at Camelot Condominiums just after 2 p.m. The complex is located in the 5000 of Old National Highway.

When the fire was still raging, people jumped in to action to help rescue two small children from a balcony. Video shows one person running with a ladder to aid them. A resident dropped them to safety to the person on the ladder.

"When we arrived on the scene there was flames visible from the third floor already venting through the roof," Broome said.

"There were two victims that were on the third floor that we had to rescue" he said.

One person was taken to the Grady Hospital. At the scene, 11Alive learned the victim is being treated for burns on the hands and face. Another person was treated and released at the scene.

Video from witnesses on the scene showed the raging fire. Another clip shows people lowering what appears to be a child from the building.

The 11Alive SkyTracker flew over the scene which shows the scope of the damage.

The Red Cross of Georgia responded and said 60 residents were impacted. The organization added that the fire destroyed half of a 24-unit building.

Power to the damaged building has been turned off for now. The cause of the fire is still under investigation.