It happened at the Las Palmas Apartments on Seasons Parkway in Norcross shortly after 3:15 a.m. 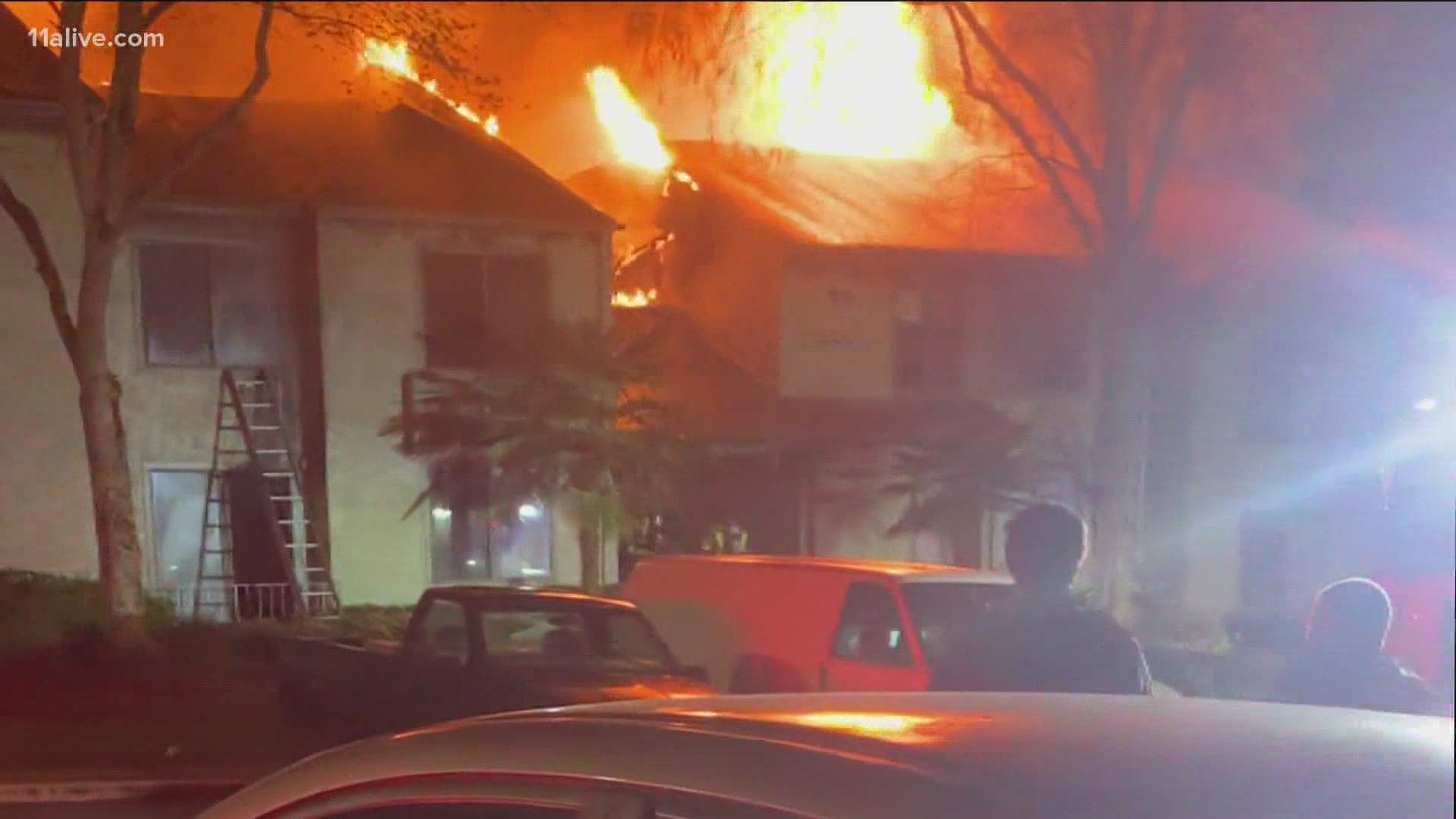 GWINNETT COUNTY, Ga. — Multiple people were left without a home the day after Easter following an overnight fire that tore through a Gwinnett County apartment. A young couple, Marvyn and Alexus, who just birthed premature twins lost everything in the fire.

It happened at the Las Palmas Apartments on Seasons Parkway in Norcross shortly after 3:15 a.m. on Monday.

According to Gwinnett Fire & Emergency Services, the back of the building was engulfed in flames and had already "tore through the roof" when they arrived. The blaze left "heavy" fire damage to several of the units.

The Red Cross was helping approximately 26 people who were displaced due to the fire.

Gwinnett fire said no one was injured and everyone was able to safely evacuate.

"The couple lost everything, including all the clothes and diapers for their twin girls who were born four months early," according to the online fundraiser site. "They still haven't been released from the hospital and now have no place to come home to when they do."

The couple is hoping to raise $15,000 in an effort to rebuild their life, not only for themselves but for their babies.

"Please contribute what you can, this unexpected disaster has left this family with a great sense of gratitude to be alive, but also took away their home and necessities," the campaign organizer on the GoFundMe page said.

For more information on ways you can help this family visit the GoFundme page.

Video from apartment Fire at Las Palamas Apartments in Norcross Monday morning. Red Cross is assisting 26 displaced occupants. Cause is under investigation. pic.twitter.com/uVnQkGFRd4