At this time, there are no reports of injuries. The cause has not yet been determined. 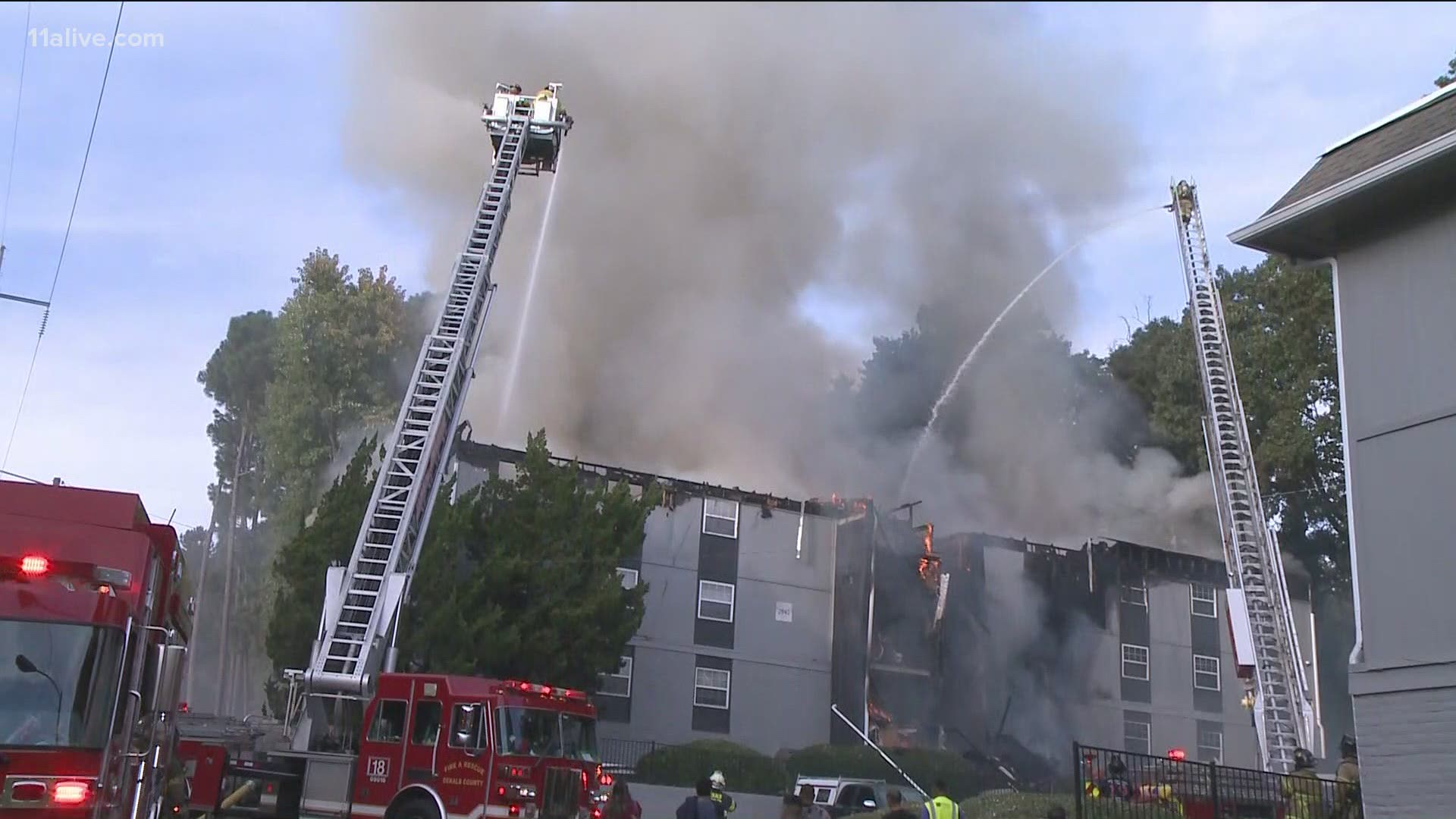 DEKALB COUNTY, Ga. — At least 70 people are displaced after a major apartment fire in DeKalb County.

According to DeKalb Fire Capt. Deon Bentley, the fire ripped through the Alderwood Trail Apartments at 2947 N. DeKalb Dr.

Images from above the fire showed flames shooting through the roof of the building and plumes of white smoke billowing in the air as crews worked to put out the fire.

Early indications appear to show that the fire started in the breezeway, though it's still unclear exactly how it was sparked.

While no one was injured in the fire, officials said that because it started in a breezeway, there were some people who were initially stuck inside their apartments. The fire department told 11Alive's Hope Ford that neighbors actually used their own ladders to help get people out before the fire department showed up.

11Alive's photojournalist on the scene reported there was heavy damage to the entire building; at least 12 units were completely destroyed.

The Red Cross is now offering help to those affected by the fire, including offering temporary housing, clothing, food and other items.

11Alive's crew is on the scene and is working to get more information. This story will be updated as details develop. Refresh it often for the latest.