Fire along Cheshire Bridge Road | What you need to know, alternate routes

The flames were put out early Thursday morning just before 5 a.m. 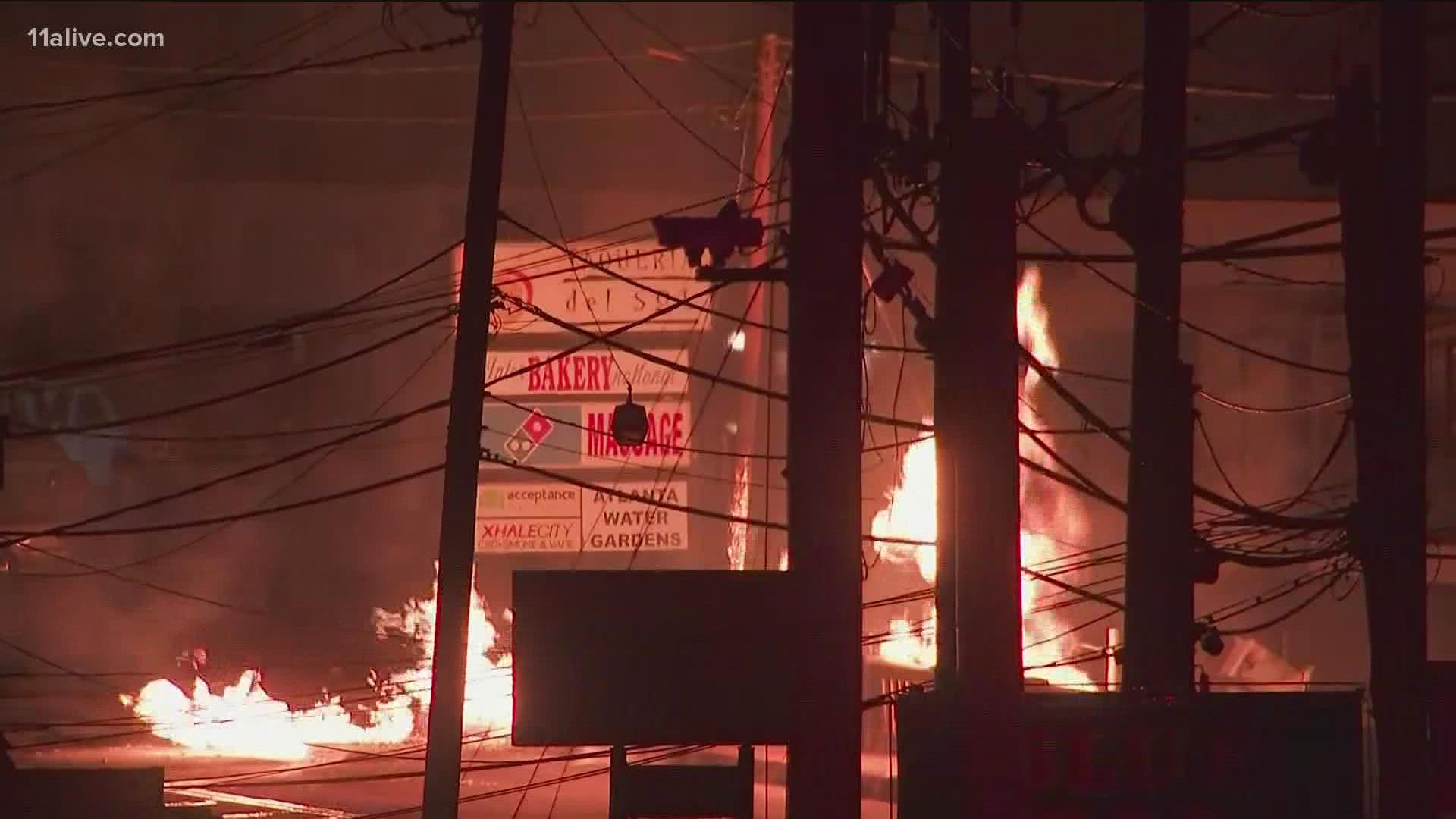 ATLANTA — A massive fire under a bridge along Cheshire Bridge Road broke out late Wednesday night and will likely cause traffic headaches for days, authorities say. It started following a natural gas leak.

Here's what we know:

The fire started around 9:15 p.m. on Wednesday. An initial fire damaged a 4-inch natural gas line, causing the pipe to ignite in flames.  Authorities have not determined an exact cause at this time. The flames were put out early Thursday morning just before 5 a.m.

Cheshire Bridge Road was completely shut down in both directions from Lenox Road to Faulkner Road. Around 6:30 a.m., they tightened the closure to just between Woodland Avenue and Faulkner Road.

Fire officials have already said crews noticed damage to the bridge and that it will need to be inspected and repaired. A timeline of when the road may reopen has not been released, but authorities say it could be "days."

BREAKING NEWS: A natural gas leak and fire has close Cheshire Brodge Road between Lenox Road and Faulkner Road. The fire is out but the bridge is damaged so this area will remain closed. Use Piedmont or Lenox as alternates. #11alive pic.twitter.com/TahBIDyp8b

This is a high-traffic area for commuters and residents in the area. Piedmont Avenue is a good option to get around the detour to the west of the fire scene. Lenox Road is an option to get to the east of the fire. You will not be able to access Cheshire Bridge Road at those points, but it will certainly get you to the area.

Crews shut off power to the area for several hours overnight, however, it was restored just before 6 a.m. As of 7 a.m., Georgia Power is reporting less than five businesses or homes without power.

Comparisons to I-85 bridge collapse

While it's not on the scale of the I-85 bridge collapse in 2017, any time there is a fire near a bridge on a major roadway, it brings back bad memories for Atlantans. I-85 was closed for six weeks as crews had to rebuild the bridge. Cheshire Bridge Road was actually an alternate route during that incident.  "This is different in nature. The circumstances are different. But I can tell you that heat and fire will compromise any structure," Atlanta Fire Sgt. Cortez Stafford said.

RELATED: The fire that caused the I-85 bridge to collapse was four years ago today