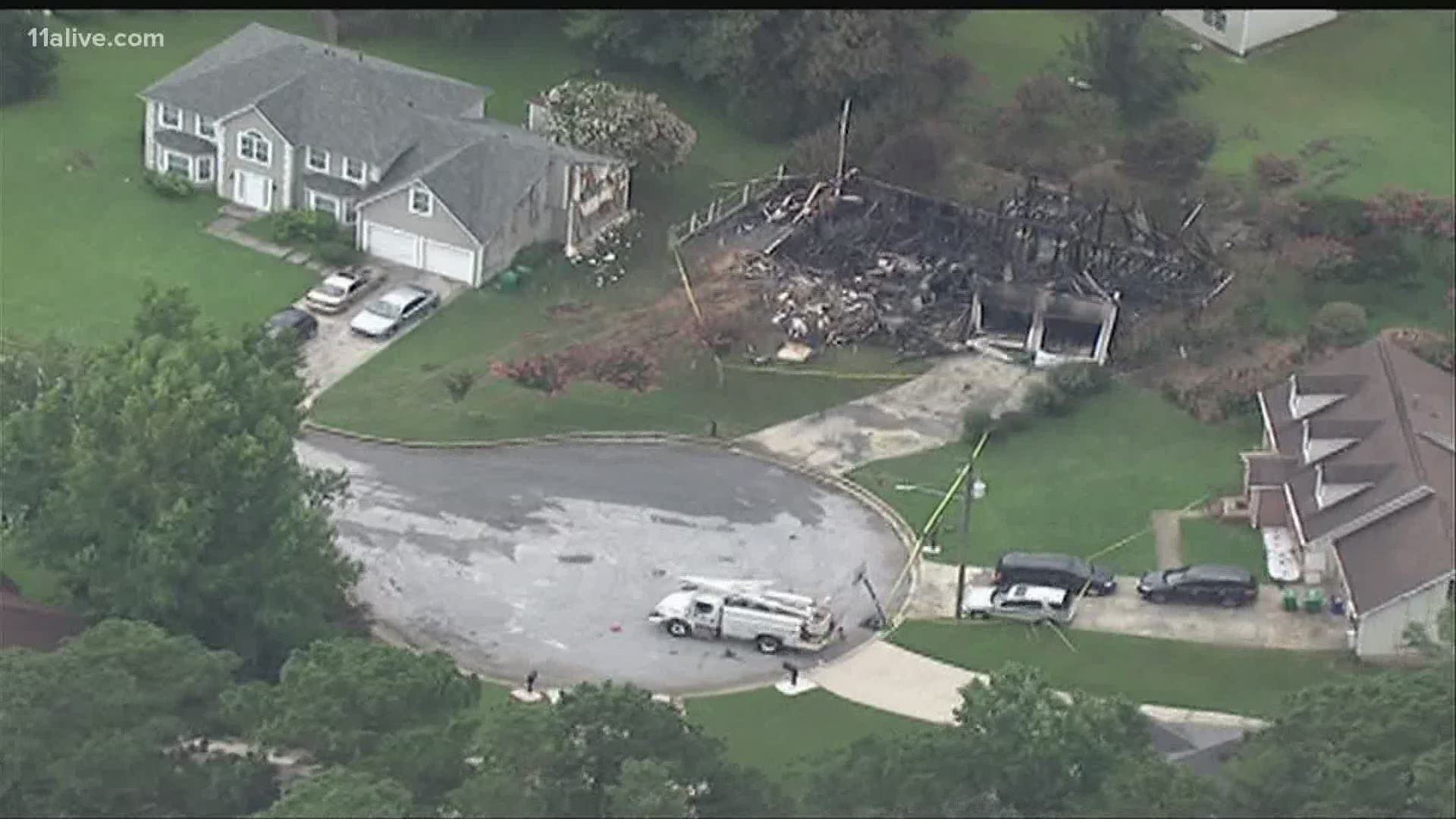 LITHONIA, Ga. — Fire officials are working to learn the cause of a deadly fire that took a life and destroyed a home Wednesday morning, officials said.

The home, located on Berryside Drive in Lithonia, went up in flames around 5:20 a.m., DeKalb County Fire and Rescue officials said.

Jaeson Daniels, the Public Information Officer for DeKalb Fire, said firefighters were met with heavy flames as soon as they arrived.

Daniels said the flames were "so intense" the homes near the fire were also at risk of catching on fire.

"While operating in a defense mode and protecting exposures, the second story of the home collapsed. While using hand lines outside the structure to darken the existing flames," Daniels said in a press release sent Wednesday afternoon.

The remains of the body were found among the debris of the fire, Daniels said.

No one else was injured in the fire, officials said. Investigators are working to learn the cause of the deadly incident.