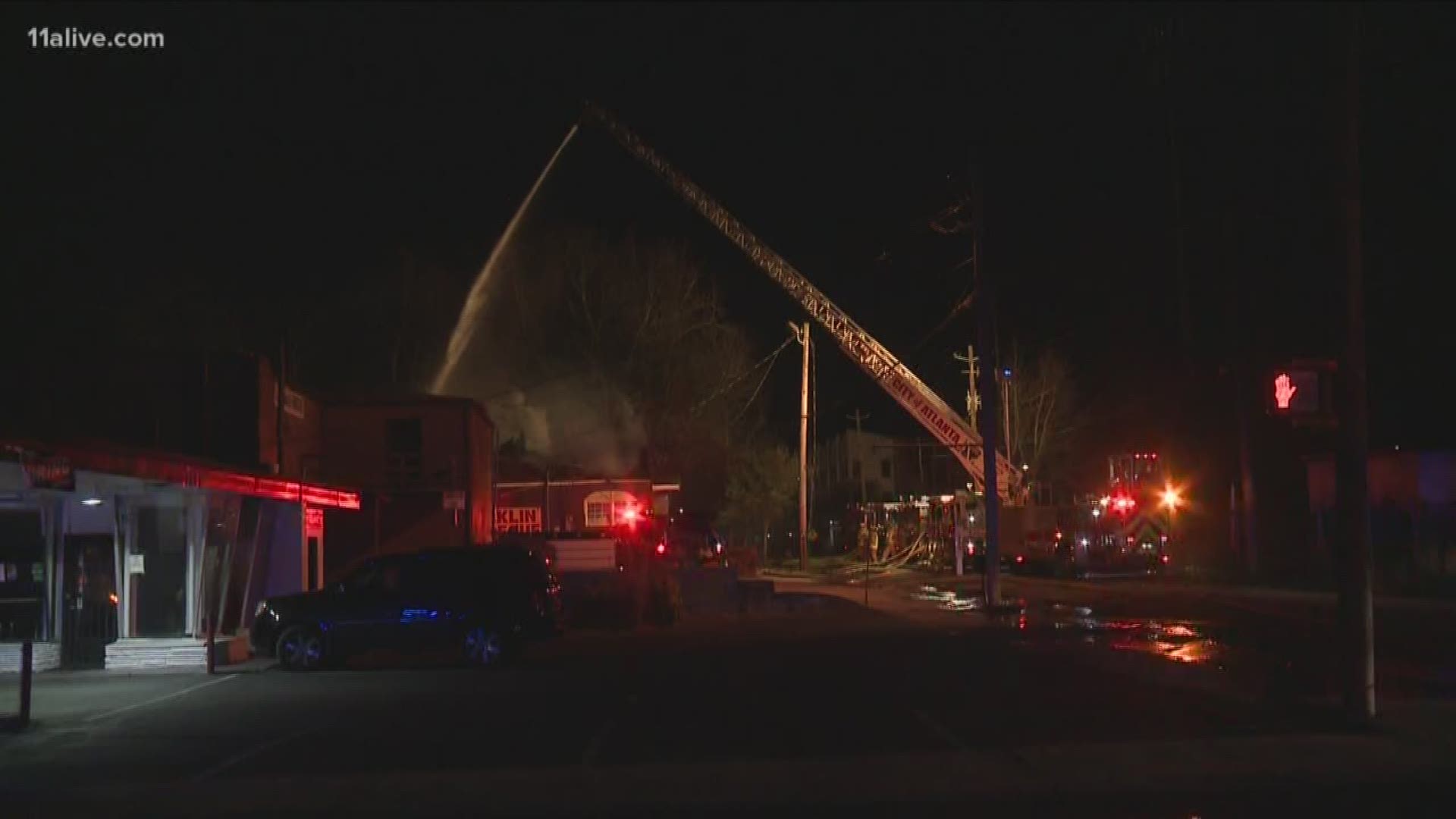 Firefighters are fighting an early morning blaze off Main Street in Atlanta.

Thirty-five to forty firefighters were on hand to battle the fire.The roof of the restaurant did collapse, according to Cortez.

He said the fire is under control, but still burning.

Firefighters are investigating whether a none working hydrant near the restaurant hampered their ability to fight the fire. 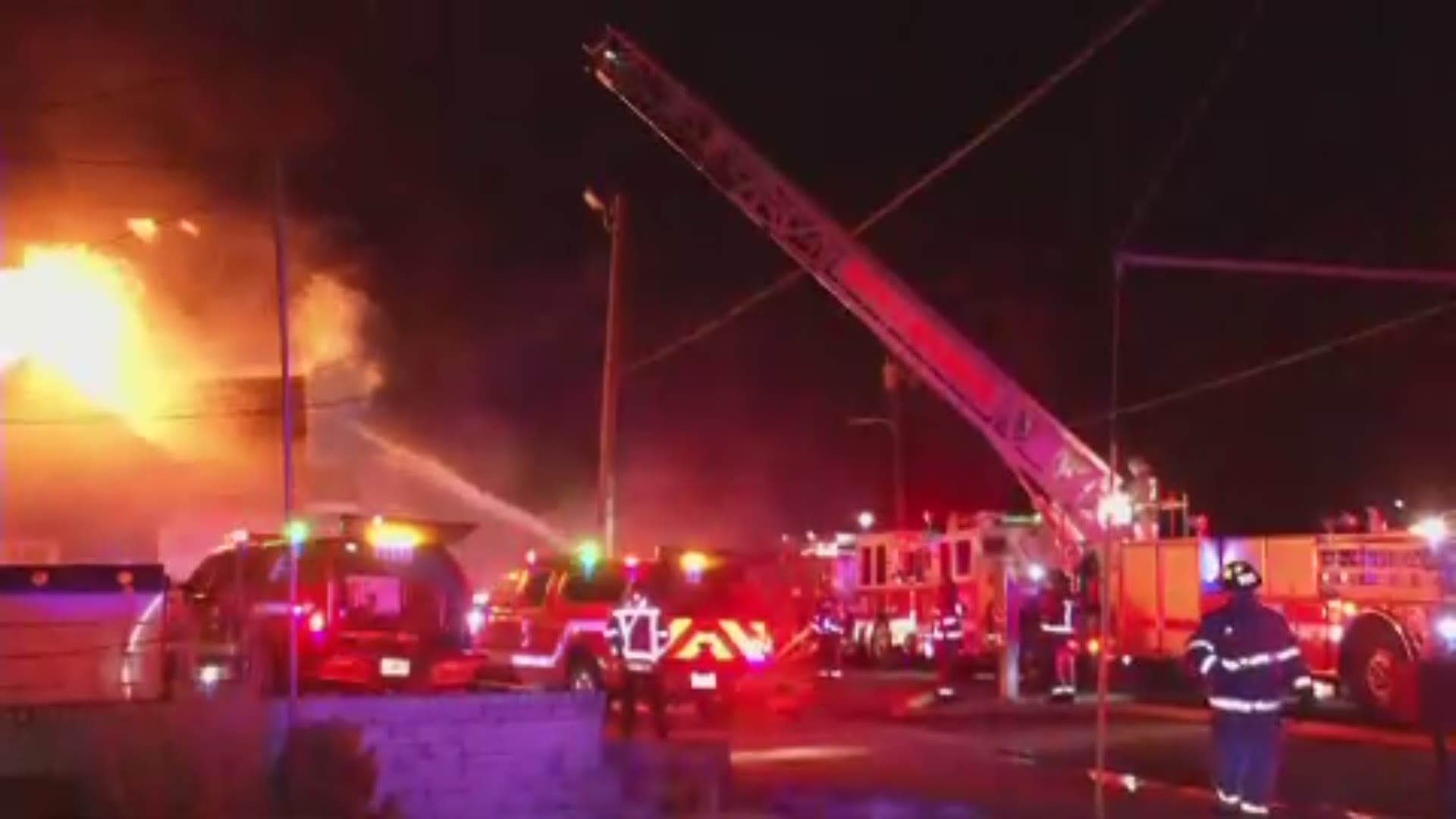 'We saw flames come out of the side of the house, then a geyser pop up out of the ground.'

Woman dies after she was rescued from Stone Mountain house fire