Atlanta attorneys Chris Stewart and Matt Weatherington said they are representing more than 40 people who have been affected by the outbreak. 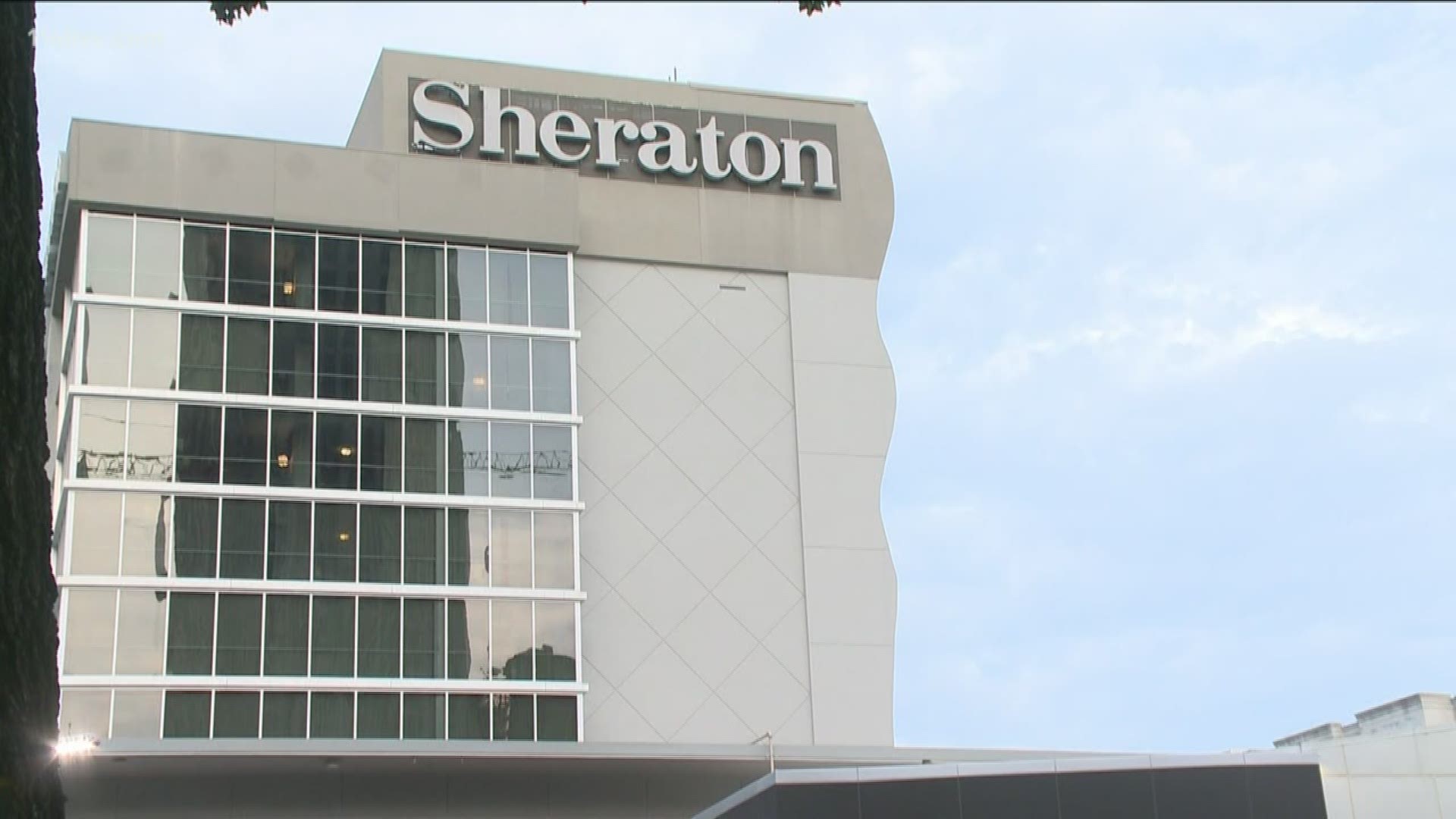 ATLANTA — Attorneys for one of the victims of the Legionnaires' disease outbreak at the Sheraton Atlanta hotel said Monday they have filed the first lawsuit in connection with the outbreak on behalf of a man who contracted the disease while he was at the hotel.

In a release, attorneys L. Chris Stewart and Matt Wetherington said that they represent more than 40 victims who stayed at the hotel.

This first lawsuit is being brought against the Sheraton Atlanta, its ownership and management group, among other defendants. Twelve of their clients have tested positive for Legionnaires' disease and will be retested in the upcoming days.

The lawyers said that each of their clients have experienced what they called "significant health issues" following stays at the hotel.

In a news conference Monday morning, the attorneys introduced 67-year-old Germany Greer, a photographer they are representing in the first lawsuit.

According to Georgia Health officials, as of Aug. 8, 12 cases of Legionnaires' disease have been confirmed as stemming from the Sheraton, including one death. The cases are all tied to people who stayed at or visited the Sheraton Hotel in Atlanta between June 22 and July 15.

The attorneys said Greer was present for six days of a convention that took place at the hotel. Afterward, he began to suffer what they called devastating medical effects on his life, including a loss of memory and taste, breathing issues, diarrhea and lost time.

Greer said that he could not count to 20 or even recall his own name when the symptoms were at their worst.

After visiting a doctor, Greer ended up spending four days hospitalized in intensive care while his condition was stabilized.

Over the course of three days, Greer said he lost more than 15 pounds as a result of his illness.

The Georgia Department of Public Health said Monday that up to 64 probable cases of Legionnaires' disease were tied to the outbreak.

Probable cases are defined as instances in which people had illness consistent with Legionnaires’ disease, including pneumonia diagnosed by a clinician or chest X-ray, but without laboratory confirmation.

The hotel closed voluntarily on July 15 and remains closed, however, according to Sheraton hotel management, the hotel and Georgia public health officials are awaiting results of additional testing before making a final determination regarding the hotel's reopening.

As of Friday, hotel officials said the hotel would remain closed through at least Wednesday.