“This has never happened before. It’s never gone beyond our fence, so it was kind of a shock,” said Steen. 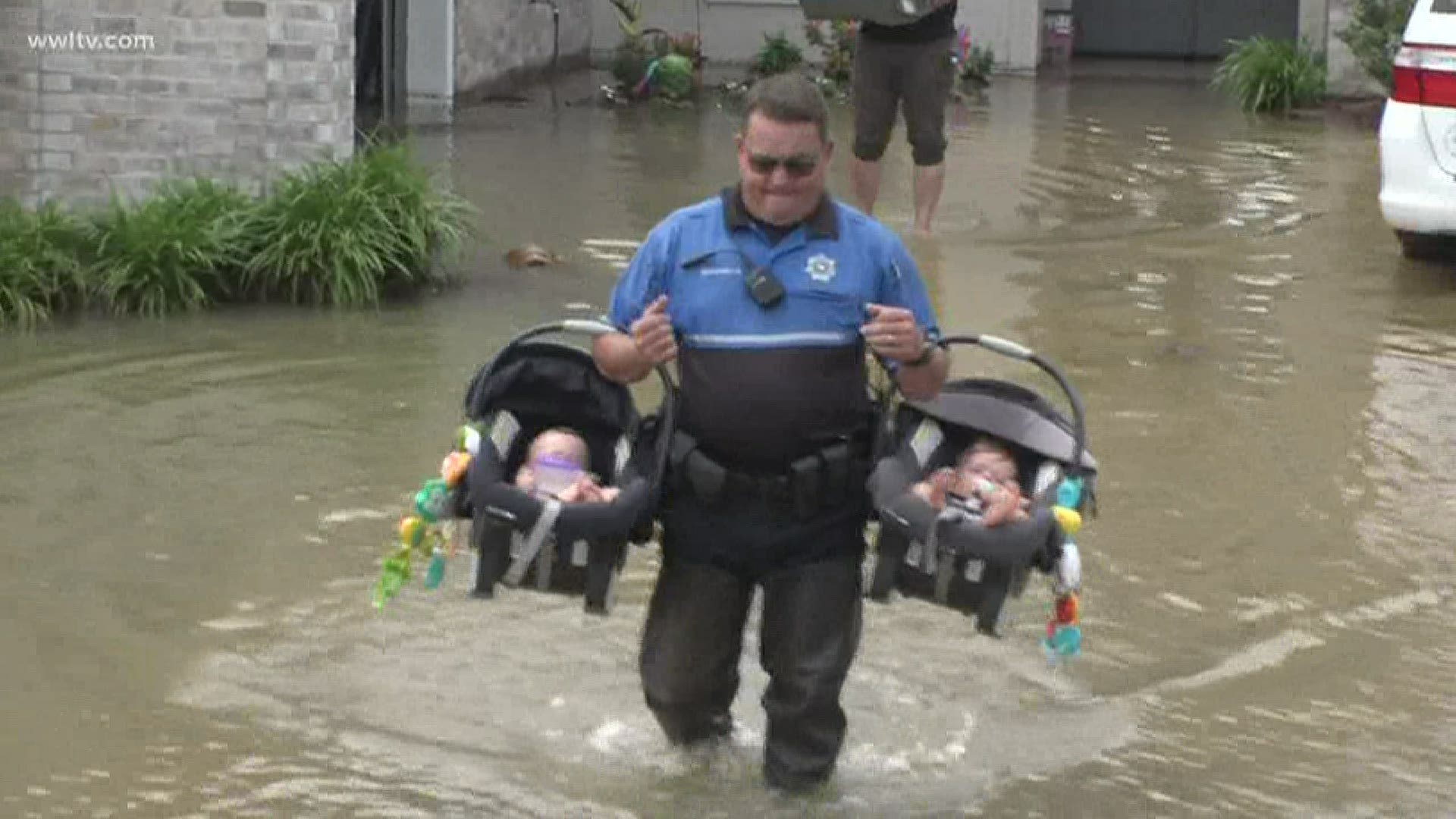 The Bedico Creek subdivision in Madisonville arguably took on the most water.  When we arrived at the subdivision on Friday afternoon the water at the entrance of this subdivision was receding, but more than a dozen people had been rescued from their homes because of the flooding further inside.

As we often do in these situations, we’ll look to interview first responders to get a better sense of the flooding.  We ended up in a high water vehicle and got a first-hand look at a family’s rescue.

On the ride, we saw cars drowning in floodwater, homes surrounded by the same, but there didn’t seem to be a sense of panic.  We actually saw a man in a canoe with his dog.  Some families waved as St. Tammany Parish sheriff's deputies headed to a family that needed help.

When the vehicle pulled up to the house, four deputies waded through knee-high water.  They went inside.  First, they carried out luggage.  Then they delivered what’s truly precious:  twin baby girls.

“At 9:30, I was just praying we could make to 11:30 because that’s when I saw it was going to stop raining.  We duct-taped the doors did everything we could. The water did not come through.  The rain stopped.  Then around 1 a.m., it started pouring through the walls,” said Steen.

They waited through the night with their twin baby girls, their son, relatives and a dog.  On Friday afternoon, they noticed the water was still rising.

“It’s pretty terrifying. I’m better now.  It’s hard with little ones.  I have twin girls, and a  three year old.  Calming them down is the hardest part because you want them to feel safe. It was a pretty long night,” said Steen.

Chief Deputy Jeff Boehm could say the same.  He lives in this subdivision too.  He and fellow deputies began rescuing people Thursday night, and that continued through Friday.

“We probably had seven or eight houses that took on water in this area here. We rescued just in this area, our 8th person,” said Chief Deputy Boehm.

Boehm says flooding in certain parts of the subdivision got as high as four feet.

“This has never happened before. It’s never gone beyond our fence, so it was kind of a shock,” said Steen.

With 16 inches of rain, there wasn’t much the family could do but get out.  The family says they’re going to go stay with relatives in Ponchatoula.  The last time we checked with the Chief Deputy Boehm, they had rescued 14 people since Thursday.  So, far they haven’t gotten any reports of injuries.

RELATED: Your video: heavy flooding across the Northshore