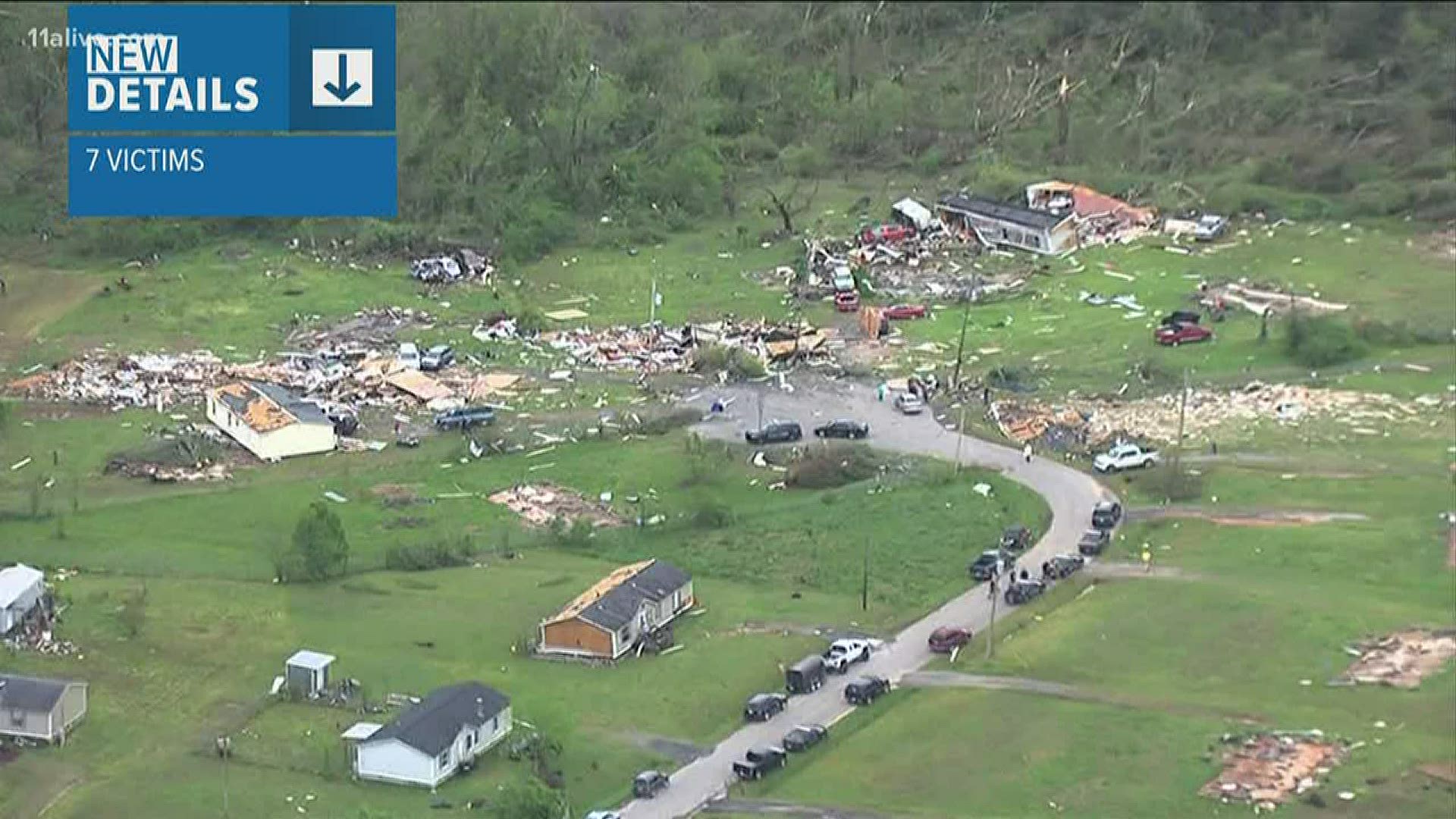 11Alive was on the ground at the trailer park Monday afternoon and captured images of the damage. One trailer was lifted off the foundation and tossed across the street. A family was inside and there were no serious injuries.

Another trailer where one of the deaths happened was completely destroyed.

The storms wreaked havoc across the state. Monday morning, a tree fell on a home in Cartersville, Georgia and claimed the life of a 30-year-old man.

In Upson County, a house was lifted off the foundation and pushed onto the highway.

MORE STORIES FROM THE STORM

Easter storms sweep across the South, killing at least 19 people